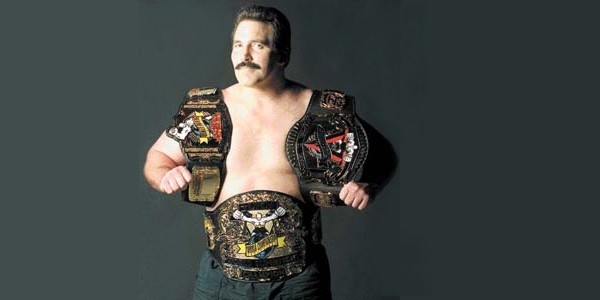 Dan Severn has captured the attention of fight and wrestling fans all over the world since his 1994 debut in the Ultimate Fighting Championships [UFC]. Dan Severn is known as “The Beast”, a name given to him by Jim Brown during one of his many fights in the UFC. The native of Coldwater Michigan has accepted all challengers in any no holds barred, or professional wrestling events. On May 17, 1996, Dan Severn was crowned the UFC Superfight Champion in his home state of Michigan. He demolished “The World’s Most Dangerous Man”, Ken Shamrock to regain the title. Dan Severn is the only triple crown UFC champion in the sport today. Severn has won two eight man tournaments and The Ultimate Ultimate 1996, which pitted champions and runner-ups against each another to determine the true champion of the sport.

Dan Severn began his career in the fight game as a Greco-Roman and freestyle wrestler. Dan Severn quickly became a top high school and collegiate wrestler capturing many titles, honors, and several national and world titles. As a high school wrestler Severn was a two-time national champion and set eight national records in his career. Dan was inducted into Arizona State University’s wrestling hall of fame at the end of his prestigious collegiate career.

After completing his degree program and graduation, Dan Severn continued on a quest to be the best amateur wrestler in the world. Numerous competitions from 1982 to 1994 took him to Japan, Hungary, Cuba, France, and Turkey. On each trip, Dan Severn captured another title. Dan Severn also secured 13 National AAU wrestling championships during those years. The Beast also tried his hand at coaching wrestling at ASU and Michigan State University as he continued to compete and excel after his collegiate career.

In 1994, this distinguished athlete stepped into “The Octagon” for the first time. The octagon is a 6’ high steel cage that is the focal point of the Ultimate Fighting Championships. The UFC is a no holds barred competition where athletes display their skills in a full contact event. This sport is the only event that pits athletes of different disciplines against one another. In the beginning there were few rules; no biting and no eye gouging. Through the years more rules have been added to the event to help the promoters work with the athletic commissions around the country. A bout is ended by a KO, TKO, athlete tap out, referee stoppage, or the towel being thrown. Dan Severn easily established his place among the best fighters in the world with his awesome competitive fire to be the best.

The Beast’s world class wrestling skill, commitment, and desire provided the foundation for his success. Dan Severn knew he needed to continue to improve his arsenal, so he added black belts in the sports of Sombo, Judo, and Jui Jitsu to his athletic package.

In addition to being technically skilled and feared by his opponents, Dan Severn is undeniably popular with the public. His athletic abilities and charisma with the fans have created a bond with supporters of this controversial sport. Severn always enters the arena to thousands of fans chanting “Beast”!

Dan Severn, through his notoriety in the UFC stepped in a different ring in 1998. The World Wrestling Federation wanted to capitalize on Severn Severn’s skills. Dan Severn wrestled weekly for the WWF weekly as he continued a grueling appearance, seminar, and no holds barred fighting schedule. He is known around the world as the most active competitor in sports today. Competing for over 30 professional wrestling organizations, 12 fight promotions, and speaking engagements. Dan also held the National Wrestling Alliance heavyweight title in the professional wrestling ranks for longer than any other previous NWA champion. He has over 95 state, national, and international wrestling titles under his belt, and in 1999, reached a milestone by competing in his 4000th match.

The future of this renaissance man is unlimited. Dan has been profiled in the press around the world in such publications as USA Today, People, Karate and Kung Fu Illustrated, Black Belt Magazine, MAD, Full Contact Fighter, and many of the pro wrestling publications. The Internet is full of the Beast’s accomplishments, as well as his official web site. Severn also runs a wrestling product company and holds annual wrestling clinics for kids of all ages. He has appeared on 48 Hours, 20/20, The Gordon Elliot Show, Nash Bridges, and many commercials.

Dan Severn has been instrumental in introducing fighters into the UFC, including a two-time tournament champion. He has also introduced the first female no holds barred fighter in the U.S. to the world. She is now the number one ranked fighter on the scene today.

Dan Severn has developed a 10,000 square foot training facility on his property. This facility will be able to house and train individuals for martial arts, amateur wrestling, professional wrestling or the fight game. This facility is a haven for athletes to train and gain the knowledge that the Beast has to offer.

In 1999, Dan joined forces with Becky Levi [the number one ranked female fighter in the world]. They created a Mixed Martial Arts promotion called The Danger Zone and currently showcase tremendous fight cards around the country. This promotion is geared around the amateur fighter to help develop a backbone to the sport. Professional bouts and amateur tournaments are all part of the Danger Zone.

With all the success and attention, Severn remains humble and down to earth. Dan Severn has strong ties to the community in Coldwater, and in being a good role model for children. His motto is “Not only do you need to build a strong body, but you must also build a strong mind to enhance it”.

Severn has fought for many NHB and shootwrestling organizations including International Fighting Championship, Extreme Challenge, Future Brawl, United Shoot Wrestling Federation, Pride, U-Japan and a few Brazilian organizations. Dan Severn is considered to be the most active fighter in the sport today.