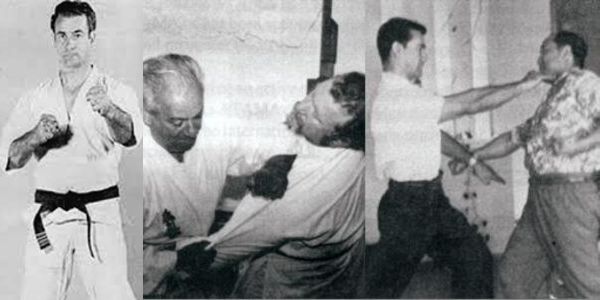 When war broke out in 1941, Don Buck attempted to join the service, but he was too young. When he turned 16, in 1942, he went into the Navy. In boot camp he was first in all the physical tests the recruits had to take. His favorite test was the Obstacle course. He always finished high on IQ Tests as well, so he was slated to join the commandos. He went to the Admiralty Islands where they trained hand to hand. The training was really rough. Often at night he remembers the Japanese calling his name and the names of his buddy’s when they were on guard.

In the islands Don boxed for the fleet at 137 LB’s. He had over 70 bouts and he lost only one. Later he came back and beat the one opponent he had not defeated. This opponent was an out of shape pro boxer and he told Don to get out of boxing while he still had his wits, there is no money in it. Don took his advice and began looking to learn more in the martial arts.

In 1946, Don was honorably discharged from the Navy and returned to San Francisco where he began weight training and powerlifting. He was Mr. California in the 1950’s. It was there that he found Duke Moore‘s judo and jujitsu school. He told Duke he knew judo and self-defense. Duke showed him a different side of judo and jujitsu. While in San Francisco, Don Buck also studied hung gar kung fu under Y.C. Wong and t’ai-chi-ch’uan with Siufan Chan in Shanghai.

Don Buck met Mas Oyama in the mid 1950’s. Don Buck was one of the first non-orientals to instruct the Kyokushinkai style of Karate and he received his 4th Dan on September 8, 1960. One of the first requirements for Black Belt required Don to do the 100 man kumite. Not to just fight 100 men but he had to win 100 matches. Which he did. Mas Oyama would take Don to different dojos and do challenge matches. Some of the workouts were 4 to 6 hours long and very physical, but that was exactly what Don liked. Mas Oyama and Don would be sparring and, as Oyama would say, “you do not hit hard enough,” and Don would blast him and say with a laugh, “how was that,” and Mas Oyama would say “Osu”! This was their fun. 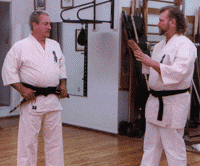 Don Buck’s first school opened as Oyama’s Karate  in 1957. It was the first Kyokushin Dojo opened in the Continental United States. Years later he changed the dojo name to the School of the Tiger. Don Buck opened many schools in the years that followed. His schools were opened mainly on military bases all over the San Francisco bay area.  He wanted military people  and their families to be able to train.

One of Don Bucks well know students is Mike Dayton. 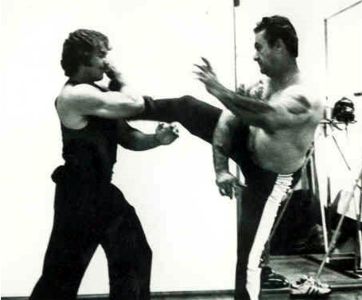 Don Buck was born on September 2, 1926 in San Jose, California. He passed away September 11, 1998 in his home in Benicia, California with his son Fred and wife Alice at his side.

USAdojo - January 13, 2012
We use cookies to ensure that we give you the best experience on our website. If you continue to use this site we will assume that you are happy with it.OkRead more