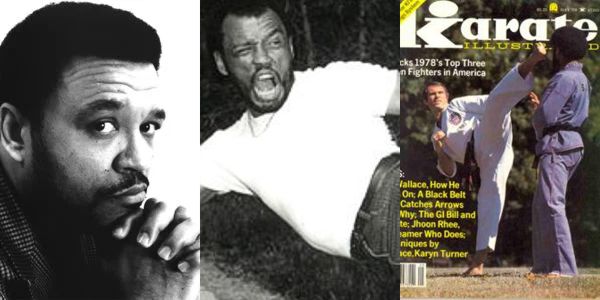 Earnest Hart, Jr. is a world class martial artist champion, physical fitness trainer, actor and seminar specialist. In the ring Mr. Hart earned a reputation as the man to beat, and during his days as a competitor was considered one of the most formidable competitors of the day. 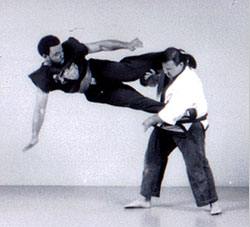 As a teenager he trained in judo, karate and jiu-jitsu. At 19 these skill were put to task as he shot onto the kickboxing scene, and at age 21 Mr. Hart won his first World PKA Kickboxing title. Among his many other accomplishments Mr. Hart is the only man ever to win four kickboxing titles at the welterweight class. 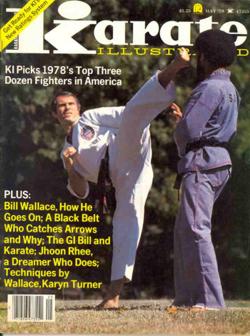 Named on the “Top Ten Kickboxers of All Time” by Inside Karate magazine, Mr. Hart’s brilliant career includes motivational speaking and seminars. The topics range from “Just Say No To Drugs” to Rape Awareness clinics. Mr. Hart has given seminars for people like Chuck Norris and Pat Johnson in addition to training some of the countries top athletes like baseball legend Ozzie Smith and OJ Anderson of the Giants.Earnest Hart

In 1992 the martial arts champion was invited by His Imperial Highness, the Emperor of Japan to teach His Majesty’s Imperial Guard his brand of self-defense. Mr. Hart is the only non-Japanese ever to be so honored. He was also demonstrated his art in a Royal Command Performance for Princess Grace and Prince Rainier of Monte Carlo. 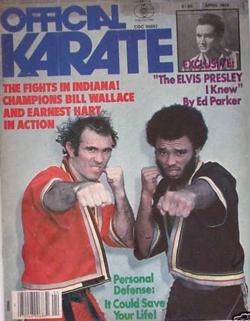 Mr. Hart was the official trainer for the 2000 Super Bowl Champions Saint Louis Rams football team. In addition to keeping those gridiron superstars in prime time physical condition he taught them how to apply various martial art techniques to the game of football. The Rams coach and players all agreed that Mr. Hart’s unique program was an important part of the Rams physical fitness program and game plan.

Editors Note: Currently Mr. Harts does teaching and training for bodyguards on the finer points of personal protection and CQC (Close Quarter Combat), Hart also provides personal safety and training services to a variety of clients, and teaches self-defense courses to individuals, schools and corporations.

USAdojo - September 11, 1998
We use cookies to ensure that we give you the best experience on our website. If you continue to use this site we will assume that you are happy with it.OkRead more