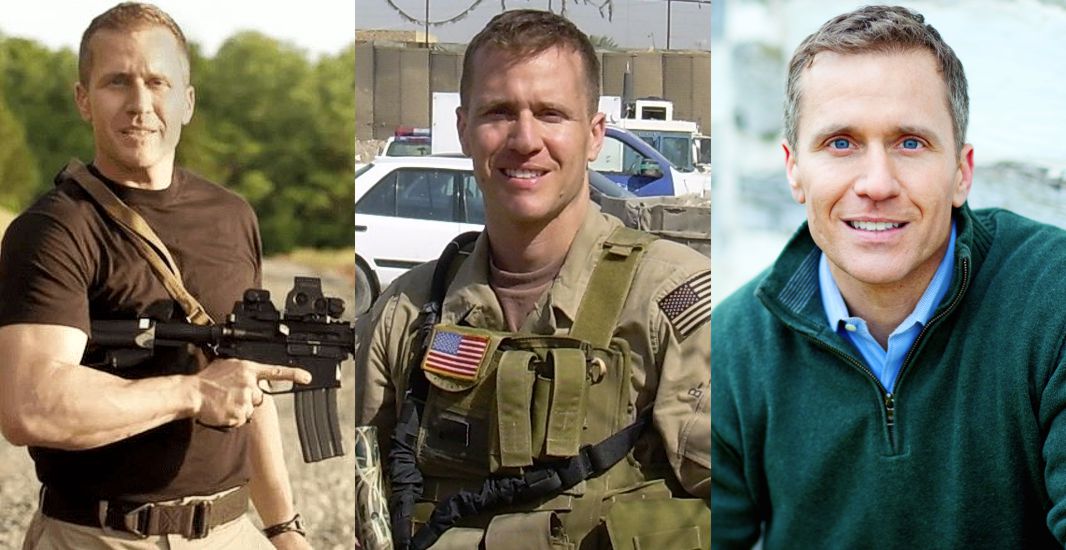 As a boxer, Eric Greitens won two Oxford Boxing Blues and the Gold Medal at the BUSA National Boxing Championships. He holds a Black Belt in Taekwondo. Eric is also a sub-3 hour marathon runner and the winner of the Shamrock Marathon at Camp Fallujah, Iraq.

Eric Greitens was born and raised in Missouri, where he was educated in the public schools. He was an Angier B. Duke Scholar at Duke University, where he studied ethics, philosophy, and public policy. Selected as a Rhodes and a Truman Scholar, he attended the University of Oxford from 1996 through 2000. There he earned a master’s degree in 1998 and a Ph.D. in 2000. His doctoral thesis, Children First, investigated how international humanitarian organizations can best serve war-affected children.

He has worked as a humanitarian volunteer, documentary photographer, and researcher in Rwanda, Cambodia, Albania, Mexico, India, Bosnia, and Bolivia.

After returning from Iraq in 2007, Eric donated his combat pay to found The Mission Continues, a national nonprofit organization that challenges veterans to serve and lead in communities across America. As CEO, Eric has been recognized as one of the most innovative leaders in America. The Manhattan Institute for Social Entrepreneurship recognized him as one of the five leading social entrepreneurs in America. Major League Baseball and PEOPLE Magazine named Eric an “All-Star Among Us”, the National Conference on Citizenship named him its “Citizen Soldier of the Year”, and in 2008 the President personally presented Eric with the President’s Volunteer Service Award in recognition for his inspiring national leadership.

A photographer and writer, Eric is the author of two books. Strength and Compassion is a collection of photographs and essays that was recognized as ForeWord Magazine’s Photography Book of the Year, and as the Grand Prize Winner of the 2009 New York Book Festival. His second book, The Heart & the Fist: The Education of a Humanitarian, the Making of a Navy SEAL, relates Eric’s story of leadership and service as a humanitarian and a warrior, and was a 2011 New York Times Bestseller. Eric teaches as a Senior Fellow at the Truman School of Public Affairs at the University of Missouri and at the Olin School of Business at Washington University in St. Louis. His work has been covered by national media outlets including NPR, CNN, NBC Nightly News, Fox, CBS, MSNBC, The Colbert Report, the TODAY Show, USA Today, the New York Times, the Wall Street Journal, and the Washington Post.