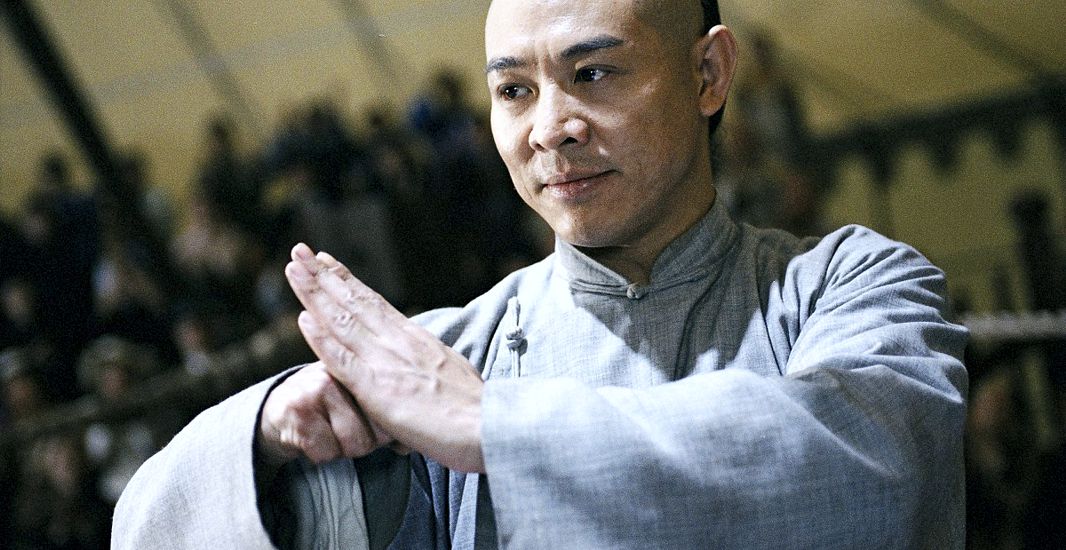 CHINA began its history several thousand years ago, and has since been a state of ceremonies in the world. As early as in the Spring and Autumn Period, Confucius (551-479 B.C.), one of the greatest thinkers and educators in ancient times, realized how important it was to practice etiquette and spent practically all his time publicizing and promoting it. Under his everlasting influence, people in China lay considerable emphasis on the treatment of one another with respect. This is also true of wushu practitioners who think that etiquette is one of moral characters to be developed by all martial artists. Those who want to practice martial arts should learn something about etiquette and other moral characters beforehand.

First of all, they should have a clear object and their motive be good. This means that they must be open- minded, seeking no personal gains, defying brute force, never oppressing the weak, upholding justice, standing on ceremony and keeping their promise. If they practice without cultivating their moral characters, they will never get the real essence of wushu. Every school of Chinese wushu has set its own standard in moral characters. Take neijiaquan (internal boxing) prevalent in the Ming Dynasty (1368-1644) for instance. It is stipulated that neijiaquan will not be taught to men who are evil-minded, bellicose, inebrious, loose-mouthed, stupid and cowardly.

The Ten Disciplines of Shaolin, which appeared during the Ming Dynasty, tells Shaolin masters to be prudent in choosing their disciples, and only those who have proved to be really honest, tolerant and right-minded can be taught Shaolin wushu. It says, “The main purpose of practicing martial arts is to strengthen the body. Therefore training should be conducted regularly in the morning and at night and cannot be discontinued at will. Practitioners should bear in mind that when they master skills, they can only resort to them for defence. Whoever practices wushu should never commit outrages when he has mastered remarkable skills. Those who violate this discipline will be punished in the same way as those who are against the Buddhist rules. Disciples should treat their masters courteously in every way, showing no trace of insolence and disobedience towards them.”

“A man who is determined to be martial artist should cultivate good moral characters before starting to practice wushu. In other words, he should learn first of all to be modest and courteous, never struggling for worldly gains. Only in this way can he become a real gentleman.”

All this shows that the cultivation of moral characters is a time honored tradition that Chinese martial artists have cherished for ages. It is for this reason that various forms of etiquette have come into being, which are compulsory for those who are ready to devote themselves to martial arts in China.

The most commonly seen etiquette is the so-called baoquan which is usually used to say hello, bid farewell or express gratitude in the wushu communities. The name comes from such a gesture that a fist formed by the right hand is held by the left palm with thumb bent and other fingers drawing together, and in the meantime, both arms are bent to form a circle. There are quite different interpretations of the meaning of this etiquette. A widely accepted explanation is that to extend four fingers indicates all martial arts in the world are of the same line, to bend thumb means that you are modest, to put a fist in a cupped palm expresses the hope that you are willing to make friends through martial practice and to form a circle with arms shows that all martial artists on earth are of one family.

Of course, there are some other explanations for this etiquette. The following is among them. To straighten four fingers of the left hand is a Buddhist rite meaning willingness to practice charity and accumulate virtue. To cover the right fist with the left palm expresses the desire of oppressing the evil with the good and getting rid of brutal force with etiquette. When you salute in this way, you should stand with legs straightened and feet drawn together. But when expressing gratitude and admiration, martial artists usually take a big step forward with one foot and then kneel down on the other. You may also find that a man extends his thumb and forefinger to form a ring with the other fingers as well as arms remaining in the usual way This form of baoquan was generally practiced by itinerant entertainers and chivalrous men who said they were only third (san in Chinese) in comparison with other martial artists and made a ring with their fingers whenever they spoke out. This does not mean they were third oldest children in their families or third oldest disciples under the tutelage of the same masters. We can find so many chivalrous men named so in the history of martial arts. Prominent among them were Shen San, a famous wrestler living in Beijing towards the end of the Qing Dynasty, Bao San, a martial performer who gave demonstrations at Tianqiao in Beijing between the ’30s and ’60s of the century, Zhou San, who was famous for his cudgelplay in Shandong Province, Wei San, who was well-known for his liuhe tanglangquan (liuhe mantis boxing) in Hubei Province and Gao San, who was expert at yaoziquan (sparrow hawk boxing) in Shaanxi Province.

Martial artists also lay much stress on appellation(name or title). For example, you can call your instructor shifu and his wife shimu; if your instructor is female, you can call her husband shidie. When you meet his or her brother, sister, father and mother, you will call them shishu, shishen, shiye and shinai respectively. Shixiong (elder brother), shidi (younger brother), shijie (elder sister) and shimei (younger sister) are used only to address your fellow disciples. On the other hand, if you are taken on at an official ceremony, you will be called tudi (disciple) by your instructor; otherwise, you will be called xuesheng (student). Your first and second- generation disciple will be addressed tuzi (son) and tusun (grandson). Other appellations should not be neglected. Among other things, rumen dizi, which refers to a disciple who takes the fancy of his master, makes appearances anywhere his master appears and is regarded as a man who has mastered the real skills of his master. Guanmen dizi is the last disciple that a master has accepted in his lifetime.

The application of the above mentioned appellations has nothing to do with the age of the addressed. It is usually determined by the generation you belong to in the wushu circles and the date when you start martial training under a master. Therefore it is not strange that when an older practitioner calls a younger one shixiong, shishu and shiye.

There are different ceremonies for a wushu enthusiast to take a master as his own instructor. The procedure is that you should go to a master’s under the recommendation of a third person. But, you may find that some people are so eager to learn wushu and have a deep admiration for a master that they go to them directly. Then, you will write an application, expressing how much you admire him both as a most respectable man and a martial artist and giving a brief account of yourself. The would-be master, after receiving the application, will make a series of tests and investigations of your personal conduct, physical conditions and the level that you have reached in martial skills. If he is satisfied with what he has found about you, he will send you a letter, saying that he has accepted you and fixed the date for a special ceremony That day, a banquet will be given in honor of well-known figures from the wushu circles who have come for the ceremony

When exchanging a few words of greeting, all at present sit down and the ceremony will start. First, with the ignition of three joss sticks, you pay respect to the memorial tablet in honor of the founder of your school or a tablet or a utensil symbolic of your school. Then, you will kneel down three times and kowtow nine times to pay your respect to your master. the so- called three-kneeling and nine kowtow ceremony When all this is over, your master helps you up and introduce you to all those who attend the ceremony and the banquet will start.

As there are many schools of martial arts in China, you may find procedures for accepting disciples quite different. Since the founding of New China, many forms of etiquette including those for accepting disciples have been reformed and simplified, but emphasis has never failed to be laid on the respect for masters and the love for disciples as well as the cultivation of moral characters.

Humility is Key to a Fighter’s Success

Mike Stidham - October 14, 2015
We use cookies to ensure that we give you the best experience on our website. If you continue to use this site we will assume that you are happy with it.OkRead more