To effectively bring weapons to bear you must vanquish the inner muggers – voices of doubt, can’t, shouldn’t – and overcome moral or spiritual conflicts.

Picture this, Betty Jo is home alone. Wearing her favorite flannel nightgown, she shuffles into her u-shaped kitchen and fixes herself a cup of “Sweet Dreams” tea. Suddenly, the kitchen door is kicked in, and the prospect of sweet dreams turns into her worst nightmare. “Shut up, shut the f… up!” the hulking man spews as he closes in. Fearing for her life, Betty Jo backpedals in horror, becoming trapped in a corner. The attacker slaps and punches her, knocking her to the floor.

The rest of Betty Jo’s nightmare appears in the morning papers.

But it doesn’t have to be this way. Quick thinking, savage instincts and a surly survival mindset could turn her nightmare into his horror story.

How many objects in this scene could be used as weapons?

Let’s replay this with a different ending, taking it from the moment the attacker enters: In spite of her terror, Betty Jo glances around hunting for and maneuvering closer to weapons of opportunity. She feigns weakness, pleading to buy time, but has already set her mind: The only way out is through. Taking matters into her own hands, Betty Jo erupts like a fireball.

She grabs a nearby metal colander and whips it at his eyes. He flinches, and by the time he recovers she has already snatched the boiling pot of water from the stove and thrown it in his face. Never wasting a moment, she slams her handy cast-iron pot cover into his mug, backed up by all her might and a bellicose war cry. As his hands reach for his pained face, she assails him with knee strikes. In spite of being struck back – adrenaline really is a wonder drug – Betty Jo grabs her attacker by the hair, smashing him face first onto her granite countertop. She kicks his legs out from under him, grabs a knife from the counter and bolts out the door.

My version is dramatic and idealized, albeit. I don’t mean to suggest that striking back is always the best or safest option, but it illustrates a crucial lesson: Self defense means being adaptive. To be prepared you must own your world and learn to transform everyday objects into weapons of opportunity. Bad guys shouldn’t be the only ones doing this. 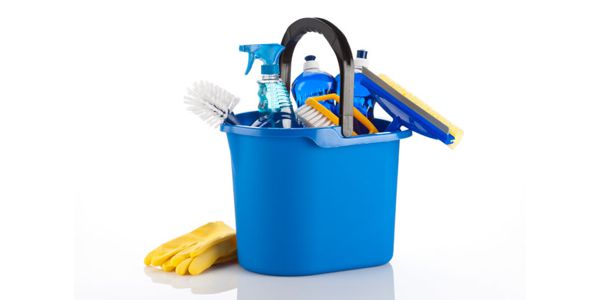 Today’s technology should work for us. Why “go physical” and ruin my makeup if I can zap a bad guy with my stun gun and make it to dinner on time? But overlying on your firearm, pepper spray or device-du-jour is dangerous. Violence pops up when women least expect it. Your body and whatever is within arm’s reach is all you can initially count on.

Once you know how to use your body to generate power and you possess resolve, the deep muscle that funds all acts of self-protection, a pen in hand, junk on the street, or a hallway fire extinguisher, when used against a vulnerable target, become handy, dandy weapons.

What follows are a few examples. But remember: Even with a “weapon” in hand, never expect one strike or surprise attack – e.g. hot liquid in the face – to enable escape. A pumped up aggressor can take a lot of punishment, so get your Mojo in gear and go maximum yang!

In spite of my battle-girl persona, I too can think of few things more repugnant than smashing or cutting another human being. The use of aggressive force, and subject of weapons, grates against femininity and feminism’s non-violent ideals. But talk and empathy are not always saving graces. And estrogen doesn’t make us sissies!

To effectively bring weapons to bear you must vanquish the inner muggers – voices of doubt, can’t, shouldn’t – and overcome moral or spiritual conflicts. (Example: I’m a worker for peace vs I’m about to bust bones.) A divided heart can jeopardize your ability to unhesitatingly strike back when seconds count and your survival may be at stake.

Reconciling the forces of dark and light, the maternal and killer instincts, are deeply personal matters. But when women give themselves permission to do “what it takes,” owning the fact that this violent capacity is part of our female inheritance, they often claim their greatest strengths, and can jump these hurdles like a tiger through hoops.

Feminist author Robin Morgan said it best in the 1970’s when advocating that women acquire self defense skills. “These skills are only tools; they have proven murderous or at least exclusive options in the hands of men; they could be liberating in the hands of women.”

Instead of shunning aggression, let us view it as a resource.

Here’s your homework: Wherever you are, imagine you are suddenly ambushed. Give yourself three seconds to get a “weapon” in hand with the emotional and physical readiness to use it. Practice this often until it becomes second nature.

Visualizations are another powerful learning tool, so picture yourself in scenarios like “Betty Jo Goes Ballistic.” See yourself fighting back, wielding the tools of your environment like a Warrior Goddess with Attitude.

Your spanking new motto: Harmony… or Else!