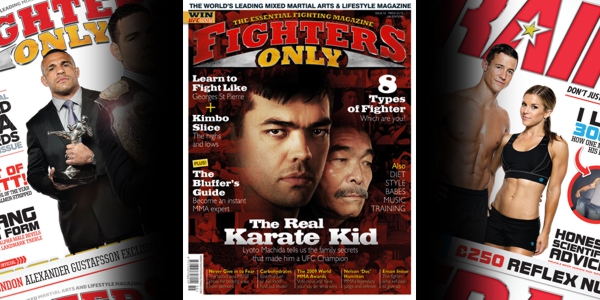 Fighters Only Magazine is the UK’s only Mixed Martial Arts publication. It was launched in February 2005 with the aim of providing MMA fans in the UK with high quality news, reviews and features in a magazine format. Since the first issue the magazine has set precedents that ‘break the mould’ in which combat sports have been represented in print.