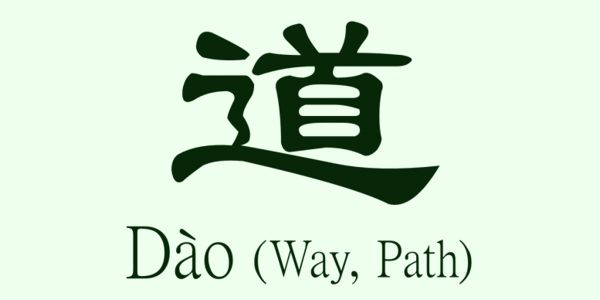 All of the above are correct, but there is a big difference between formlessness and sloppiness. The movement of formlessness does have not only a sense of order, but a purpose, defense and offense.

But how does one arrive at this point where one can improvise continuously, displaying unlimited creativity?

The first step is to learn a form. The more continuity that the form of choice includes, the better. After one learns and is familiar with the form, the next step can be taken. One should practice or move in and out of particular stances. These need to be standard on guard stances at first.

For Taijiquan forms, some basic postures include, “Play Guitar” (or “Playing The Pipa”), “Crane Spreads Wings”, “Fist Under Elbow”, “Mustang Ruffling Its Mane” (single leg stance), “Repulse Monkey” (in between steps, feet close together), single leg stances upon retracting the leg (after kicking), and moving from one posture into another.

This process works in an amazing way in that the more stances you find, the more you will discover. Stances meaning postures.

One of the things to maintain is the avoiding of any practice of strikes, be they punches or kicks. The more positions you can assume, the more options you have in sparing and self defense.

The day that you realize that you have attained it is always after you already have.

Any form that you learn after attaining formlessness in movement will also be seen in your formless movement as well.

The important thing is to find as many postures, positions, or movements that you can apply as a deliberate state of readiness until they become spontaneous.

What needs to follow is the test of this new found level, and the perfect setting is to spar, hopefully in a friendly atmosphere.

This is where not only the movement can come into play, but more importantly, the many possibilities and options of all types of combat. None of which by the way, need resemble this system or that system.

That is the Dao of formlessness in movement.

Taiji forms in particular are ideal for this practice mainly due to the continuity of movement, despite the difference of styles. This continuity is already more of an improvisational leaning than those characterized by stop and go rigidity.

With the discovery of new variations on forms such as the Chen family’s small frame with a lineage dating from the 1700’s, this should be an exciting opportunity to reach higher martial arts excellence.

There are some forms that are a true challenge, and in the realm of Taiji, Cannon Fist is one such form. It is even more difficult to use in this context because one it is based on overt attacks, and two, half of the form is in the air.

As long as one is not in danger of losing the form (mentally and or the source as a book , etc), one can always combine postures by changing the actual or original stance. In this way, one can still make considerable progress with a “difficult” form.

It is important to keep in mind that this is not to become a practice of any techniques, but the infinite positions from which attack and defense can be launched.

I wish to thank my past martial arts instructors James Eaton Jr., Lee Moy Shan, Larry Banks (who introduced me to this subject), and the wonderful students of the late Taijiquan genius Jou Tsung Hwa.

Creativity, Culture, Power Plays and the Dao Of Movement