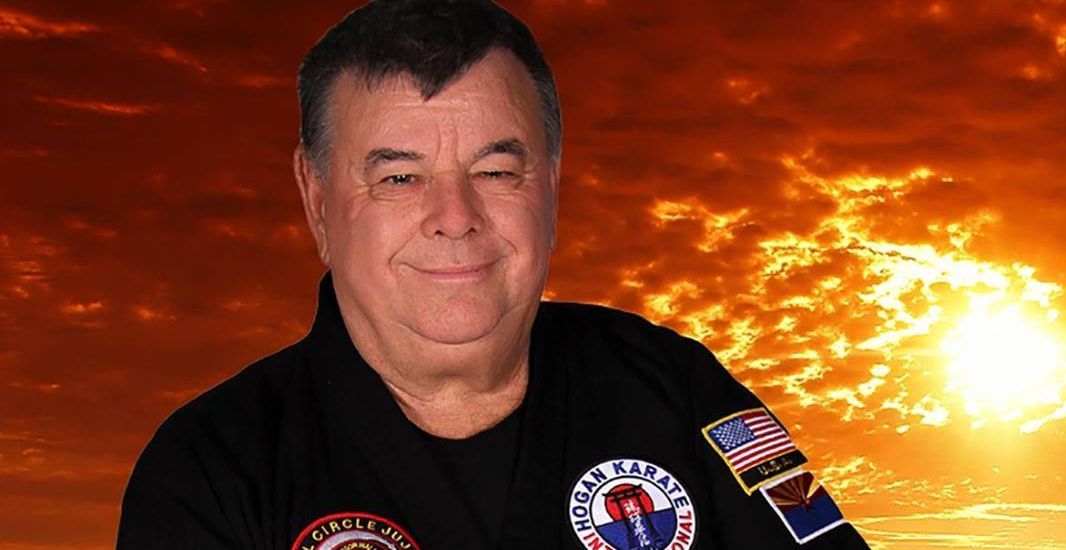 Grandmaster Mike will always be remembered as an enthusiastic lover of the martial arts. He relished the opportunity to travel the world over to attend and teach at seminars and workshops. He equated teaching with learning, and he was never too proud to learn something new, even from students in the kyu ranks. He frequently stopped in as guest teacher for the kids at Heidi Olson’s Tamashii Ryu Four Dragons Martial Arts dojo in Lake Havasu City, Arizona. Grandmaster Ferreira was also a champion for women in the martial arts.

Mr. Ferreira proudly served in the U.S. Navy in the Vietnam War as a helicopter gunner. His best friend, Master Norman Johnson (Small Circle Jujitsu) recounts that Grandmaster Ferreira continued to be haunted by his Vietnam experience, and that he used martial arts to move past it.

Michael Ferreira pursued a number of styles, reaching the rank of Grandmaster, 7th Dan in Kyusho-Jitsu (pressure point fighting) from Hogan Karate International. He also achieved 5th Dan in traditional Ryukyu-Kempo from the United Ryukyu Kempo Alliance (Master Renshi level) and ranked at the Master level in Kyusho-Jitsu from Dillman International. Professor Leon Jay promoted him to 3rd Dan in Small Circle Jujitsu, and he was an avid student practitioner of Kosho Ryu Kempo through Hanshi Bruce Juchnik.

“Michael Ferreira Renshi served as a leader and teacher with the United Ryukyu Kempo Alliance. Mr. Ferreira’s pursuit of understanding and willingness to share his discoveries with all who would be in need was what defined him as a teacher and friend.

Ferreira Renshi never made any apologies for having friends of all disciplines. He believed in the core principles of the human condition that is common in all protection arts.

His path has only begun. His living example will lead many who do not know him on the martial arts path.”

USAdojo - November 6, 2016
We use cookies to ensure that we give you the best experience on our website. If you continue to use this site we will assume that you are happy with it.OkRead more