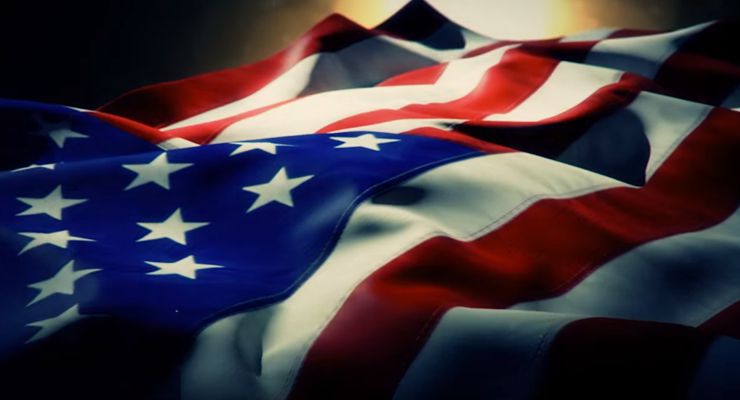 A compelling video with a compilation of facts on why the 2nd Amendment and Right to Bear Arms is important. There are reasons why gun control doesn’t work, a sample of those reasons are presented here.

There are facts we’re not being told on TV about our 2nd Amendment Right to Bear Arms, so I want to talk to you about gun control in America.

Why did all of the big media focus their attention on the attacks in Orlando and completely ignore the fact that the following weekend 52 people were shot in Chicago? [1] Is it mere coincidence that Orlando has very liberal gun laws and received media attention while Chicago, who has the strictest gun control in the nation, received little to none?

Despite our second amendment there seems to be an agenda for even stricter gun control. Yet this agenda blatantly ignores the simple statistics that the experiment of gun control in other countries is already underway and failing with horrific result.

I carry a gun because there are two types of creatures on this planet – there are predators and prey.

Cities in America that pass laws requiring households to have a firearm see the number of home invasions drop dramatically [3] .

I carry a gun because the ratio a gun is used in a homicide is significantly less than when it’s used in self-defense [4] .

Firearms are used up to 300 times more often to save innocent lives than to commit a murder [5] . Guns prevent up to 2.5 million crimes in the U.S. every year often without a shot ever being fired5.

I carry a gun because almost every mass shooting in the last 50 years took place in a gun free zone [8] .

Law-abiding citizens are forced to give up their right to protect themselves while every criminal breaks the law including gun-free zone signs when they decide to murder.

I carry a gun because a gun-free zone makes it easier for predators to target their prey.

I carry a gun because the facts are nations with strict gun control laws have significantly higher murder rates than those that don’t [10] .

I carry a gun because I know in the U.S. (assault) scissors and (assault) knives kill almost 5 times more people every year than rifles do, including the AR-15 and other so called “assault” rifles [11] .

Calling to ban a tool will not resolve the problem.

I carry a gun because criminals break the law with or without them.

I understand we want to blame something – anything – we can control but don’t blame me because I use a concealed holster to carry a gun and protect my family.

I understand we need to start addressing what we really want to ban – violence, murder, and insanity.

I carry a gun because I know who is pushing to ban them.

Our right to bear arms is not there simply to protect us against lowly criminals. I understand the politicians know this, which is why they call for gun control instead of crime control.

I understand what the founding fathers knew about our second amendment that the right to bear arms is in place to protect the American people from those drunk with power. I understand every country was free, before it wasn’t.

I carry a gun because our 2nd Amendment of having the right to bear arms gives the citizens of this great nationa fighting chance against the predators of greed and power whether in our home, our capital, or our neighboring lands.

Evil exists only because too many good people stand by and do nothing.

I understand seeing America’s right to free speech was a chilling wakeup call when it became locked away in a zone.

That’s why so many steadfast Americans and great organizations stand up for the people to keep the balance of power from tipping over.

I carry a gun because it removes the unfair advantage between predators and prey.

When I carry a gun, I don’t do so because I am looking for a fight, but because I’m looking to be left alone.  People can only persuade you to do something by one of two ways, reason or force. Having a gun with me removes the option for someone to make me do something by force. Carrying a gun helps keep predators civilized.

That’s why the right to bear arms is important, that’s why I own a firearm and that’s why I am proud to say, I carry a gun.

Based upon Kleck & Gertz estimates of 2.5 million defensive gun uses per year (see source #2). A similar study in 1994 under President Clinton (Source) found this number to be 1.5 million, which would result in guns being used over 47x more often to defend a life than to take one.

According to the Bureau of Justice Statistics, about 436,000 crimes were committed with a firearm in 2008 (Source). This would mean guns are used 5.7 or 3.4 times (using Kleck or Clinton respectively) more often to defend against a crime than to commit one.

[1] Article: 52 shot, 7 fatally, during another weekend of violence in Chicago.

Guns used over 300X more often to stop crime than to kill, according to past studies by Kit Daniels of Infowars.com.  October 1, 2015.  https://www.infowars.com/fbi-far-more-murders-committed-with-knives-than-assault-rifles/.

[6] https://www.buckeyefirearms.org/myth-3-25-million-defensive-gun-uses-each-year-cant-be-accurate; further referencing Armed Resistance to Crime: The Prevalence and Nature of Self-Defense with a Gun, by Gary Kleck and Marc Gertz, in The Journal of Criminal Law & Criminology, Northwestern University School of Law, Volume 86, Number 1, Fall, 1995 https://scholarlycommons.law.northwestern.edu/cgi/viewcontent.cgi?article=6853&context=jclc

Inspiration we are grateful for:

USAdojo - August 16, 2011
We use cookies to ensure that we give you the best experience on our website. If you continue to use this site we will assume that you are happy with it.OkRead more