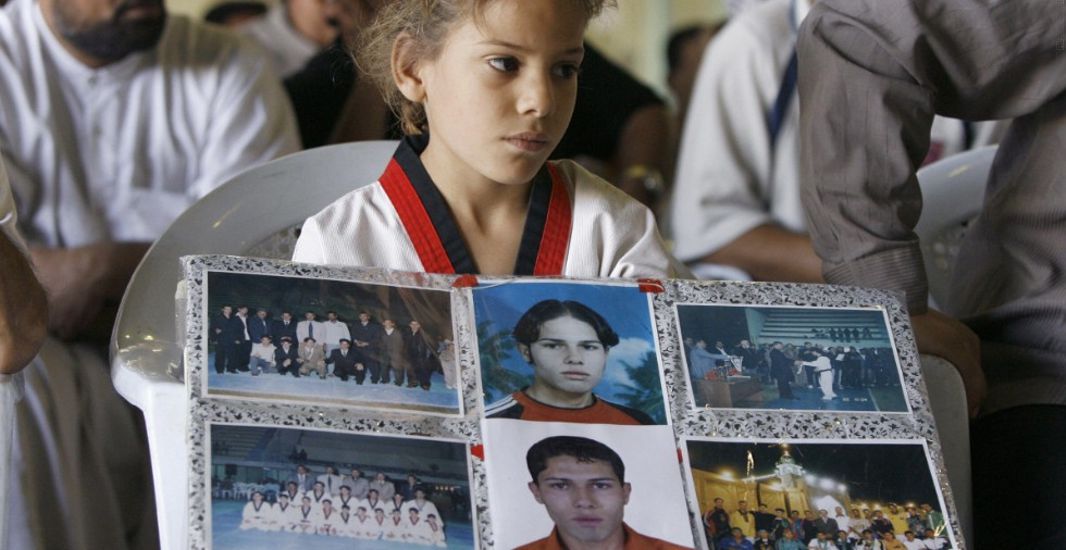 May 18, 2006 ~ Gunmen kidnap Iraqi tae kwon do team athletes! 15 members of the Iraqi Tae Kwon Do team have been kidnapped between Fallujah and Ramadi, west of Baghdad, Iraq’s Olympic Committee said.

“Armed men kidnapped 15 members of the national Tae Kwon Do team as they returned by coach from Amman,” Jamel Abdel Karim of the committee said.

Thousands of Iraqis have been kidnapped since US-led coalition forces invaded the country in March 2003.

Since an attack on a Shiite mausoleum in the Sunni town of Samarra, kidnappings followed by executions have increased dramatically.

Update: According to the US edition of the Guardian, the remains of members of the tae kwon do team missing for the last year, were discovered in a ditch.

“The skulls, bones and tattered clothing of a team of Iraqi martial arts experts have been found more than a year after they disappeared, presumed kidnapped, in an al-Qaeda stronghold west of Baghdad.

At least 13 bodies were found in a ditch out in the desert about 60 miles west of Ramadi in Anbar province, one of Iraq’s most violent areas and where al-Qaeda and Sunni Arab insurgents are battling American and Iraqi forces. Plastic athletic sandals lay scattered on the ground near the bodies. All had been shot.”