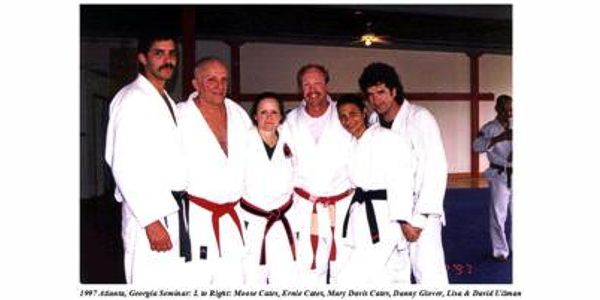 Sadly announces the death of a dear family member, Master Mary Davis Cates. Mary Davis Cates passed away on May 16, 2006. Master Mary was one of the first US Cuong Nhu students at University of Florida when Ngo Dong, Ph.d founded the school there. She has been an important part of the Cuong Nhu family for over 35 years and achieved her Shichidan in 1998.

We feel extremely fortunate to have had Master Mary as a big part of our lives. She had given so much to our style and graced everything with her elegance and thoughtfulness. Words cannot express the depth of this loss. Not only was she a great teacher and leader, but she also was a loyal and good friend. She had Cuong Nhu in her heart and always tried to live by Cuong Nhu Code of Ethics. On behalf of the Cuong Nhu family, we offer our condolences to Master Ernie Cates and family. Master Cates requested that a memorial service to celebrate Master Mary Davis life will be conducted at the Cuong Nhu International Training Camp in Gainesville Florida at the University Campus next week in place of a funeral service. 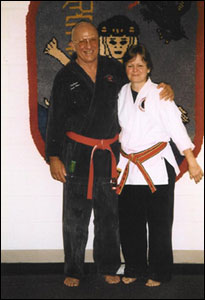 During a military tour of Vietnam from 1965 to 1967, at the University of Hue he trained Ngo Dong in Judo, and helped Professor Dong add Judo techniques to the art of Cuong Nhu. The late Ngo Dong, Ph.d was the founder of the martial arts system Cuong Nhu.

Mary Davis-Cates was the wife of Ernie Cates, Marine Corps Judo instructor to professor Ronald Duncan. She was a member of Cuong Nhu Oriental Martial Arts for over 35 years. During this time she excelled to the highest possible rank in this organization. Mary received notice of her promotion to 8th degree Black Belt prior to passing away May 16, 2006. This promotion made Mary the highest ranking black belt within this organization. It was with great honor and respect that she received this promotion and she was overjoyed.

Throughout the past 35 years, Mary spent countless hours training, competing and traveling across the U.S. to share her experience and gain more knowledge of Cuong Nhu and many other forms of Martial Art.

It is not unusual to hear her peers talk about the profound affect her teaching, her attitude and her strive to uphold the ethics and principals of Cuong Nhu had on them. Many women and men alike have called her their sensei, mentor and friend.

Mary’s life was not without her own trials. Several years ago Mary underwent numerous treatments for cancer, followed by open heart surgery, a battle with staff infection, and financial difficulty. She didn’t, however, give up her hope or desire to continue to work on her personal growth and though she admitted to having difficulty reaching out to her friends for assistance, her friends didn’t hesitate to reach out to her.

With this in mind, we, along with many others, have formed a scholarship foundation in her name.

The purpose of this foundation is to enable those women that show the ability and desire to continue their Martial Arts training yet may be less able to afford to do so. It will focus on but not be limited to those women within the Martial Arts community that desire to attend the annual Cuong Nhu Training Camp held each year during the Memorial Day Weekend. The training camp was always one of Mary’s favorite events. She not only participated as a student but dedicated many hours as an instructor. Her passion lay within the walls of each and every Dojo she visited. Her joy would be to see many other women like herself have the chance to participate as well. We would like to see Mary’s desire to help others and her dream to make a difference come true.

Please support us in this effort.

Many Thanks
Dawn Cates-Stephens and Family

Mary was born in Gainesville, Florida and graduated with a BA in Graphic Arts from the University of Florida.

Though retired, she spent the last several years traveling across the country giving seminars and clinics on martial arts with her husband. Mary studied martial arts for over 35 years. She was a member of Cuong Nhu Oriental Martial Arts and as an 8th Degree black belt, held the world’s highest rank of this organization. When not working out or traveling

Mary enjoyed graphic arts, calligraphy, gardening and spending time with her many pets.

A memorial will be held on Saturday May 20, 2006 from 1 to 3 pm at the Burlington Martial Arts Center 2139 N Church St. # A, Burlington, NC and A Celebration of her life will be held during the Annual International Cuong Nhu Training Camp at the University of Florida Campus, Gainesville Florida on Friday, May 26, 2006.

In Lieu of Flowers, donations can be made to: the Mary Davis Cates Scholarship Foundation, P.O. Box 585, Burlington, NC 27215.

The Cates’ family would like to thank the Staff and Team of Physicians at the Neurosurgical ICU of UNC Chapel Hill for their excellent care. Lowe Funeral Home and Crematory, Inc. is serving the Cates Family.