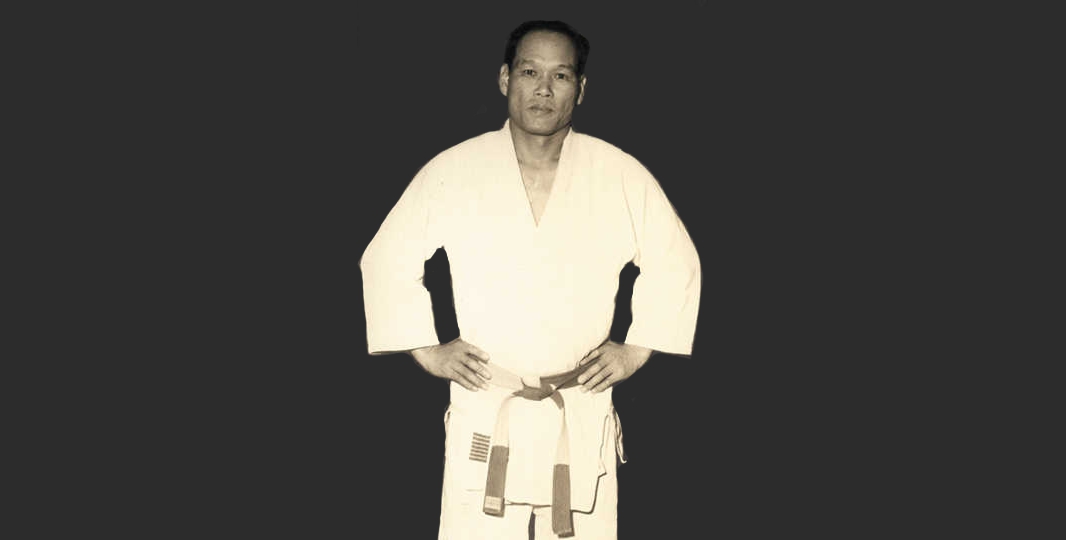 Judo Master Haku Michigami was born on October 21, 1912 in Ehime Prefecture, Yawatahama City, Japan. He was an excellent fighter and an exceptional martial arts teacher.

In July 1953 Haku Michigami was living in Kyoto and teaching at a martial arts academy when he was invited by France to develop and teach a judo program. He was forty years old and already a 7th Dan. He subsequently became Technical Director of Tunisia, Algeria and Morocco. He also spent 13 years as Technical Director of the Holland Judo Federation, and as Technical Director of the National School of French Black Belts. For forty years he hosted an international workshop in Bordeaux. He directed countless seminars in almost every country: England, Germany, Denmark, Spain, Italy,  and more. He also trained and led many masters and competitors including the famous Anton Geesink.

Haku Michigami was a great teacher, technician, and promoter of the traditional principles of Judo including the “efficient use of physical and mental energy” and “prosperity and mutual help”. He trained

Master Haku Michigami never experienced a single defeat in his career and was well loved by French judoka and many judoka worldwide.

MEMORABLE MOMENTS IN JAPAN
1926, 13 years Passes the test for the black belt. Passes both in the matches and kata test. Failed to receive the black belt due to young age.
1927, 15 years Receives the black belt (1 Dan). This record was not broken for over 60 years.
1935, 22 years Captain of the Busen Sophomore Judo team. Injures knee.(was told to put on a cast and keep away from practice for 6 months, but refused to do that from a strong sense of responsibility for his team. From this, the effects of the wound stayed and Michigami was not able to bend his knee more than a right angle)
1936, 25 years 5 Dan Victorious in every single match. It is impossible to list all the tournaments he won.
1937 Invited to Kohdohkan by Jigoro Kano. Since Busen students were specially strong, all challenges were rejected. Although he joined practices with Tokyo University, Kohdohkan, and Master Jigoro Kano, they did not accept any matches.
1939, 27 years Captain of the Kochi Representative Team. Won all team and single matches.(including Kohdohkan) Became the champion in the All-Japan Tournament.
1940, 28 years Won the East-West tournament held at the 2600th anniversary celebration in honor of emperor Jimmu.
1941, 29 years Won the East-West match at the Jingu tournament.
1942, 30 years Received 6 Dan on November 3. Became the champion in the division of Meiji Jingu masters. *Single matches did not exist until 1953.

CAREER AS A MASTER IN EUROPE AND AFRICA
1953, 40 years and 7 months 7 Dan (for two years already)
Arrives France on July 11th. Under the invitation of Bonemori and orientation of Kurihara, Michigami spreads judo in Europe for a year without any reward. Opens a training sessions for masters in Bordeaux for 15 days, and Paris for 15 days. A Michigami Festival is held in Courvertan Stadium during November. Wins against the 10 French national team members in six and a half minutes with only 13 moves. (a one-on-ten match has been held more than a hundred times. However, the only person in history who succeeded in the deed against the French national team is Haku Michigami)
1954, 42 years Becomes the director of arts in Tunisia, Algeria, and Morocco.
1955, 43 years Becomes the director of arts of the Dutch Judo Federation. (for 13 years until 1968) The director of arts of Dutch judo masters until 1972 Results 1961: The Third World Championships (Paris) Winner-Anton Geesink 1964: Tokyo Olympics (first appearance of judo) Gold medal-Anton Geesink. (with the victory of a westerner, judo became an official event at the Olympics from this year)
1954 Opens a two week session at Cannes with Master Fukuda as an assistant.
1955 – 57 Two week sessions at Cannes with Master Courtine as an assistant.
1956, 44 years Director of arts of French graded judoists. 1956 – 58 Director of arts of the Morocco Judo Federation.
1958, 46 years Starts international judo training sessions at Bordeaux, which continues for 39 years.
1959, 47 years Director of arts in Malgache.(Africa)
1961, 49 years Sessions throughout Europe and Africa. Tunisia, Algeria, Senegal, Cote d’Ivoire, Martinique, Guadeloupe, Kenya, England, West Germany, Denmark, Belgium, Spain, Italy, Luxembourg, Switzerland, etc.
1963, 51 years Establishes the Michigami Dojo in Bordeaux.
1964, 52 years Charters a plane to bring 101 French judoists to Tokyo. Stays at Komyoji. 1971, 59 years The French government appoints him as a permanent member of the grading council. (September 1)
1974, 62 years The opening ceremony of the Michigami Dojo(400m2) in Aubervilliers is broadcasted on channel 3 in France.
1974 – 85 Opens training sessions in July for 11 years in Privas.
1984, 72 years Establishes the Michigami Judo Academy (AJM)
1987, 75 years In front of 1000 people, his demonstration at the Gerald Philippe Theater is broadcasted on channel 2. Returns to Japan every April. Trains graded judoists, including Geesink, to 9 Dan.