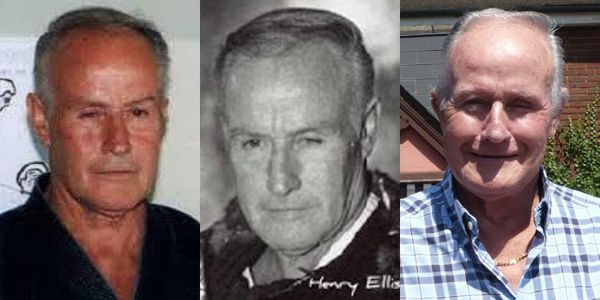 Henry Ellis was born May 3rd 1936 in a tough coal mining town in the County of Yorkshire, North of England. This was pre-war Britain, and growing up as a child during the austere war years of the 1940’s all Henry knew was hard times and discipline as the son of a tough coal face miner. Henry didn’t realize that this tough life with strict discipline would stand him in good stead in the years to come.

In 1956 he became a member of the Abbe School of Budo at the now famous Hut Dojo. His first introduction to Martial Arts was in the Judo section. After a full year of Judo, Henry saw the great master Kenshiro Abbe sensei demonstrate Aikido which had only recently been introduced to Britain ( 1955 ).

Henry Joined the Aikido section in 1957 while continuing with his Judo studies.

The Hut was the Hell Dojo of all Hell Dojo’s. The discipline was very strict and very few continued to study. This was the only Aikido dojo in the UK. Abbe sensei and Williams sensei would teach with a shinai, words were wasted but the shinai always received the students full attention. Abbe sensei said many times that his English was bad but his shinai spoke excellent English.

Henry fit well into this disciplined routine where a mistake would receive a whack with the shinai or between 100 and 200 press-ups on the back of the wrists. At third kyu Henry was promoted to personnel assistant to Williams sensei, he then traveled around the UK with his teacher taking the very first Aikido seminar in the UK in the town of Devises near historic StoneHenge.

When Henry reached first dan he was instructed to take an assistant, the assistant was Derek Eastman who is still associated with the Ellis Aikido Schools.

Of this early select group eight became dan grades ( black belts ) these were the only dan grades for Aikido in the UK. Henry was the first Aikido teacher to introduce Aikido into the British education system in the early sixties.

In the very early sixties Ellis and Eastman, on the instructions of Williams sensei, travelled around Britain teaching Aikido to Judo and sports clubs for free. They worked a few days here and there for a meal and a bed, often sleeping in the car, in an effort to promote the art to anyone who would give them the opportunity to teach and demonstrate. The two spent one year “on the road “.

Ellis and Eastman both studied Kendo with their best friend Tomio Otani Sensei the British National Coach for Kendo. They in turn taught Tomio Aikido.

At this time Harada Sensei was teaching his ShotoKai Karate at the Hut Dojo. Henry studied with Harada Sensei, Henry using Karate in his Aikido and Harada Sensei using Aikido movement in his Karate.

Harada Sensei had last been graded to 5th dan in 1957 by the founder of modern Karate Gichin Funakoshi. Harada Sensei had developed the art of ShotoKai Karate. When asked why he was still 5th dan as he is today, Harada replied “ Any grade above 5th dan is totally pointless “. This impressed Henry who himself was now sick at the sight of so many self appointed egotistical self aggrandising so called masters who cared more for titles than the Martia Art they represented. Ellis and Eastman agreed to follow Harada Sensei’s stand and they made the highest grade in the Ellis Schools of Traditional Aikido to be 5th dan.

Henry is proud of the expansion of the ESTA to the USA in Alamogordo New Mexico and Dallas Texas.

On the 17th of December 2004 the release of the book “ Positive Aikido “ was of great satisfaction after almost 50 years of Martial Arts.

USAdojo - January 10, 2014
We use cookies to ensure that we give you the best experience on our website. If you continue to use this site we will assume that you are happy with it.OkRead more