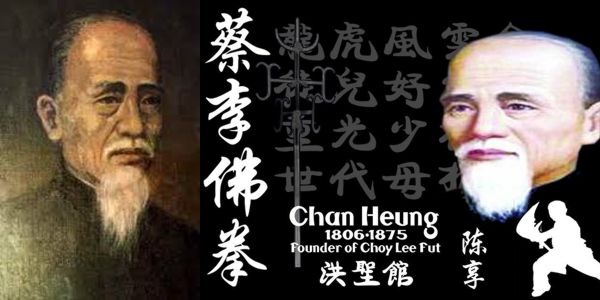 Master Heung Chan, the founder of Choy Li Fut, was born in the Kwang-Tung province of China on July 10, 1806. At the age of seven, Chan began to study Gung Fu from his uncle, who had trained in the Shaolin temple. Mentally and physically superior for his age, the young boy made rapid progress in the martial arts. By age 15, Chan was the leading boxer in his area. When he was 17, he studied under his uncle’s senior classmate, a Shaolin expert named Li Yau Shan. Within several years, Chan had absorbed all the teachings of Master Li. One day, Chan’s instructor said, “Your uncle and I spent 20 years in the Shaolin temple. It is unbelievable how you could master all that we know in only half that time. Any further instruction will need to come directly from a Shaolin priest. But most of these monks have disappeared from the area. The only one I know of is a wandering priest named Choy Fok. Unfortunately, he is leading a life of seclusion and does not like to be bothered.” Yearning for further knowledge, Heung Chan decided to seek out the nomadic monk.

Arriving at Mount Lau Foo, Heung Chan searched until he was able to locate the Shaolin priest. Reading Chan’s letter of introduction, Choy Fok said, “I gave up practicing martial arts a long time ago. So if you have come here to acquire skill and strength in boxing, I’m afraid that I cannot help you. I am just too old. The remaining years of my life are being devoted to a thorough research of Buddhism. You may stay and study our religion together if you wish.” Instead of being discouraged, Heung Chan knelt down and humbly accepted the monk’s offer to become a disciple of Buddha.

Although the study of religion took up most of Chan’s time, he still maintained a high interest in the martial arts. In his leisure hours, therefore, Heung Chan continued to practice the Shaolin style of combat he had learned. One early morning, Chan was performing foot sweeps against bamboo stumps in a heavily wooded area. He also kicked rocks up into the air, smashing them to pieces as they fell. Suddenly the monk appears and asked, “Is that all you can do?” Pointing to a 50-60-lb. rock nearby, Choy Fok said, “Try your best to kick it up.” Summoning all his power, Heung Chan Swept his foot against the rock and sent it into the air. Proud of his feat, Chan waited for the monk to show an expression of praise. Without saying a word, however, Choy Fok calmly walked over to the boulder and thrust his right foot beneath the heavy object. He spun around in a quick graceful motion and sent the rock flying more than 12 feet away. By now, Heung Chan realized that the priest still possessed some sort of super-normal power. Chan immediately asked the monk to teach him. Satisfied with Heung Chan’s character and patience, the monk Choy Fok agreed and for the next eight years, taught his new student everything that he knew of Gung Fu.

At the age of 29, Chan left the monk and returned to his native village, analyzing everything that he had learned. Finally, in the year 1836, Heung Chan founded a new method of fighting. Chan named the system after his two instructors Choy and Li. The suffix Fut, which meant Buddha, was then added to pay homage to the Shaolin temple from which his predecessors had come. Heung Chan’s fame as a boxing expert soon became known, and he was persuaded by village elders to set up a school in a nearby temple. 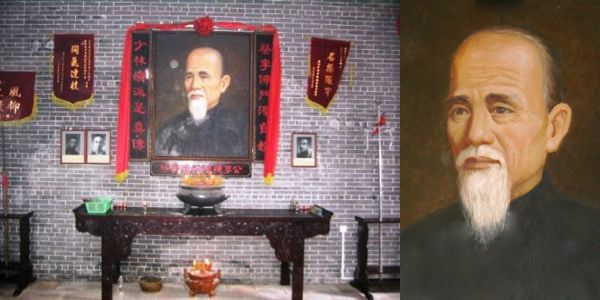 Choy Li Fut is one of the most powerful styles of Wushu. It relies on very powerful hand and arm techniques. Four main hand techniques are used, including the straight punch, the back fist, the uppercut and the hook punch. It incorporates oriental medicine and philosophy. The emphasis is on learning through forms practice and many hands and weapons forms are taught, most of which have between one hundred and three hundred movements. Speed, balance and power are all important elements in this style of Wushu, which also combines hard and soft techniques. Many full contact fighters follow this system.

Practitioners can also learn numerous weapons including the double hook swords and the staff, plus the nine dragon trident, which is exclusive to this style.