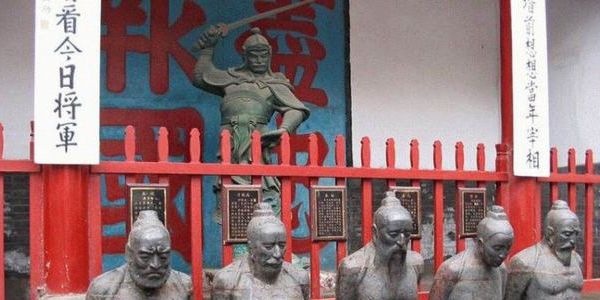 The Five Elements are the foundation of Hsing I Chuan and this cannot be emphasized enough. After one has reached proficiency in the five elements, the next two forms are “fighting forms” which are done with a partner. The first fighting form utilizes three elements done in sequence, the next utilizes all five elements, these develop the techniques into practical application. The next solo forms are:

Following the twelve animals, is the twelve animals linking (Chop Sik Choy) form which develops the ability to link different techniques together in various ways. The final fighting set is the “fighting animal two man form” (En Tsan Pao) which is the essential form for developing real Hsing I fighting ability. The final aspect of Hsing I training is the Hsing I two handed sword. Since the Hsing I sword is much like the Japanese samurai sword, it is possible that the Hsing I style of swordsmanship is the true origin of the samurai style. The sword is practiced in a similar fashion to the five elements. There are five forms to the Hsing I sword, as well as countless two person fighting forms.

Thank you to Brent Hamby of the EBM Kung Fu Academy for sharing this article.

To contact Brent Hamby and the EBM Kung Fu Academy visit their listing on the Martial Arts Schools and Businesses Directory by clicking on the image on the left.