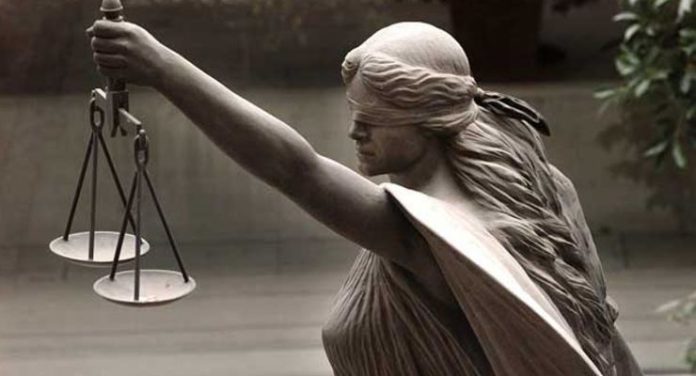 The following is adapted from the lecture I often give as part of my job as a firearms instructor for the New York State Court system. I am not a lawyer though, so you should take this article, Issues Regarding Self-Defense and The Law, as a guide to help you ask the right questions when you do speak to an experienced lawyer, rather than this article being an answer in and of itself.

I believe that one must look at self defense from several angles. The physical aspect is the one we usually think of (techniques and strategies), but this article will examine other issues: The legal, financial, moral and tactical aspects of self-defense.

LEGAL: Laws vary from state to state, but a few paragraphs from the Penal Law of the State of New York should give you a general idea of the legal thinking on the issue (obviously you will need to consult with an experienced local attorney for the particulars in your state).

Some pertinent parts of the law which should interest us are:

Justification; General. Article 35 of the N.Y. State Penal Law states, in part: “…conduct which would otherwise constitute an offense is justified and not criminal when:…such conduct is necessary as an emergency measure to avoid an imminent public or private injury which is about to occur by reason of a situation occasioned or developed through no fault of the actor, and which is of such gravity that, according to ordinary standards of intelligence and morality, the desirability and urgency of avoiding such injury clearly outweigh the desirability of avoiding the injury sought to be prevented by the statute defining the offense in issue.

Deadly Physical Force (DPF): Definition: “physical force which, under the circumstances in which it was used, is readily capable of causing death or other serious physical injury”.

Deadly Weapon vs. Dangerous Instrument: In New York State law the “Deadly Weapons” definition includes firearms and a number of weapons such as gravity knives, blackjacks, daggers, etc, which the law classifies as illegal for civilians to carry in public.

“Dangerous instrument” is defined as “any instrument, article or substance, including a vehicle, which, under the circumstances in which it was used, attempted to be used, or threatened to be used, is readily capable of causing death or other serious physical injury.”

Therefore a switchblade in the pocket of a civilian is an illegal deadly weapon in New York, while a can of oven spray in your grocery bag is not. However should a mugger use a can of oven spray to blind his victim, he can be charged with the possession of a dangerous instrument in addition to the robbery and assault charges (much like a burglar being charged with “possession of burglar’s tools” if he uses a rock to break a window and gain entry to a dwelling).

Be warned though, among the New York State case annotations one finds: “there are no circumstances when justification can be a defense to the crime of criminal possession of a weapon…Justification is not a defense to illegal possession of a weapon’~ All else being equal, using a plain looking pocketknife that is of legal size in a self defense situation will look much less suspicious to the police and district attorney’s office than using a model that looks like a “combat knife” in the exact same circumstances.

FINANCIAL: I tell my students this; “If someone attempts to assault you and you defend yourself; even when no charges are filed against you by the police, the other person can still file a lawsuit against you. Now let’s say you won the lawsuit and not one dime is awarded in the other guy’s favor. Unless you have a very good insurance policy, you will still have to put out something in the neighborhood of $7,000 to $10,000 to hire a lawyer to defend yourself from the lawsuit (the other guy pays nothing, his lawyer gets paid only if he wins). Defending yourself in today’s society can be very expensive.

MORAL: I will be turning 40 this year. When I look back on all the stupid things I did when I was in my teens and twenties I think it was only my mother’s prayers that kept me out of prison or a casket. Speaking to other guys my age I don’t think I’m the only one who feels this way. Young men have an instinctive desire once they hit a certain age to test their courage and strength. This can get them into trouble if they don’t have a safe outlet for their aggression or a good male role model at home (and sometimes, as in my case, even when they have both).

Of course adults are also capable of doing stupid things. Remember that one does not have to take an I.Q. test in order to father children. That drunk threatening to break his beer bottle over your head in a bar might have small children at home who love and depend on him. If given a choice in this scenario between leaving the bar and fighting, I would choose leaving every time. However if it’s a choice between your kids growing up without a father and his, well then, your first responsibility is to your own kids first. Just make damn sure you have no other choice in what you do. Whatever you end up doing to an attacker, you still want to be able to sleep at night afterwards. You will sleep better knowing you did only what you had to do and no more.

TACTICAL: When dealing with a street confrontation what is best legally, financially and morally also happens to be what is best tactically. The law states that you should do only as much damage to an aggressor as necessary to stop the attack or to allow your escape. That is the best path to follow tactically as well. One of the principles of combat is that the second opponent you don’t see is the one most likely to hurt you.

In Pekiti-Tirsia we always assume that we are fighting more than one opponent, therefore we can’t spend much time on opponent #1. Think of your ability to deliver techniques as ammunition in the magazine of a firearm. If you are ambushed and empty your gun into the first attacker you see, you will then be in bad shape when attackers 2 and 3 appear. Time is also a factor. Spend too much time pummeling bad guy # 1 and you might turn around to find bad guy # 2 standing behind you with your blood already on his knife and a wet feeling running down your back.

Essentially you are under four tactical constraints on the street:
Time (where are the other bad guys and how quickly can they get to you?)
Endurance (how much ammo is in your magazine?)
Power (what is the caliber of your ammo?)
Skill (how good is your aim?)

Combat firearms instructors have taught me three principles to use if engaged in a firefight.
1. When close to cover, “get to cover, then shoot”.
2. When far from cover, “shoot little, move much” (towards cover).
3. And when cornered without cover, “shoot yourself a hole, then charge through it” (towards cover).
Change “cover” to “escape route” and “shoot” to “defend yourself” and you have some good principles for non-firearm self defense as well.

SUMMARY: In a nutshell, you can improve your odds of keeping yourself legally, financially, morally and tactically safe if you don’t ask yourself “Can I do this?”, but rather “Must I do this?” Do only what you must and no more.

Regards,
Tuhon Bill McGrath
WWW.PEKITI.COM
PS. I strongly suggest that you copy the link to this article and show it to an experienced local criminal attorney, who can give you specific guidelines for the laws in your area.

To Keep and Bear Arms

How to Protect Yourself From Rape: A Guide

USAdojo - October 14, 2016
We use cookies to ensure that we give you the best experience on our website. If you continue to use this site we will assume that you are happy with it.OkRead more