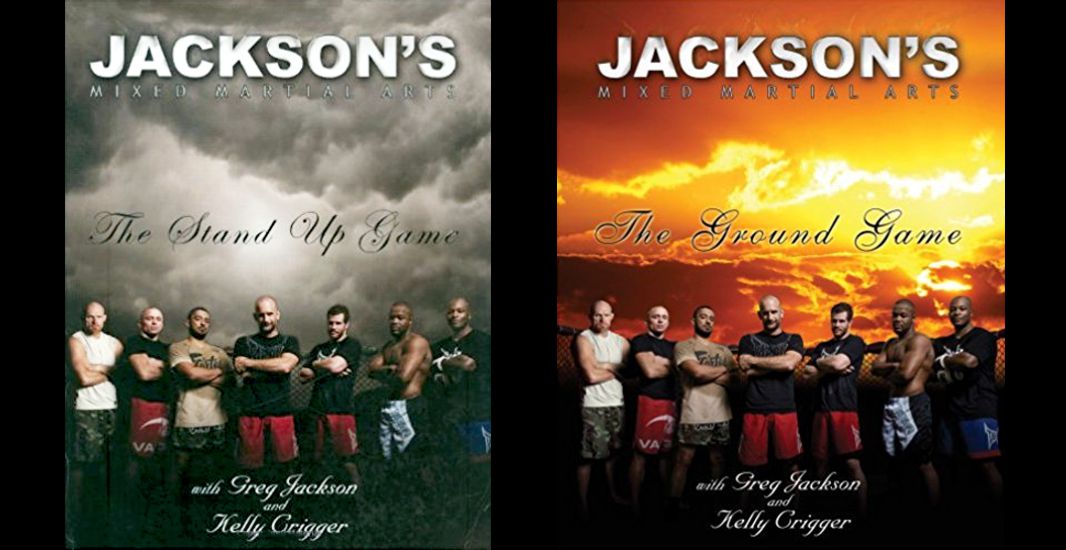 Greg Jackson is the most accomplished and celebrated mixed martial arts coach in the world. In Jackson’s Mixed Martial Arts, he brings you into his stable of fighters, which includes UFC Welterweight Champion Georges “Rush” St. Pierre, UFC Light Heavyweight Champion Rashad Evans, UFC Light Heavyweight contender Keith Jardine, and UFC Middleweight contender Nate Marquardt. For the first time, he unveils his methods for developing fight strategies, detailing everything you must accomplish from the moment you sign the contract up to the time you step foot into the octagon. Next, he shares his arsenal of stand-up striking techniques that allow his fighters to dominate the world of mixed martial arts. He shares dozens of striking combinations, counterstriking combinations, takedowns, and throws. Jackson’s Mixed Martial Arts also includes something no other technique book offers—a chapter on street fighting that was developed over several years of trial and error. If your goal is to rise to the top of the MMA mountain, Jackson’s Mixed Martial Arts is a mandatory tool because it’s written by a trainer who’s taken several fighters there.

Review
“Jackson’s ability to help his fighters reach their potential has made him one of the most respected trainers in the sport.”—Ultimate MMA

Jackson’s Mixed Martial Arts: The Ground Game
Greg Jackson was raised in a neighborhood where he had to fight to survive. He tried every martial art he could get his hands on, only to find they all lacked practicality. He developed his own system instead, and is now the most accomplished and celebrated mixed martial arts coach in the world. In Jackson’s Mixed Martial Arts, he brings you into his stable of fighters, which includes UFC welterweight champion Georges St Pierre, former UFC light heavyweight champion Rashad Evans, and top ranked contenders Nate Marquardt, Keith Jardine, Donald ôCowboyö Cerrone and Joey Villasenor. For the first time he unveils his methods of ground fighting that have enabled his fighters to dominate every MMA promotion and every grappling competition in the U.S. Every ground fighting situation is addressed from ground and pound to passing the guard, along with loads of submissions.
About the Author
Greg Jackson is the world’s number one MMA trainer. He has more than fifteen MMA champions in his stable of fighters, including Georges St. Pierre and Rashad Evans, and his athletes have won hundreds of grappling championships. Jackson lives in Albuquerque, NM.

Biography
Greg Jackson was born in Washington DC, but moved to the South Valley of Albuquerque, New Mexico when he was six months old. His family didn’t own a television until he was nine, so his early influences were based on books, which built within him a rich history of literature and fueled his imagination. But growing up a white kid in a Hispanic neighborhood, he was forced to fight almost daily to prove his worth.Jackson soon took to the martial arts to defend himself and became an ardent student of anything and everything that was practical in a fight, including the wrestling that his father and grandfather (both state and national champions) taught him. By seventeen he was teaching his fighting skills to a dedicated few in an Albuquerque dojo and by thirty years old he was the most influential trainer in the growing sport of Mixed Martial Arts. His long list of champion fighters reflects the complete dedication Greg Jackson has made to the evolution of unarmed combat.Kelly Crigger is a Lieutenant Colonel in the US Army and is a columnist for Fight! magazine. He is the author of Title Shot: Into the Shark Tank of Mixed Martial Arts, which detailed his year-long journey through the world of professional fighting.

USAdojo - December 6, 2013
We use cookies to ensure that we give you the best experience on our website. If you continue to use this site we will assume that you are happy with it.OkRead more