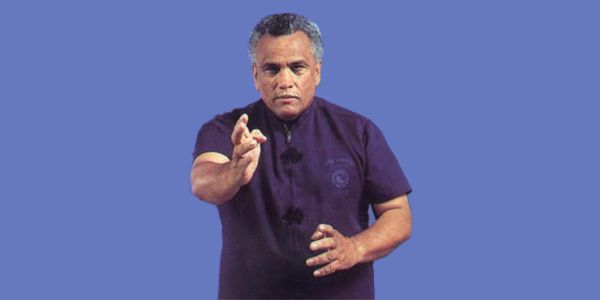 In 1959, James DeMile began his martial arts career in Seattle, Washington, under the direction of the legendary Bruce Lee. As one of Bruce’s first generation students, James DeMile had the opportunity of assisting Bruce Lee in developing his unique fighting skills. It was also DeMile’s privilege to appear in Bruce’s only book, “The Philosophical Art of Self Defense”. DeMile was an undefeated heavyweight boxer in the Air Force as well as “Masters Level” hand to hand combat instructor for the (Special Forces Combative’s) program at Fort Lewis in 1985 and 1986.

One of the foremost authorities on modern Wing Chun, James DeMile has adapted Bruce’s modification of the ancient art of Wing Chun and created WING CHUN DO, a practical self defense system for the 1990’s student. DeMile is listed in Bob Wall’s Who’s Who in the Martial Arts, The Genealogy of the Ving Tsun (Wing Chun) Family by the Ving Tsun Athletic Association, The Original Martial Arts Encyclopedia by John Corcoran and Emil Farkas, Bruce Lee’s Fighting Spirit by Bruce Thomas. He has also written many articles for national and international magazines. He has appeared in the movies, Weapons of Death and The Curse of the Dragon and twice on the national TV program Entertainment Tonight. He has written four best selling martial arts books as well as produced a number of training videos, including “Bruce Lee’s one and Three Inch Floating Punch”, one of the most devastating strikes in the martial arts. He has designed and built a number of specialized electronic training devices as well as some versatile spring loaded wooden dummies. DeMile travels extensively throughout the world teaching his dynamic self defense concepts and techniques to students, police and the military. He specializes in accelerated self defense programs for individuals 40 years old or older. His most famous student for learning the incredible One and Three Inch Floating Punch is 80 year old Professor Wally Jay, creator of Small Circle Jujitsu. DeMile is still an active Deputy Sheriff with the Ottawa County, Ohio, Sheriff’s Department until 2005.

James DeMile presently teaches out of his International Headquarters in Kailua-Kona on the big island of Hawaii. His students from Seattle and Ohio won 18 medals (8 gold) in 1996 World sports jujitsu championships held in West Virginia. The 1998 Sport Jujitsu International Championships, held in vancouver, was attended by a few students from the Seattle WCD club and they won two gold, two silvers and two bronze medals