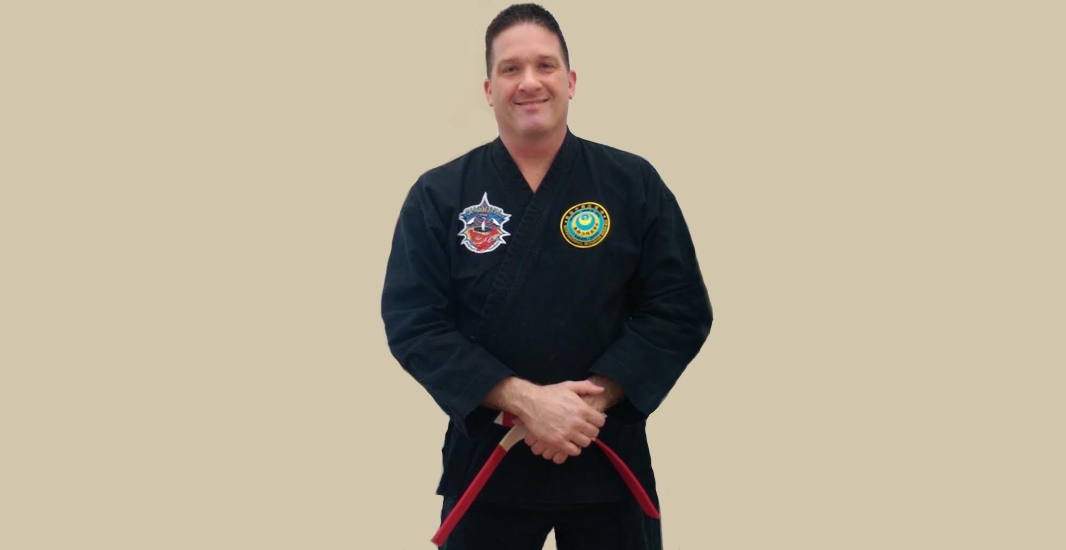 Shihan James Gifford began his martial arts training in Isshin Shorinjiryu Okinawate under Shihan Ralph Cherico and Shihan Wayne Ben-Ali in 1982. He switched to Shinmei Shorin ryu Karatejutsu under Soke Matt Molineux in 1993, and was promoted to Godan on June 3, 2001.

Shihan James Gifford graduated from Rutgers University in 1991 with a B.S. in Biology. He received a ROTC commission in the United States Air Force on Aug 21, 1991 and entered pilot training at Reese AFB in May 1992. Upon graduation he flew the KC-135R Stratotanker for 3 yrs at McConnell AFB, KS. While stationed there, Sensei Gifford deployed to Saudi Arabia in support of the “no fly zone” in northern Iraq, Turkey and Bosnia. Quickly rising to the top, he was chosen for the selectively-manned tanker Special Operations mission. 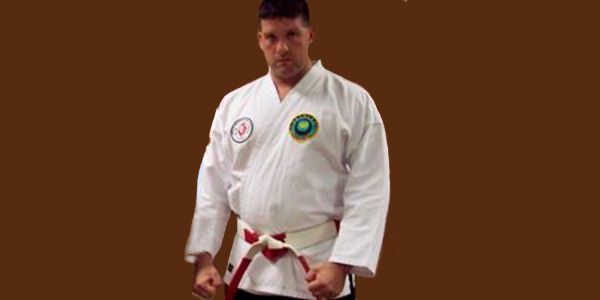 The Air Force called and Shihan James Gifford accepted a new assignment to Kadena AB, Japan and continued to fly the KC-135R for another 3 yrs. While in the Pacific, he deployed to Diego Garcia in support of B-52 refueling for Operation Desert Scorpion, Thailand, Singapore, Alaska, Australia, Korea and New Zealand. It was out of Kadena that Sensei Gifford was selected for the “Crossflow” program in which there is keen competition to transfer from heavy aircraft to fighters. He was chosen to fly the F-15E Strike Eagle – undeniably the most advanced fighter in the Air Force inventory– in 1999, and after 18 months of training, he moved to RAF Lakenheath, UK. The unit there is the spearhead for the U.S. military instrument of power in Europe. Its mission includes air superiority, close air support, precision guided munitions and special weapons. Sensei Gifford was assigned to the 494th Fighter Squadron with the call sign “Venom”. Presently he is stationed in Oklahoma.

He was promoted to the rank of Shichidan 7th Dan in Shinmei Shorin ryu and Godan 5th Dan Shintoyoshin Ryu being tested for his Jiu-Jitsu rank by Master Grose. He is the A.J.K.A.I. Chief Instructor for Oklahoma.

Interestingly enough, Shihan James Gifford had the honor of teaching Shinmei Shorin ryu on Okinawa, where the style has its roots in the Matsumura lineage. Shihan James Gifford is a member of the AJKAI and was promoted to a Godan by Master Douglas L. Grose, Judan. He continues his diligent study of Shorin ryu, including Hakutsuru with Soke Molineux and Shintoyoshin Ryu.