Home News Center In The News What’s Happening In The World Of Mixed Martial Arts Now. . . 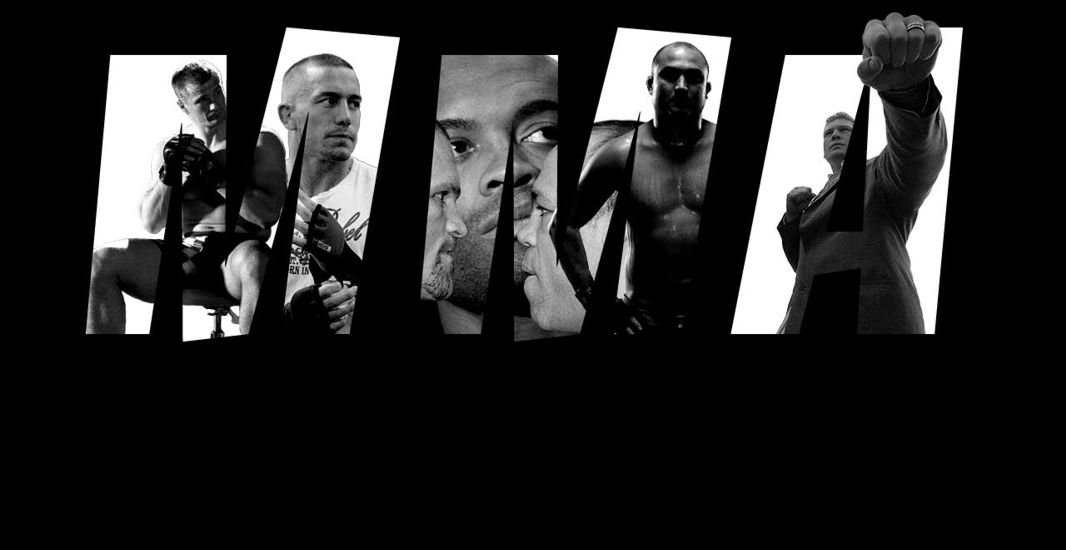 The reigning UFC heavyweight champion, Couture (15-8) was a three-time All-American wrestler at Oregon State University and a semi-finalist at the 2000 United States Olympic Team Trials for Greco-Roman wrestling. Couture regained the UFC heavyweight crown in March, as he scored a unanimous decision victory over Tim Sylvia.

White, meanwhile, has had an undeniable impact on the world of mixed martial arts. Credited with bringing the sport to the masses with “The Ultimate Fighter” reality series, the former boxer has overseen the UFC’s recent explosion in popularity.

Steele, a former Marine and Hall-of-Fame boxing referee, was exposed to Kempo Karate by Steve Muhammad and was the All Marine Corps boxing champion for two years (1963-64). He competed in the 1964 Olympic Trials before advancing to a professional boxing career. Steele began officiating fights in the 1970s and has called 172 world title fights, more than any other man in history.

This Saturday evening marks a time of reflection and extending gratitude to pioneers of all the martial arts, as the Masters Hall of Fame “recognizes excellence in the martial arts” through select inductees at a ceremony in the Orange County Hilton in Costa Mesa, Calif.

Comprised of outstanding lifelong martial arts practitioners, teachers, and supporters, Board members individually nominate the candidates, while an executive committee reviews them and inductees are selected. Founded in 1999, the organization has recognized 360 standouts in all phases of martial arts.

White joined the helm of Las Vegas-based Zuffa LLC. in January 2001 following their purchase of the Ultimate Fighting Championship, and has helped reshape the face of the burgeoning sport within the U.S., particularly with the popular reality TV series “The Ultimate Fighter” on Spike TV, now in its sixth season.

White and Couture’s’ inductions, in particular, signal the acknowledgement of the nearly 14-years-old mixed martial arts among the traditional martial arts community.

Traditional martial arts bowed in the direction of mixed martial arts last night inside the Costa Mesa Hilton in Orange County, Calif., as the 2007 Masters Hall of Fame inducted two of MMA’s most recognized figures into its ranks with UFC Heavyweight Champion Randy Couture and UFC president Dana White.

White joined the helm of Las Vegas-based Zuffa LLC. in January 2001 following their purchase of the Ultimate Fighting Championship, and has helped reshape the face of combat sports worldwide, particularly with the popular reality TV series “The Ultimate Fighter” on Spike TV, now in its sixth season.

Both Couture and White were acknowledged for their “outstanding contribution to martial arts” in front of a packed ballroom of lifelong martial arts ambassadors and luminaries. Couture attended the event with his wife Kim, while revered MMA referee and Brazilian jiu-jitsu black belt “Big” John McCarthy – inducted last year and serving on 2007’s board – gave a keynote address that concluded the evening.

It was a sign that the times are indeed changin’ as MMA continues a forward march into worldwide consciousness. A few months shy of its fourteenth birthday in the U.S., the burgeoning sport of MMA has seemed to run independently of the traditional martial arts community, a union of multiple fighting arts entrenched in hundreds of years of history.

Masters Hall of Fame CEO Shihan Daniel L. Hect believes that bridge – one of perception at the very least – was gapped last night.

“We want to bring traditional martial artists back into the reality of how martial arts are actually applied, and that’s what mixed martial arts brings to the table,” said Hect.

In his address, 14-year senior referee McCarthy carefully noted MMA’s contribution to the martial arts as a whole.

“All mixed martial artists are special people,” said McCarthy. “They have helped people like the martial arts because of the way they go about doing things. They spend time with the fans, they take pictures, they answer questions.”

McCarthy encouraged the martial arts community to “pay” its talents “forward” when their opportunities arose with fans, students, and admirers.

A non-profit organization, the Masters Hall of Fame intends to introduce and award a college scholarship to a deserving martial arts student next year.