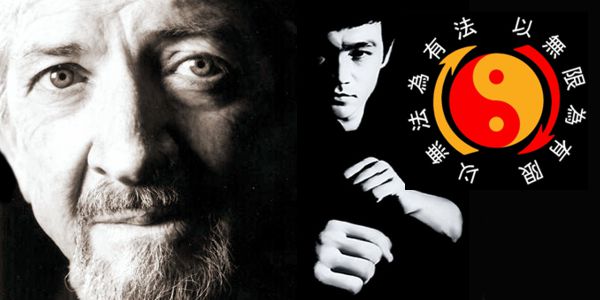 We received this from the The Jerry Poteet Family. With heavy hearts, we are saddened to report that Sifu Jerry Poteet passed away on Saturday, January 15, 2012 in Los Angeles, California. His Flame is still burning bright now and into the future through our family, instructors, students, friends, and followers.

As Sifu Bruce Lee once said:

Remembrance is the only paradise out of which we cannot be driven away. Pleasure is the flower that fades, remembrance is the lasting perfume. Remembrances last longer than present realities.” More announcements to come . . .

According to Inside Kung Fu magazine’s editor, Jerry Poteet was “the greatest Jeet Kune Do instructor in the world.” “The original Bruce Lee student, Jerry Poteet, is known by many as “the conscience of Jeet Kune Do.”

After Bruce Lee passed away, Jerry Poteet stood firm, refusing to water down the Lee’s art that had such an enormous impact in his life. Jerry credited his teacher, Bruce Lee, with giving him the tools he needed to survive, “the fight of my life”, when Jerry was compelled to undergo a liver transplant in 1995. It was Jerry who taught Jeet Kune Do to the next generation of students and Instructors, who continue to keep the flame alive.

Sifu Jerry Poteet taught martial arts for over 40 years. Like many young men in the 1960s, Jerry began his martial arts career in Kenpo, and he became a Black Belt under renowned Kenpo Instructor, Ed Parker, Sr..

Contrary to popular misconception, Jerry met his famous Jeet Kune Do teacher in Oakland, at James Lee’s home. Later that year, Jerry was fortunate enough to become the second student admitted to Bruce Lee’s Chinatown School back in Los Angeles. He was also asked to join a “closed door” group of five students, who trained with Bruce Lee twice a week.

In the years since, Jerry used his martial arts expertise to train the Dallas Cowboys football team. He was also an executive bodyguard for Hollywood celebrities, and he choreograph the fight scenes of several motion pictures including Dragon: The Bruce Lee Story (1993).

Jerry’s proudest achievement, however was to be chosen as the person best able to train Jason Scott Lee, the actor who would portray his teacher, Bruce Lee. Over the years, Jerry had refined a teaching method that, like the art of Jeet Kune Do itself, striped away the inessentials and it was this method he used to train Jason. For Sifu Poteet, it was the ultimate way “to give something back to my teacher.”

Sifu Poteet was easy-going, yet intense, truly embodying the principle of Yin/Yang, or opposites co-existing harmoniously. He was friendly and casual in manner, yet he demanded precision in movement and attitude. Laughing and joking, yet all business when it came to the training results whether teaching an individual or a group. He wanted to elicit from students what his teacher demanded from him: their very best. Many of his students surpassed not only his expectations, but their own expectations as well.

Jerry Poteet was proclaimed “The Source” for the truth in Bruce Lee’s art of Jeet Kune Do.