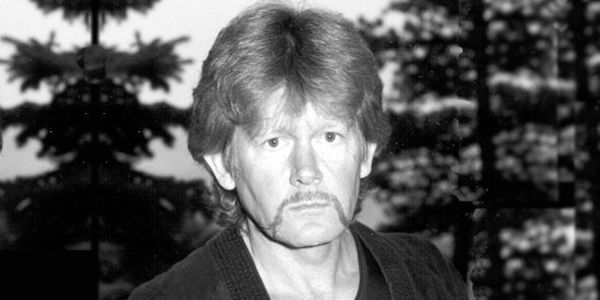 Jim Harrison was and still is the voice of truth and continues to be known worldwide for his candor. Concerning all phases of martial arts, including but not limited to, training, teaching, coaching, as well as competing, he is a man of strong, honorable and uncompromising convictions. Agree or disagree, he makes his stand and is willing to live or die by it.

The late Bruce Lee, Martial Arts Movie Star and Professional Hall of Famer said, “I fear no man, but Jim Harrison and Mike Stone are the two last men that I would wish to meet in an alley fight. Jim Harrison’s fighting style is not flamboyant or spectacular, it’s just simple and deadly!

Bill “Superfoot” Wallace, Undefeated Middleweight Full Contact Champion and Professional Hall of Famer said, “When I decided to become a full contact fighter, I knew I needed a fighter to teach and coach me. I chose Jim Harrison. Jim is not only an excellent technical instructor but his tactical and strategical knowledge is unbelievable.”

A living legend from the “Blood and Guts” era of the 60’s, Harrison is always considered one of the toughest fighters – he won the 1999 National Masters Judo Championships in Spokane, Washington, and placed third in the first World Masters Championships held in Toronto, Canada. Ask almost any karate veteran whom he would least like to meet in the ring and he would probably say Jim Harrison. As one veteran fighter said, “One of my ambitions is to knock Jim Harrison down and keep him down.” It has never happened.

Harrison got his indoctrination into the Martial Arts from Bob Kurth, a former Judo Champion and Navy commando during World War II. From Kurth’s teachings, Harrison evolved into a three-time U.S. Karate Champion and a three-time All-American Champion….and the list of titles goes on.

Besides instructing his practical and effective street survival techniques and tactics worldwide, he continues to teach in modern weapons, bow hunting, camping, kayaking, climbing and grappeling, and alpine/nordic/para-skiing at his Ronin Jutsu Combat Training Headquarters in Missoula, Montana. His students have been members of the Seals, Recon, Rangers, Special Forces and Delta Force.

Even though Harrison resides in Montana, his legacy, producing fighters-not dancers, continues to thrive not only in the Kansas City area where his legendary Bushidokan system and schools flourished in the 60’s and 70’s, but also throughout the world.