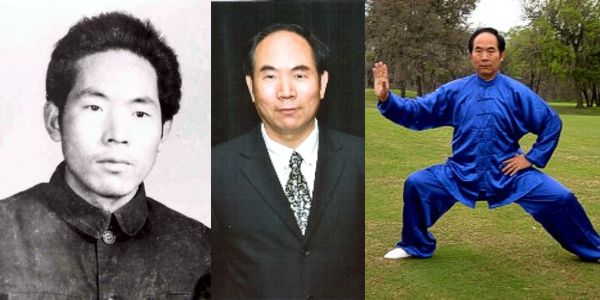 In Houston, Texas, Grandmaster Jin Cai Cheng is almost the symbol of Tai Chi itself. He has trained thousands of people as his disciples, bringing health benefits to many of them and he was widely recognized for his outstanding achievements in this field. As early as 1994, he was already listed in Chinese Famous Martial Artists published by China’s Xinhua News Agency. The Chinese-American Celebrities Yearbook included his name beginning as early as 1998.

The first decade of the new millennium continued to bring Grandmaster Cheng recognition for his accomplishments. In August 2001 he was included in the book Celebrities of Houston Chinese Community. The Mayor of Houston proclaimed December 9th of that same year Grandmaster Cheng Jin Cai Chen-Style Tai Chi Promotion Day. In February 2002, Grandmaster Cheng Jin Cai was listed in the book of Asian Martial Arts. That following August he was awarded The Most Outstanding Martial Arts Master by The United States of America Wushu-Kungfu Federation and was appointed to a position within the Federation of Advisor. On April 2, 2005 Houston Mayor Bill White awarded Grandmaster Cheng Jin Cai with the title of title of Honorary Citizen and Goodwill Ambassador and an accompanying certificate. US Congressman Al Green also awarded Grandmaster Cheng with the Special Contribution Award. In May 2007, Grandmaster Jin Cai Cheng was listed in the book Chinese Contemporary Martial Arts Celebrities published by Baihua Literature and Art Publishing House of China. In 2008, he was rated as one of the martial arts masters who contributed greatly to the construction of Chinese martial arts culture by Xiao Kang Monument.

Over the years, Grandmaster Jin Cai Cheng graced the cover of the US Tai Chi Magazine, the United Kingdom Tai Chi Magazine, the US World Chinese Weekly, as well a numerous other martial arts magazines. His advanced ability continues to receive attention. Having come to the United States in 2009 he began to receive the same kind of honors. In January, US Chinese Fortune Magazine did an interview and cover story about Grandmaster Cheng entitled World Renowned Grandmaster Shines in the US – Interview with Chen-style Tai Chi Grandmaster Cheng Jin Cai. In addition, Grandmaster Cheng was selected as one of the elites in the martial arts industry by more than two hundred mainstream media outlets of SBS International Media Group. He was also awarded the “Outstanding Contribution Award” and appeared in the list of “Global Chinese Celebrities”. There are over one thousand media reports about Grandmaster Jin Cai Cheng. The World Hall of Fame Network in the US had even established a special report tracking Grandmaster Jin Cai Cheng’s continuous achievement and activities. Grandmaster Cheng had led many teams to participate in various large martial arts competitions. He had assumed the roles of referee and general referee at a number of major martial arts competitions around the world.

Grandmaster Cheng had led many teams to participate in various large martial arts competitions. He assumed the roles of referee and general referee at a number of major martial arts competitions around the world. Over the years, Grandmaster Cheng had been well recognized in the US mainstream society and had been invited to attend events such as US Country Club, Houston International Festival, Houston Mayor Inauguration Ceremony, etc.. You could also have seen Grandmaster Jin Cai Cheng at the NBA playground, where he was invited to lead a team to demonstrate Chinese traditional and quintessential Tai Chi.

Over 30,000 people attended the Houston Dynamo’s opening ceremony for the Olympic athletes’ sendoff. Grandmaster Jin Cai Cheng, acting as the general director, waved the command flag and led thousands of people to perform Shaolin Tai Chi and form various martial arts formations. At the end the team formed into the shape of five interlocked rings of the Olympic logo with dragons and lions dancing around. This performance received thundering cheers from the audience. Qiao Hong, the Chinese Consul General in Houston, opened the ceremony by throwing coins. Those camera shots along with Grandmaster Cheng leading the team performance were widely viewed throughout the world via the coverage on mainstream TV stations, radio stations, in newspapers and over the internet. Among the proud faces of the successful Beijing Olympics was Grandmaster Cheng’s wise presence and moving smile.

Grandmaster Jin Cai Cheng tirelessly and successfully promoted Chen-style Tai Chi, thus gradually becoming the “focus” of the media. Houston TV stations including Channel 2, Channel 13 and Channel 39 interviewed Grandmaster Cheng and had done special reports about him. The World Journal reported on Grandmaster Cheng many times and even appointed him as “Ambassador of Image” for the paper. Other media organizations which have covered Grandmaster Cheng’s achievements numerous times and at length include, but are not limited to; US Tai Chi, US Kung Fu, Southern China Daily News, US-China Evening News, China Times, International Daily News, Houston Chronicle (the only major English newspaper in Houston). A local Chinese radio station has a special weekly program scheduled where Grandmaster Jin Cai Cheng regularly gave a 25 minute lecture on Tai Chi. Houston Chinese Press and Houston Community Guide not only reported on Grandmaster Cheng often, but also frequently published his articles. Internet media outlets such as UK Tai Chi Magazine, China’s Xinhuanet, Sina, America’s Yahoo, Business Wire, CNN Money, Forbes, Youtube, Hoovers Online and so forth have covered stories about Grandmaster Cheng Jin Cai many times.

Mr. Lai Weimin, a professor and senior engineer who had worked in China’s petroleum industry for 42 years, came to Houston after retirement and has been doing volunteer work in the US for many years. In 2006 he was assigned to do volunteer work at the US Chen Style Tai Chi Federation in Houston. During the process of filing and organizing office paper work on the behalf of Grandmaster Jin Cai Cheng, he learned what Grandmaster Cheng has achieved over the years. Mr. Lai was so touched that he volunteered to write a biography of Grandmaster Cheng.

In 2005 Grandmaster Jin Cai Cheng’s career took an even bigger upturn. On October 30,  2005 he successfully hosted the big event “The Texas Tai Chi Week”. He also held the US National Martial Arts Competition and Houston International Martial Art Tournament in 2006 and 2007. With his appeal alone, he gathered the martial associations and martial art professional from the US and world together to participate in these events.

On August 20, 2007, the International Tai Chi Exchange Competition was held by The Chinese Wushu Association, Sports Bureau of Henan Province and Jiaozuo People’s Municipal Government. At this competition, Grandmaster Cheng Jin Cai was declared as one of the world’s Ten Tai Chi Celebrities and invited to demonstrate Tai Chi as a celebrity at the opening and closing ceremonies. His honor and performance were widely reported in the Chinese media.

On April 17, 2008, Grandmaster Cheng led two of his disciples in a performance at the “The Night of Yao”, an evening party for charity. That was Grandmaster Cheng’s first time meeting with Yao Ming.

It was Grandmaster Jin Cai Cheng plans to further nurture Chen-style Tai Chi teachers and descendants. He did not want to stop with Chen Style Tai Chi’s current state of development. It was his goal to establish for Chen-style Tai Chi a level system similar to that of Tae Kwon Do and to make Chen-style Tai Chi more professional and a standard practice for everyone. This was his way of promoting Chen-style Tai Chi and to help Tai Chi become part of people’s lives, helping them reach newer and higher levels. Others will carry on his incredible work.

USAdojo - January 15, 2013
We use cookies to ensure that we give you the best experience on our website. If you continue to use this site we will assume that you are happy with it.OkRead more