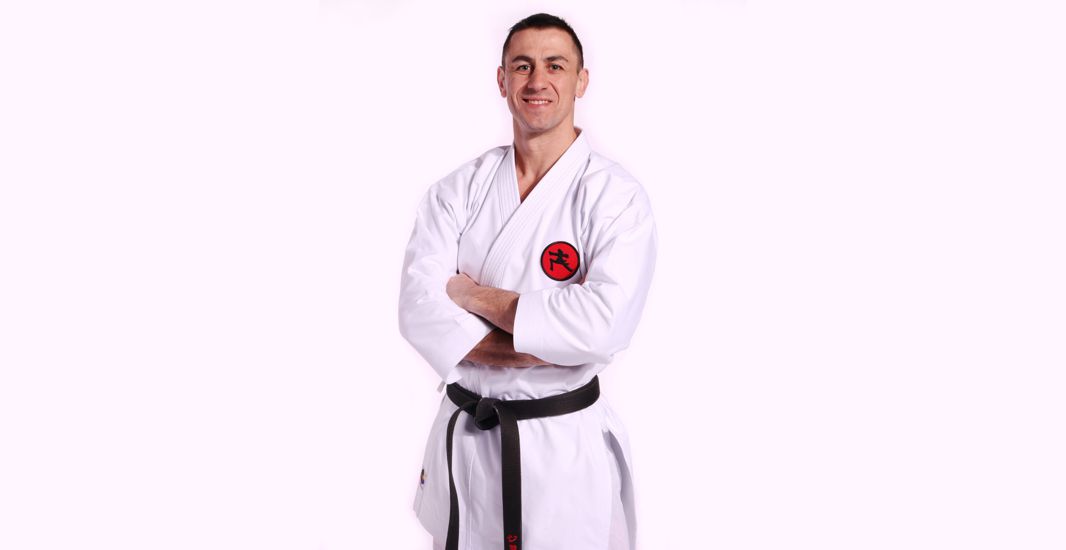 John Fonseca has been competing in a wide range of national and international tournaments since the age of seven. In addition to his impressive competitive credentials, Sensei Fonseca also holds a 4th Degree Black Belt in Shotokan Karate, and is a nationally-certified Karate coach and referee with significant teaching experience in the martial arts and fitness fields.

America’s Most Decorated Male Karate Athlete
In 1996, John Fonseca became the first American to medal at World Championships in almost twenty years. He is the only male karate athlete in the world to win repeat gold medals at the Pan American Games, and the only American karate athlete to win the Paris Open. His competitive accomplishments are recognized both nationally and internationally, earning him the U.S. Olympic Athlete of the Year award three years running and an induction into both the USAKF’s and Black Belt Magazine’s Halls of Fame.

Training Award Winning Athletes
Sensei John Fonseca has been teaching children and adults martial arts for the last fifteen years. In 2003, he opened Elite Martial Arts & Fitness in Skokie, Illinois (now named Fonseca Martial Arts). The dojo has afforded Sensei Fonseca and his staff the ability to instruct several hundred students in the art of Karate and Judo, and Fonseca Martial Arts students continue to take top medals in the local, regional and national karate competition in which they’ve competed. Through martial arts instruction, students develop respect for others, a sense of personal responsibility and discipline as they develop their technique and skills. FMA’s curriculum and approach are designed to work with people of all levels of skill and fitness, from beginning to advanced, to bring out the best in every individual.

To contact John Fonseca and Fonseca Martial Arts visit his listing on the Martial Arts Schools & Businesses Directory or FindADojo.com by clicking on the image on the left.