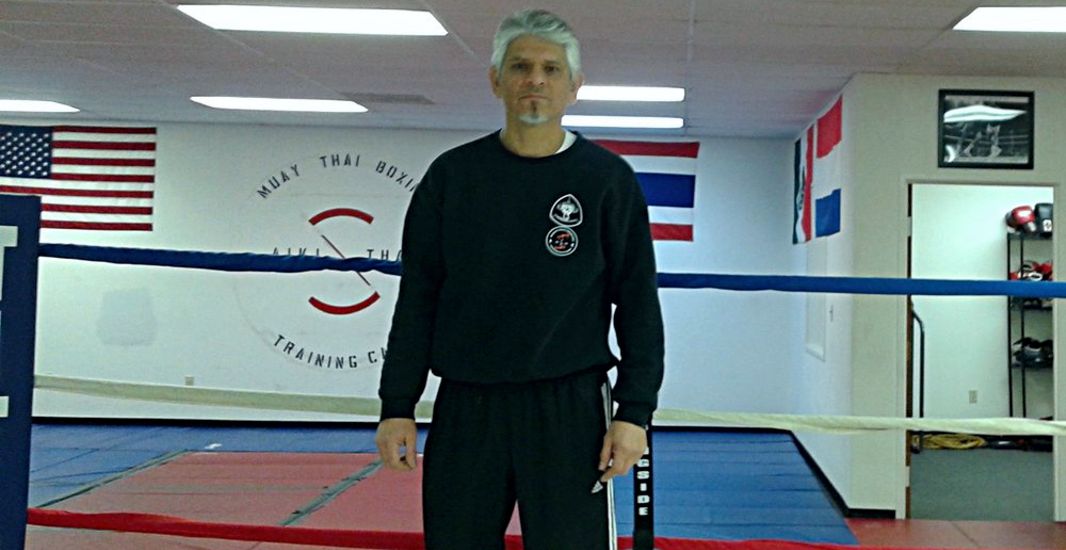 Khru John Sosa grew up in Chicago Illinois, and later relocated to Dallas, Texas. He came from a long line of martial artist and and was the youngest of four children. He began his martial arts training at a very early age under the close Instruction of his father, Shihan Bill Sosa, founder of the International Aikido Association and Author of such publications as The Essence of Aikido, P.A.C.T. (Police Aikido Controlling Tactics) and Aiki Journey to Self Mastery and other publications as well as instructional videos. Khru John’s older brother, Rick Sosa, Sensei, 6th Dan in Aikido, is ten years Khru Johns senior and was a very big influence on Khru John’s martial path as well. Khru John Sosa held a 6th dan, through the International Aikido Association.

During the late 1980’s Khru John began diligently training in Muay Thai under Grandmaster Ajarn Surachai Sirisute and became a certified Muay Thai instructor under Grandmaster Sirisute in the early 1990’s. Mr. Sosa had also had extensive training in kickboxing as well as Western Boxing and Aiki Ju Jitsu. He had been teaching and helping spread the martial arts in the Dallas area since the early 1990’s and founded the Aiki Thai Muay Thai Training Camp in 1995 in Dallas Texas.

Mr. Sosa spent much of his time holding seminars and workshops sharing his unique perspective, yet traditional values of Muay Thai Boxing and Aiki concepts. He had trained in the martial arts for over 40 years and incorporated his experiences in a way that could be very practical and useful in training and in day to day life. Khru John Sosa’s competed nationally and internationally, earning him an international middle weight championship title in 1993.

Mr. Sosa spent a great deal of his time teaching young individuals in the community who have little or no guidance. He used martial arts as an avenue to help them achieve a better life, as well as to help them gain discipline and confidence. He also trained many young fighters to compete in the ring and gave them a healthier respect for Muay Thai. His goal was to help them build character as they train and compete.

Khru Sosa felt strongly that as one progresses in life one should accept the responsibility that comes with the knowledge of martial arts, its humble roots and its current vastness and that that knowledge should be passed on to those who wish to learn.

Bill Sosa Sensei passed away in Dallas on June 9, 2002 after a short illness. He leaves behind a loving family and many dedicated students, as well as a legacy of martial arts leadership that spanned nearly 40 years.