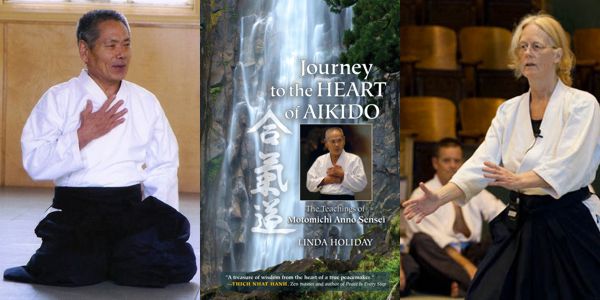 Journey to the Heart of Aikido presents the teachings of Motomichi Anno Sensei, one of the few remaining direct students of Morihei Ueshiba, the legendary founder of Aikido. After a lifetime of practice and teaching in Japan, the United States, and Europe, Anno Sensei conveys through his teachings Aikido’s essential spirit of love, harmony, gratitude, and purification with simple authenticity and eloquence. Author and translator Linda Holiday–herself a senior instructor of Aikido–brings to life the intimacy of this communication through translated discourses on the deep practice of Aikido and candid dialogues between Anno sensei and Western students.

Journey to the Heart of Aikido includes Linda Holiday’s vivid account of her adventure as a young woman studying Aikido in the mystical region of Kumano, Japan, in the 1970s, and a poignant telling of Anno sensei’s life and his first-hand experience of training with Aikido’s founder. An essential resource for the global Aikido community, Journey to the Heart of Aikido also offers spiritual teachings relevant to all contemporary seekers, touching a wide range of themes such as the meaning of martial arts, the integration of body and spirit, the truth of interconnectedness, and the practice of peace, offering all readers insight into the profound spiritual questions at the heart of life. 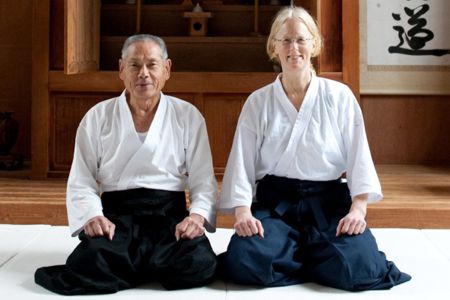 LINDA HOLIDAY first moved to Japan in 1973 to receive instruction from Aikido teachers who were direct students of the founder of Aikido. She was one of the first Westerners to study Aikido in the remote, mystical Kumano region of Japan, where she became a close student and personal interpreter of Motomichi Anno Sensei. A 6th degree black belt, she has taught Aikido professionally since 1976 and founded the nonprofit organization Aikido of Santa Cruz in 1982, where she continues to serve as its chief instructor. (More About Liinda Holiday)

MOTOMOCHI ANNO is one of the highest-level teachers of Aikido in the world. Born in 1931, he is one of the few remaining members of a generation of Japanese masters-teachers who received direct instruction from the founder of Aikido. Anno Sensei received his 8th-degree black belt in 1978 and has been a senior teacher at the Kumano Juku Dojo for over forty years, serving as its chief instructor for the past nine years. In 2009, Anno Sensei received the prestigious Distinguished Service Award from the Japan Martial Arts Association for his lifetime dedication to teaching Aikido. (More About Motomochi Anno)

Visit the Journey to the Heart of Aikido Web Site