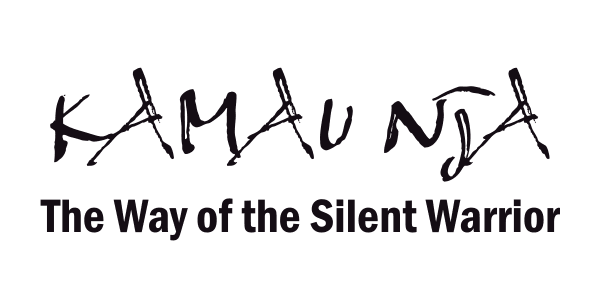 Kamau Njia is one of the most innovative and practical systems of self defense taught today. Kamau Njia specializes in teaching defensive tactics ranging from the use of non-lethal force to survival tactics. It is the perfect method for men, women, and children of all ages, sizes, and strength.

Kamau Njia is based on instinctive movement, practical concepts, and sound principles. This is coupled with the ability to develop skills from an individuals natural defensive and offensive movements. These skills are thoroughly enhanced through “REAL TIME” training scenarios against grabs, strikes, weapons, and ground attacks. Through these training scenarios, students are better prepared to function during the pressure and distress of violent attacks.

What is Kamau Njia?
The word Kamau is Swahili for Silent or Quiet Warrior. The word Njia is Swahili with the meaning of Way. Thus Kamau Njia is defined as: The Way of the Silent Warrior.

Upon further examination of each individual word, as defined through Webster’s Desk Dictionary, we find that Silent means: Making no sound; unspoken or tacit. Tacit meaning to be understood without being openly expressed. Warrior is explained simply as a person engaged or experienced in warfare. Therefore a “Silent Warrior” is defined as one who is knowledgeable in warfare, who is unspoken yet understood without being openly expressed.

What is Self Defense?
According to the Random House dictionary the word Self is defined as 1. a person or thing considered with respect to complete individuality or separate identity. 2. a person’s nature or character. 3. the subject of experience as contrasted with the object of experience; ego.

Defense is defined as: 1. resistance against attack; protection. 2. something that defends a fortification. 3. the defending of a cause like by speech; argument. Finally a Defensive Mechanism is defined as: 1. the defensive reaction of an organism (self) as against a pathogenic microorganism (attacker).

So when the principles of self and defense are combined, we find the following. Self defense: is an act of the defending one’s person against physical, emotional, spiritual, and cultural harm. The meaning of the word self defense helps us establish the foundation of what would become Martial Arts or Martial Science.

Kamau Njia: The Silent Warrior
Ultimately a student of The Kamau Njia System of Self Defense will be defined as: A person defending themselves, their emotions, their spirit, or their culture through the knowledge of warfare, yet is without sound but having the ability to be understood without being openly expressed.

The ultimate goal of Kamau Njia, is to arm the student with the ability to be competent in all life skills including defending themselves so they may never have to lift a hand in physical combat, higher learning in the Arts and Sciences, and fundamental survival skills. Instructors of Kamau strive to instill the qualities of peace, harmony, and spiritual growth in each student. Students are encouraged to expand themselves mentally, physically, and spiritually through their studies in the martial sciences.

The Seven Principles of A Warrior
UMOJA – Unity: To become unified with the Universe. To discover the harmony within.
KUJICHAGULIA – Self Determination: Your entitlement to choose your own path in life.
UJIMA – Collective Work & Responsibility: To work conscientiously for progress in your family and community.
UJAMAA – Cooperative Finances: To support your family and community to the best of your ability.
NIA – Purpose: To unearth and conquer the purpose of your life.
KUUMBA – Creativity: To employ the natural character of creativity in everything you do.
IMANI – Faith: The accepting that All Things Are Possible through your strong conviction in the Creator

Beginning students are introduced to the fundamentals of the Art. This consist of blocking, striking, rolling, falling, footwork, and basic self defense. Physical fitness exercise and flexibility enhancement are also a major part of the beginning curriculum.

Students learn proper training skills utilizing the five components of fitness including: cardio vascular strength, flexibility, muscular strength, muscular endurance, and body composition. Intermediate and advanced students are taught more detailed and intricate movements of the Art. The development of fluid movements is essential and is achieved through various kuzoeza (drills) and kielezo (footwork patterns). Student’s of the highest level of Kamau Njia learn to become one with the attack as they utilize body movements to harmonize and neutralize the attacker.

Kamau Njia encompasses striking methods along with restraining tactics, ground fighting skills, weaponry, and much more. Our system is meant to very gentle on the victim, but devastating on the attacker. We call this training in the Art “Streetology” (The science of street survival combat). Kamau was developed as a means by which a person of any age, size, or strength, could effectively defend themselves.

While Kamau Njia emphasizes many aspects of the traditional arts, instructors also employ many modern methodologies as well. Kamau techniques are swift, efficient, and powerful while at the same time exhibiting gracefulness and beauty. Kamau Njia emphasizes devastating entering movements such as trapping, redirecting, and limb destruction’s coupled with controls, throws, and pinning techniques.

While is imperative to follow the principles kanuni and philosophies filosofia of Kamau Njia, it is even more important to lead the life of a warrior. Although heavy emphasis is placed on the physical aspects of training, the holistic and spiritual side of the Art not without study. Kamau Njia is a complete system of martial science that can be learned by students of all ages and sizes.