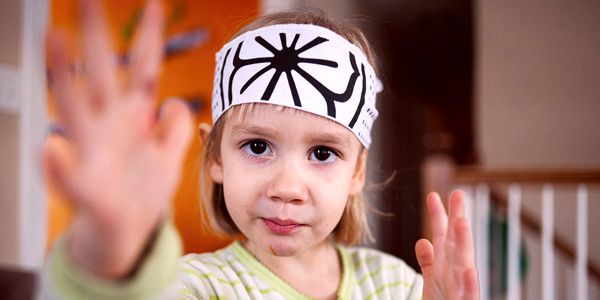 With a bloodcurdling cry, your 6-year-old leaps into the air in a karate kick, raising your hair and blood pressure simultaneously. Before you panic and pad the walls, try channeling your karate kid into martial arts classes.

Activities like tae kwon do, kung fu, and aikido are a fun way for both boys and girls to achieve fitness and focus. Some parents may think they also promote violence, but that’s a myth, according to experts. The martial arts actually help teach self-discipline and socialization skills. In fact, many parents whose children have attention-deficit/hyperactivity disorder (ADHD) report great success with these programs because self-control and concentration are exactly the skills underdeveloped in ADHD kids.

A typical hour-long class begins and ends with a bow to the teacher, or master. After a warm-up, students practice the art’s particular skills, which may include kicks, punches, and blocks. Each requires concentration and strict attention.

Progress is often marked by the belt system, which takes the beginner from a white belt through a variety of colors until black. Testing for each new level, generally every three months, is a good exercise in setting and achieving goals.

But, say experts, it’s the respect kids learn, whether from bowing or standing still and waiting for the next command, that can be the most important benefit: It often carries over into school, helping to improve behavior and even grades, according to recent research.

“Six is usually a good age to start classes,” says Mimi Johnson, M.D., a member of the American Academy of Pediatrics’ Committee on Sports Medicine and Fitness. By that time a child should have enough muscle control to punch and turn properly and safely — essential to getting a real kick out of the martial art he chooses.

Class options
The American T’ai Chi Associates recommends looking for a school that adheres to the original principles of the martial art it offers, rather than one that dilutes them by, say, pairing jujitsu with kickboxing: The purer the teaching, the more your child stands to gain. Here’s a quick guide to help you choose the right class for your child.

Karate (Japanese)
A system of self-development using kicks and punches. Its quick, sharp actions involve snapping movements of the joints, which means that kids need to warm up carefully.

Tae Kwon Do (Korean)
A form of karate developed as a military art, which has become one of the more popular martial arts in the U.S. It uses kicking and punching movements to energize the body, and breathing and meditation techniques to provide focus.

Judo (Japanese)
Taught as a competitive sport, judo teaches kids how to throw a partner using balance and leverage and helps them learn self-control and respect for their opponent.

Jujitsu (Japanese)
A competitive form of self-defense that teaches students to use their opponent’s weight and strength against him. Having a partner fosters cooperation.

Aikido (Japanese)
Uses many of the same movements as jujitsu but is gentler and noncompetitive. It, too, is an excellent discipline for teaching children how to work with a partner.

Kung Fu (Chinese)
A rigorous and physical form of karate that involves more fluid movements than its Japanese cousin, making it easier on joints. It’s fast-paced, so kids get an aerobic workout.

Helping Your Child Learn Self Control