Home Who's Who Kee Hwang: Tang Soo Do 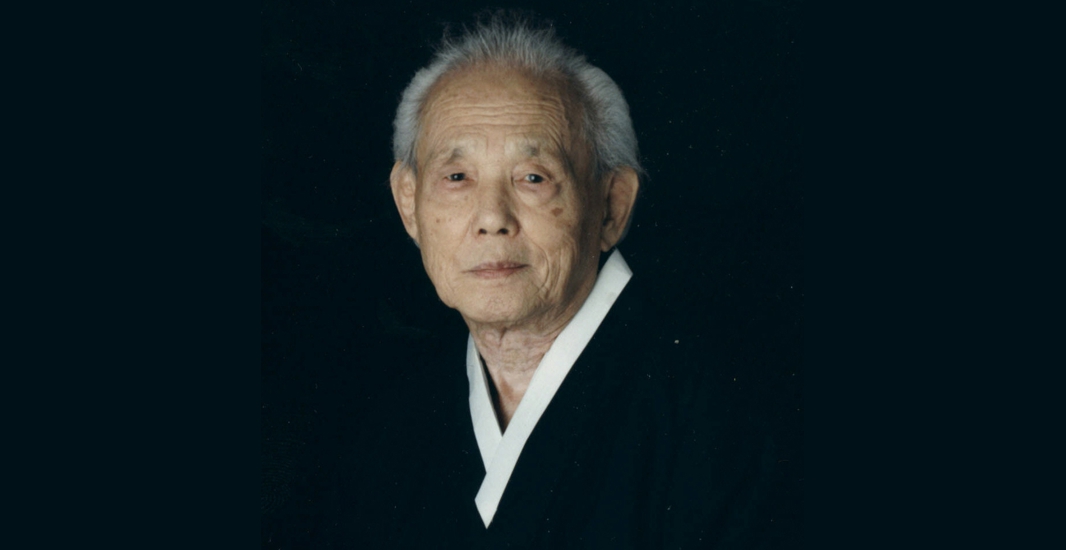 Kwan Jang Nim Kee Hwang was born on November 9, 1914, in Jang Dan, Kyong Ki province where the DMZ is currently located. His father, Yong Hwan Hwang, had a dream in which he saw the bright star (Sam Tae Song) before his son’s birth. He named his son “Tae Nam”, which means “star boy”. Later his name was changed to “Kee”. His father was a scholar who had achieved a high level of academic recognition from the last King of the Yi Dynasty, Ko Jong.

In May 1921, when young Kee Hwang was about seven years old, it was a time of a traditional holiday called “Dan O”, which is the national May festival. During that time he happened to visit his neighboring village, where a variety of folk plays and festive activities were held. As he enjoyed seeing a variety of folk plays such as Ssirum (traditional wrestling), archery and roadraces around the village, he happened to see a group of people in a tavern making noise that caused him to believe that some trouble was developing. He saw a group of seven or eight young men arguing with one man, and this argument soon progressed to physical fighting. The group of young men began to attempt to beat the man. The man was avoiding their attacks and countering with various kicks to the group of young men. Soon the group of young men fell one by one as a result of the man’s strange moves. After the attack ended, some onlookers said, “That is Tae Kyun”, and some said, “That is Sip Pal Ki”, as they were departing. The Kwan Jang Nim was so impressed by this man’s performance that he decided to find out what his art was about. He followed the man at a distance and discovered where he lived.

Several days later, he approached the man’s home and sat on a hill nearby and looked down at his house. He saw the man practicing some hand and foot movements with a partner. He watched their practice closely with great interest and he realized that these were the same techniques that the man had used facing the group of seven or eight young men at the May festival. After that, he often went near the man’s home to watch him practice, and he imitated and practiced what he saw from the man’s techniques.

One day he decided to learn these techniques and he asked the man to teach him. His request was refused because Kee Hwang was too young. Although disappointed, he would go to the man’s home and watch him perform whenever he could and then practice by himself what he had seen. This was the “Tae Kyun” that had been handed down from the later part of the Yi Dynasty. This experience was a major influence leading him to become a Kwan Jang Nim, who would devote his entire life to Soo Bahk Do Moo Duk Kwan.

In the country of Korea some 70 years ago, the educational system differed significantly from the present. Few students became high school graduates. The Kwan Jang Nim entered elementary school at the age of 11 and graduated high school in March 1935. Following his graduation, he went to Manchuria to work for the railroad company (May 1935).

In May 1936 he had the opportunity to meet a Chinese master, Master Kuk Jin Yang ,and to visit Master Yang’s house with a friend, Hyo Pil Park, who worked with him at the Jo Yang Station. During this visit, he learned that Master Yang was teaching a handful of private students practicing a Chinese martial art in his home. He never lost his dream of learning the depth of the martial arts following his experience when he was seven years old. He had trained himself whenever the opportunity was offered and from whatever source was available during the past 20 years; however, he never had any organized or structured lessons, nor did he have access to formal instruction or any dependable literature on the subject.

Mr. Kee Hwang was overwhelmed with happiness as if he were dreaming, knowing that he was at the home of Master Yang, who was highly renowned as a martial arts Master. He was served tea by Mrs. Yang. His first impression of Master Yang was of a man with a very gentle and healthy appearance with good energy, who looked to be about 50 years old. Master Yang was taller than Mr. Kee Hwang and kept his body healthy. That same day, Mr. Hwang Kee humbly requested to be Master Yang’s student. Master Yang refused his request gently, saying that “I am not good enough to teach you.” Mr. Hwang Kee and his friend, Mr. Park, could not speak Chinese well enough to present their sincere wishes to study at that time. That evening they had a good dinner at Master Yang’s house, thanked the couple, and returned to their home.

That night Mr. Kee Hwang could not get to sleep because of the excitement that he had experienced being with Master Yang. He considered this to be once-in-a-lifetime opportunity to learn the martial art from the Master, if he were accepted. He was also concerned about what he would do if Master Yang really would not accept him as a student. He tried to get to sleep that night with mixed emotions of happiness and concern.

The next morning, he discussed things with his friend, Mr. Park, and they decided to visit Master Yang again and again until they were accepted. On their third visit, Master Yang finally accepted them as his students. They were so happy to be accepted that they practiced whenever they had the opportunity. Because of their work schedule, they trained every other day. Mr. Kee Hwang never missed practice with Master Yang. He accepted Master Yang’s instruction sincerely and his progress was exceptional due to his sincere dedication and prior martial arts experience during the previous 20 years.

Master Yang admired his dedication. Mr. Kee Hwang and four other students were training under Master Yang during this time. The training consisted of Seh Bop (method of postures), Bo Bop (method of steps) and Ryun Bod (method of conditioning) as their basic training. They also had trained in “Dham Toi Sip E Ro” and “Tae Kuk Kwon,” which were disciplines of form and its combat applications.

In August of 1937, he had to leave Master Yang and return to Seoul for personal reasons. During 1941, he went back to Manchuria for a short time to visit Master Yang for instruction. This was the last time he was able to enjoy Master Yang’s instruction. He could not communicate with or visit his Master again once China became a Communist country in 1946.

Upon his return to Seoul after leaving his instructor Master Yang, in 1937, the Kwan Jang Nim searched for an opportunity to continue his personal martial arts training and, possibly, teach. It was impossible at the time, for him to pursue his wishes in martial arts activity due to the strict Japanese influence on all facets of the Korean culture. (The country of Korea was occupied by the Japanese from 1910 to August 1945). Because of this situation, Gum Do (Ken Do) and Yu Do (Ju Do) were the only two martial arts known to the general public. People did not have any knowledge of Soo Bahk, Okinawan Karate, Chinese Wu Shu, or Kung Fu.

Because of this situation, it was impossible for Kwan Jang Nim Kee Hwang to make his long-time dream come true. He spent long hours of meditation and self-conditioning during this time.

He started work at the Survey department of the Cho Sun Railway Bureau in 1939. His working area was very peaceful and quiet because it was in a separate building a little distance from the main building. In this facility were located a lecture room, a library, and various exercise rooms.

In his employment, although he earned a low salary, he was very comfortable with the working conditions and especially his work environment. He spent most of his time reading books from the library. He particularly enjoyed reading about astronomy, philosophy, and Okinawan Karate. It was a very pleasant surprise for him to find karate books at the library, even though all the books were from Japan. (No other books were available from any other country at that time and this was the first modern form of martial arts books he had seen).

This was his first encounter with Okinawan Karate and he found that he was able to study the art though books at that time. Later, this knowledge influenced the Moo Duk Kwan system when “Tang Soo Do” was adopted by Grand Master Kee Hwang during the early part of the Moo Duk Kwan history.

Although Pyung Ahn Hyungs, Passai Hyungs, and Kong Sang Kun Hyungs, etc., were practiced a little differently from the original Okinawan Karate (unique use of the application of offensive and defensive hip in all movements, and hip extension and thrust kicking techniques as well as its interpretation), these Hyungs were influenced by the Kwan Jang Nim’s study of the books on Okinawan Karate, as indicated in the Soo Bahk Do Deh Kahm (1970).

During that period of time, he had developed his high maturity as a martial artist. Because he worked for the railroad, he was able to travel without cost to anyplace where the train could reach. He traveled to most of the famous mountains and to Manchuria, which added to his experience and maturity in the martial art discipline.

During the same period, there were a number of wars initiated by Japan, which led to World War II. It was a very unstable time.

Finally, Korea became an independent country on August 15, 1945, as World War II came to an end. At the time it became possible for Kwan Jang Nim Kee Hwang to fulfill his life-long dream to dedicate himself solely to the martial arts.

During the previous 25 years, his maturity as a martial artist had been conditioned through his hard and long self-taught training of Tae Kyun and his various experiences in both formal and informal martial arts training, as well as the significant influence by his master, Master Yang, while he was in China. It was not only Master Yang’s technical influence but also his desire to improve human character, which proved an invaluable experience. The study of Okinawan Karate through the available books at the library while he was employed by the Cho Sun Railway Bureau in Seoul form 1939 to 1945 was also a great influence.

With these experiences in martial disciplines, he founded the Moo Duk Kwan and established its philosophy on November 9, 1945.