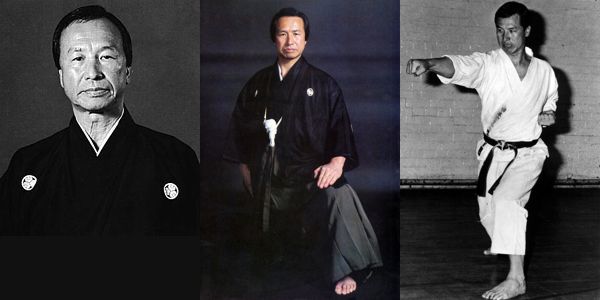 Keinosuke Enoeda was born on July 4, 1935 in Fukuoka on the island of Kyushu, Japan. He was a Japanese master of Shotokan karate and the former Chief Instructor of the Karate Union of Great Britain. Enoeda was ranked 8th dan in Shotokan karate, and was widely renowned as a formidable karate practitioner and after his death he was posthumously awarded the rank of 9th dan.

As a youth, Keinosuke Enoeda trained in kendo and judo. By the age of 16, he had reached the rank of 2nd dan in judo. When he began studying at Takushoku University, which was well known for its strong martial arts program, he watched a karate demonstration there and it inspired him to study karate. After two years of training he received passed his first degree black belt test. It was at the university that he was able to train with Gichin Funakoshi.

Keinosuke Enoeda graduated from the university and went on to take the special instructors course at the Japan Karate Association (JKA) honbu dojo in Tokyo, Japan. He studied under Masatoshi Nakayama, who was the JKA’s Chief Instructor. Enoeda also trained in kumite (fighting) under the direction of Taiji Kase. In 1961, Enoeda fought and won an amazing tournament match against Keigo Abe, that went on for six extensions. In 1963 Enoeda won the JKA All Japan Championship. During this time, Enoeda got his nickname of Tora, which means “Tiger” in Japanese, because of how Nakayama described his fighting. 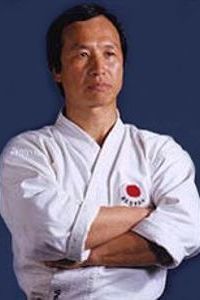 Keinosuke Enoeda travelled to England with JKA instructors Shirai, Kanazawa, and Kase on 20 April 1965. It was the JKA’s policy to send instructors abroad to introduce karate to the rest of the world. Enoeda began teaching in Liverpool. Karate scholar, Harry Cook was one of Enoeda’s British students in the late 1960s.

Keinosuke Enoeda married his wife, Reiko in 1969 and they settled in Kingston, Surrey. In 1973, Enoeda led a demonstration of karate on live television for the BBC. It was part of the Open Door series, which was the first British TV programme entirely about karate. The demonstration for the show included kihon (basic techniques), and kata. Enoeda als sparred with multiple opponents. Enoeda fought against Tomita who had a large blade, and Dave Hazard performed a break using a piece of Japanese hardwood.

It was sometime in the year 2000, that Keinosuke Enoeda was ranked 8th dan.