Home Learning Center Kimura: The Triumphs and Tragedy of One of Judo’s Greatest and Most... 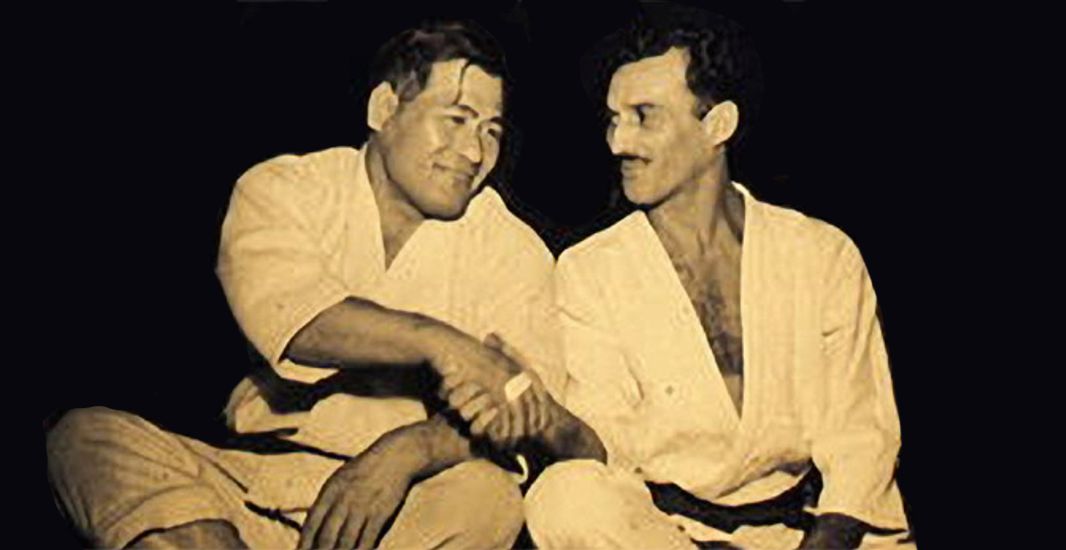 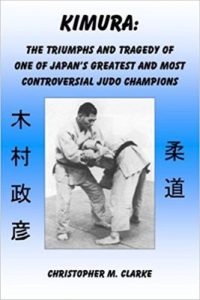 Kimura: The Triumphs and Tragedy of One of Judo’s Greatest and Most Controversial Judo Champion is about one of the finest martial artist’s to ever practice the art. In his famous winning bout against Helio Gracie, Kimura saw the opportunity to apply his favorite ude-garami or “kimura” lock and the rest is history.

Everyone who has watched a Mixed Martial Arts (MMA) match or tournament has heard of “the kimura,” a specialized arm lock that many people try to use, but few are successful in applying. Few, even among jujutsu and MMA aficionados, however, know what the lock called a “kimura” was derived from an early link to karate as well as judo and jujutsu. The story is at once fascinating, inspiring, and tragic.

The “kimura” is named after perhaps the best judo competitor who ever lived, Masahiko Kimura (1917-1993). In an age before weight lifting became an integral part of judo practice, Kimura was an avid weight lifter and body builder. He was, and remained, one of the strongest judo competitors throughout the 1930s and 1940s—strongest in both its senses. A judo prodigy in high school, he reportedly lost only four formal judo matches in his entire career, all during his freshman year in college. In 1935, shortly after entering college, he defeated eight fourth-dan opponents in a row, losing only to the ninth man he faced. For this performance he became the youngest fifth dan in Japan.

Through the late 1930s and early 1940s, Kimura dominated the judo competition circuit, repeatedly winning the All-Japan championship; he resumed his winning ways after judo was reinstated in 1947. Financially stretched trying to pay for his wife’s medical care on a teacher’s salary, in 1951, Kimura accepted an invitation to travel to Brazil to teach and compete with the increasingly famous Helio Gracie in Brazilian-rules competition. His bout became legendary: after exhausting minutes of scuffling for position and successful throws, Kimura finally downed Gracie and followed up with an attempt to smother him into submission. He saw the opportunity to apply his favorite ude-garami (“kimura”) lock. Refusing to surrender, Gracie suffered a broken arm, and Kimura was declared the winner. Paradoxically, the loss made Gracie even more famous.

Kimura’s return to Japan was not greeted with acclaim and plaudits, however. Because he had awarded judo promotions without the permission of the Kodokan Headquarters, his promotions were frozen, and he watched as his juniors and inferiors surpassed his 7th dan for the next 40 years. Sadder yet, Kimura entered the shadow world of professional wrestling, largely to make money, where he was betrayed and humiliated.

Despite these setbacks, Kimura’s spirit never wavered. He taught judo at his alma mater, Takushoku University, from 1960 until his death in 1993, training Olympic bronze and silver medalists and an All-Japan Champion. Although his rank was frozen at 7th dan from the age of 30 until his death at 75 by the petty vindictiveness of the Kodokan authorities, Kimura never lost his spirit. A life-long smoker, Kimura was diagnosed with lung cancer. Hospitalized after surgery, and in his 70s, Kimura started doing push-ups in his room. He died on April 18, 1993 at the age of 75, arguably the best judo competitor ever—and one of the most important judo figures ever to be mistreated by the leaders of his art.
Christopher M. Clarke Books are numerous and cover many topics related to the martial arts. In addition to a number of books and articles on China, Dr. Clarke has written or edited nearly three dozen books on the martial arts.

Other Books by Christopher M. Clarke

Kimura: The Triumphs and Tragedy of One of Judo’s Greatest and Most Controversial Judo Champions

Okinawan Karate: A History of Styles and Masters: Volume 1: Shuri-te and Shorin-ry

Okinawan Karate: A History of Styles and Masters: Volume 2: Fujian Antecedents, Naha-te, Goju-ryu, and Other Styles

Warriors and Wisemen: More Stories From the Martial Arts

Okinawan Kobudo: A History of Weaponry Styles and Masters

Ramblings from a Ten Foot Square Hut: Reflections After 50 Years in the Martial Arts

Samurai, Scoundrels, and Saints: Stories From the Martial Arts

Okinawan Kobudo: A History of Weaponry Styles and Masters

Okinawan Karate: A History of Styles and Masters: Volume 2: Fujian Antecedents, Naha-te, Goju-ryu, and Other Styles

Ramblings from a Ten Foot Square Hut: Reflections After 50 Years in the Martial Arts

Kamikaze!: Japan’s Divine Wind and the Spirit of the Martial Arts

Through Japan’s Narrowest Gate: The Test for Kendo Hachidan