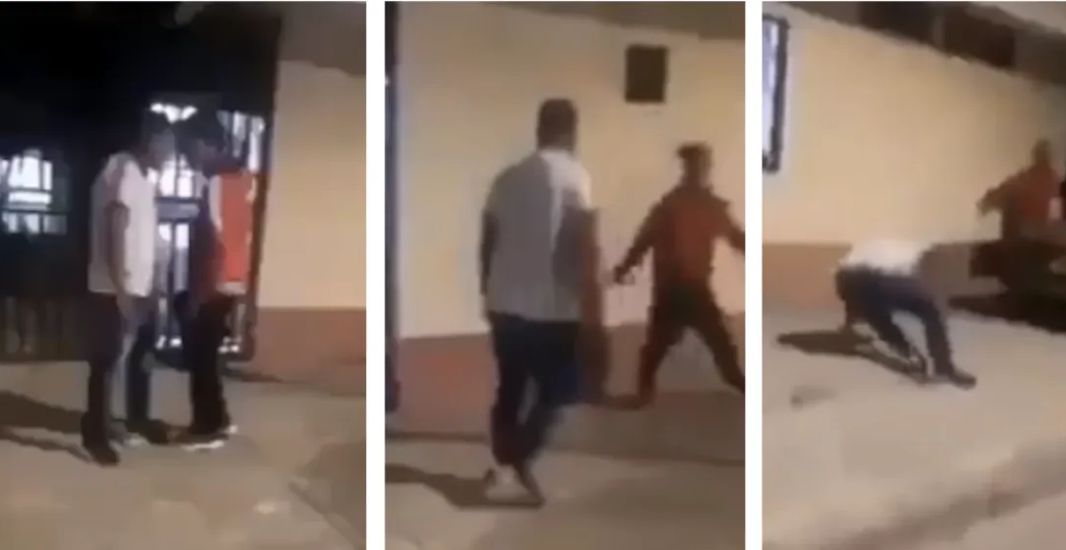 Knife attacks can come on suddenly before you have time to realize it!

*From a recent CCTV video
– An argument on the street starts out with a chest-to-chest confrontation
– The guy in the red T-shirt (with the knife) stabs the guy in the white T-shirt
– 5 seconds later the guy in white T-shirt quickly falls to the ground, bleeding

Lessons to be Learned:
Violence, like knife attacks, happens fast, never ever stand chest-to-chest with any stranger Profile, Profile, Profile – if a stranger comes up to you, move away quickly. Try to move 2-steps away at an angle, make space, so you have time to react.

If you sense a knife attack – make a plan, strike him preemptively.

I have always been attracted to knives, even as a child, but I never fully appreciated how dangerous they were until I was the subject of a knife attack. While in Lima, Peru I occasioned to wander into a notoriously dangerous part of the city. I went there to get a better exchange rate for my dollars. Of course, I naturally ignored the warnings from my friends not to go there.

When I arrived at the exchange location in front of a specific building, I was approached by three men. I asked to do a money exchange, and when I pulled out my wallet one of the men immediately grabbed it. I grabbed it back and punched the guy, as he fell down, one of the other men grabbed my arms from behind while the third man punched me in the face. I grabbed both men and threw them onto the ground – they had a difficult time getting up so I left and proceeded to walk to my hotel which was 20 minutes away. When I entered the lobby of the hotel, the hotel staff were staring at me in an odd manner – the concierge exclaimed, “Sir, you are bleeding,” I replied, “where?” He said “Everywhere!” I looked down and saw that my shirt was soaked in blood.

My face and head were still numb so I felt nothing. The hotel called a doctor – I was bleeding from below my eye, luckily it wasn’t serious. What I thought was a powerful punch was actually a knife attack. Since then I have always kept my distance from any strangers, profiling everyone and veering off at angles when approached closely. My scar is slightly visible – lesson learned.

Use Your Eyes to Save Your Assets