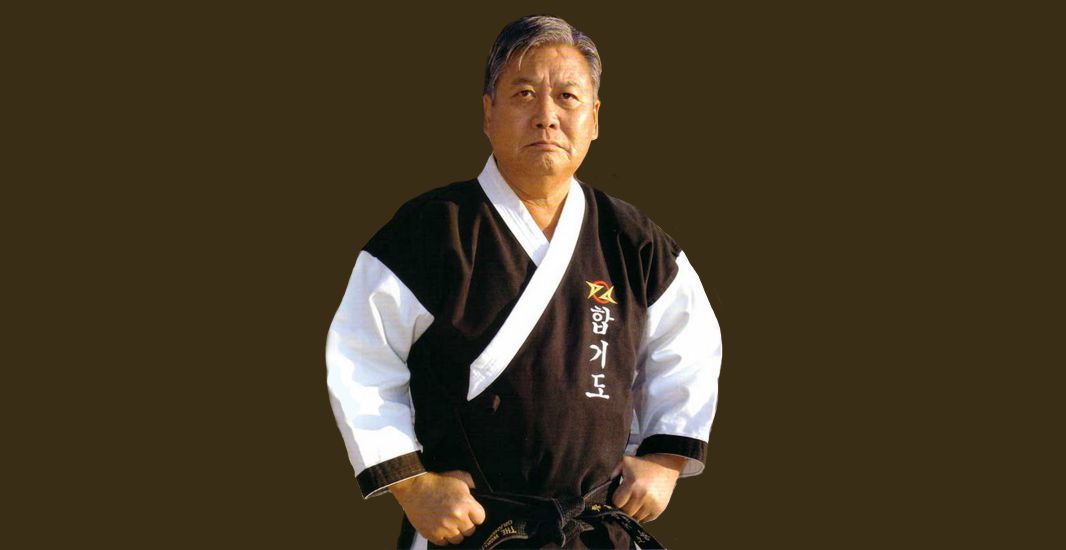 Kwang-Sik Myung was born in North Korea but lived in Seoul for most of his early life. In 1948, at the age of 7, he began training in Kendo under his uncle who was a 3rd dan. Kwang-Sik continued his study of the sword throughout elementary school and began the study of Judo in Junior High School. Because of his small stature, Kwang-Sik felt handicapped in Judo and began training in Kongsoodo, an blend of various Korean influences with the overall impact of YUN Byoung-Im. He continued to study Kendo on the weekends, practiced Judo 3 times a week, and Kongsoodo every afternoon after school.

He earned his Kongsoodo black belt at the age of 12 but did not officially receive the belt until age 15 because of the age regulations of the dojang. As a high school student, Kwang-Sik Myung organized martial arts classes for fellow classmates. During that period in his life, he also learned acupuncture, Oriental calligraphy, and Oriental India Ink drawing. Myung was also exposed to Charyuk, a little known training venue which builds internal strength through various esoteric practices and was not altogether unlike the “Taoist Breathing” material often cited in Hapkido traditions. Unfortunately, the advocates for this sort of training fell on hard times when their claims became increasingly grandiose. While the underlying premises are well-founded in Taoist and Chi-Qong (K. “Gi-Cheon”) training, the claims of having supernatural powers and abilities soon undercut the popularity of the practices. Kwang-Sik Myung’s experiences in Charyuk may be one foundation for the nature and execution of the Hapkido “Dan Jeon Ho Hup” today. Given the Korean proclivity for Animism and Shamanism in their culture its common to find such activities as recurrent themes. 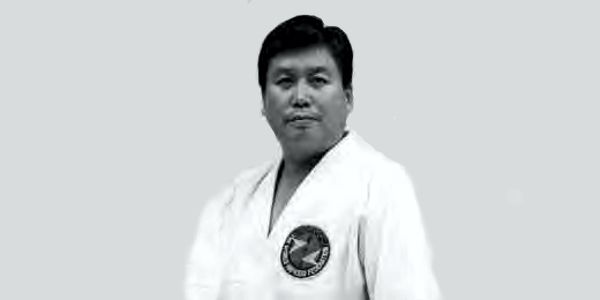 do (the Korean equivalent of Kendo), Yudo and Tang Soo Do in junior high and high school; Tai Chi, even Yoga. Yoga is not a martial art, but it’s good for martial artists.”

Kwang-Sik Myung began his study of Hapkido with Ji Han Jae in Seoul at the Ma Jang Dong location in 1957. He was 16 years old. Joining Kwang-Sik Myung in his training were early Hapkido practitioners Hwang Duk-Kyu (latter day president of the Korea Hapkido Association), Tae-Joon lee, Jong-Soo Kang, Yong-Jin Kim  (founder of the Ulji kwan) and Yong-Whan Kim. Kwang-Sik Myung later received lessons from Hapkido founder Yong-Sul Choi. He considered Choi his teacher. During Kwang-Sik Myung’s high school days, he was truly a pioneer in organizing classes for fellow students. And, as a student of Sung Kyon Kwon University he had majored in Commerce and continued as a Hapkido instructor at Ji’s Sung Moo Kwan school. As a college graduate, Kwang-Sik Myung chose Hapkido instruction as his profession.

At this time the first Hapkido federation, founded by Ji in 1963 and called the Kido Hwe, evolved into the Dae Han Hapkido Hyup Hwe in 1965. The original Kido Hwe had started with 10 Hapkido gyms. The central gym was run by Ji. The north gym was overseen by Kwang Sik Myung. Bong Soo Han oversaw the southern gym at the Osan Air Force Base. In the west was Kim Duk In’s gym. Those directors who did not follow Ji into his new organization remained with the Kido Hwe to establish what would later become the Korean Hapkido Federation. In 1967 the Sung Mu Kwan of the Korean Hapkido Association sent 15 members of demonstration teams, including Myung, to Vietnam to demonstrate their art and to teach Korean, United States, and Vietnamese troops as well as Special Forces.

At the age of 27, in 1968, Kwang-Sik Myung was a senior instructor with 11 years of training in Hapkido. He published a 254-page, Korean-language book called Hapkido. This was later followed by the first major Hapkido book in English, Hapkido – Art of Masters which he published in October, 1976. In recognition, Kwang-Sik Myung was made the director of the Seoul Northern Branch Dojang, Korea Hapkido Association, under Ji Han Jae. Perhaps the single highest honor at this time occurred at the historic National Unified Korean Martial Arts Exposition that was held on May 27, 1968 at the Jang Chung Sports Arena. In these pictures Choi used Myung on many occasions to show techniques.

Kwang-Sik Myung expanded his efforts, opening a school in the Sansunkyo district and calling it the Korea Hapkido Yon Mu Kwan Association. He dedicated the school to the furtherance of Hapkido as a highly visible martial art. The institute provided specialized training to the director of each dojang, instructors and advanced degree black belt holders (masters) universally. The effort was recognized by the Korea Hapkido Association and Ji, Han Jae, but growing differences between the student and his teacher had become apparent.

Leaving his Detroit facility in the hands of his brother, Hong-Sik Myung, Kwang-Sik Myung moved his headquarters to Los Angeles and then to Tustin, California. Bi-Annual meetings of the World Hapkido Association were also held in 1978 and the 4th in 1981, in Chicago. The 6th Bi-Annual meeting of the WHA was held September 29, 1985. Two months later, on November 16, 1985 at a rally in San Diego, California the name of the organization was officially changed to the World Hapkido Federation. This signaled a turning point for the organization in several ways.

Up to this time the World Hapkido Association had been a non-profit organization. With the change of the name, there was also a change to “for-profit” status. Additionally, Myung sought to interface Hapkido material with a parallel Taekwondo program. Myung represented that he was ninth Dan founder of Taekwondo YonMuKwan. Further, Myung introduced hyung, or forms, that Myung had constructed, for use in the Hapkido curriculum. All of these changes resulted in great loss of talented members including Ji Han Jae, Chang Gedo, and Lee Jung Bai who felt that the original principles of the Hapkido arts had been lost. However, Kwang-Sik Myung’s greater contributions to the Hapkido community could not be denied and in 1986 Myung Kwang Sik received his 9th dan from Ji Han Jae in 1986 (Certificate # 85-001) and, later, his 10th Dan through the  KiDoHae by Hwang Duk Kyu.

Kwang-Sik Myung continued to teach and give seminars until a severe automobile accident left him confined to a wheelchair. To the surprise of his doctors Myung was able to rehabilitate himself and was able to return to teaching and seminars in 2006. However diabetic concerns, as well as age, continued to take a great toll on his health. Increasingly Kwang-Sik Myung came to rely on his brother and his son to run the World Hapkido Federation organization.