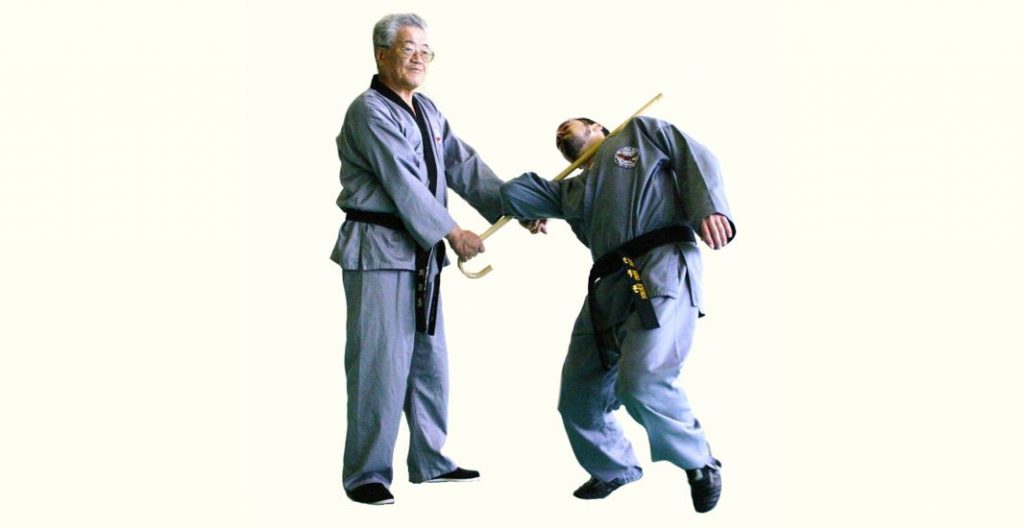 Ji Han-Jae (Chi Hon-tsoi) was born in Andong, South Korea in 1936. He is one of the highest ranking hapkido instructors in the world and founder of Sin Moo Hapkido. 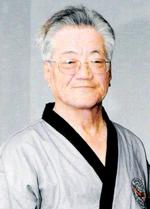 He began his martial arts training in 1949 under the direction of Choi Yong-Sul. Ji trained with Choi Yong-Sul until 1956 when he moved to Seoul in order to open a school of self-defense in the nation’s capital. Ji Han-Jae trained in the ancient methods of the Korean martial arts, known as Sam Rang Do Tek Gi by a man named Taoist Lee. Though this man’s identity can never be confirmed, it is believed that he trained Ji in meditation, the use of the Korean long staff “Jang-Bong”, short staff “Dan-Bong”, and the unique kicks of Sam Rang Do Tek Gi.

In 1959 Ji Han-Jae combined all of his martial arts knowledge together and began to teach hapkido. Many people consider Ji Han-Jae to be the founder of hapkido, while others will credit his teacher, Choi Yong-Sul, who referred to his art as ‘yawara’ or ‘yu kwon sool’. It is commonly believed that it was Ji who first started using the name hapkido for the techniques he was teaching at that time. Suh Bok Sub, the first student of Choi, however states in a 1980 interview that it was Jung Moo Kwan who first used the term to refer to the art as well as the symbol of the eagle to represent the art. Regardless, much the curriculum and techniques that we associate with hapkido today is heavily marked by changes that were implemented by Ji Han-Jae and his senior students. One of the most significant changes in the art which was the work of Ji Han-Jae occurred in conjunction with Kim Moo Hong (also rendered Kim Moo Woong or Kim Moo Hyun) who was also a student under Choi Yong Sul. After studying with Choi, Kim went to a Buddhist temple and learned a local kicking art there. Traveling to Seoul in 1961 he lived and trained with Ji for a period of 8 months and together, implementing the kicking methods they had both learned, they finalized the kicking curriculum for hapkido, significantly expanding it to include kicks to higher targets, spinning kicks and jumping kicks, none of which were originally part of the system taught by Choi Yong Sul. In addition to this Ji Han-Jae’s original Sung Moo Kwan shared space with people who trained in other arts, including Western boxing. Ji and his senior students developed tactics for dealing with techniques of boxing, tang soo do, taekwondo and judo and implemented them into the curriculum. 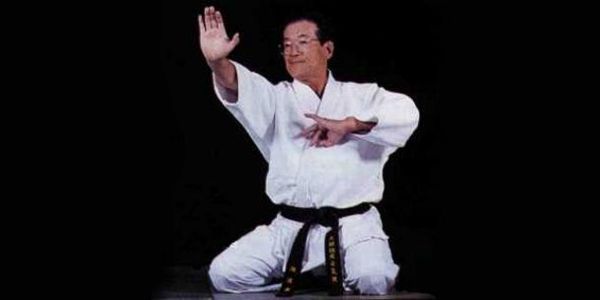 He left Taegu for his hometown of Andong in 1956 and opened his first school, the An Moo Kwan, still calling his art Yu Kwon Sool at the time. His earliest students from this period were Kwon Tae-Man, Yu Yong-Wu, and Oh Se-Lim. After less than a year, in 1957, he decided to relocate to Seoul, the nation’s capital. There he founded the Sung Moo Kwan, which would become the an influential kwan, or school of hapkido, and of this school came many of the important teachers of the art. His first student was Hwang Duk-Kyu, who founded the Korean Hapkido Association, followed shortly by Myung Kwang-Sik, founder of the World Hapkido Federation, then Kim Yong-Jin, Jung Won Sun and others. In 1958 came along students Bong Soo Han, who is well known for his role in the movie Billy Jack (1971) and founder of the International Hapkido Federation, Choi Sea-Oh, who was the first man to teach hapkido in the U.S., and Myung Jae Nam who is the Founder of the Korea Hapki Federation, the Korea based International Hapkido Federation and Hankido. It was around this time that Ji began to use the name ‘hapkido’ to promote the art, shortened from the original ‘Hapki Yu Kwon Sool’ name employed at the first school run by Choi Yong Sul and Suh Bok Sub in Teagu in 1951. In 1961, Kim Moo Hong came to visit Ji and they developed many of the kicking techniques that the art of hapkido is known for. 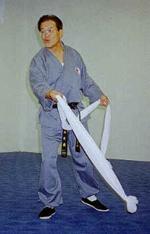 In 1963, Ji Han-Jae was a founding member of the first attempt to create a large organization which would include hapkido. The organization was called the Korean Kido Association (Daehan Kido Hwe) and Choi Yong Sul was elected the first chairperson with the organizations first constitution authored by Ji, Choi and Kwon Jang. Its purpose was to promote martial arts in the public school system, for police officers and for government officials. Ji apparently was instrumental in organizing this group, however Choi appointed another of his top students, Kim Jung Yoon, to a position above Master Ji which greatly diminishing Ji Han-Jae’s influence.

By 1965, Ji Han-Jae had received a position as hapkido instructor for the presidential guard at the Blue House and became acquainted with Park Jong-Kyu, the Head of Security Forces for the country. Unhappy with his lack of input in the Daehan Kido Hwe, with political connections and an ever growing support from his Sung Moo Kwan students he decided to form his own organization the Korea Hapkido Association (Daehan Hapkido Hyub Hwe). Kim Woo-Joong, the president of the Dae Woo corporation, was elected the KHA’s first president.

Later in 1973, seeking to consolidate three of the larger hapkido organizations which had grown up over the years, Ji Han-Jae united his organization with the Korean Hapkido Association formed by his contemporary Kim Moo Hong, and the Korea Hapki Association, formed by one of his former senior students, Myung Jae Nam, and they formed the large and influential Republic of Korea Hapkido Association (Daehan Min Kuk Hapkido Hyub Hwe).

In 1979 when Ji Han-Jae was teaching hapkido to the president’s bodyguards in the South Korean Blue House this elevated Ji Han-Jae’s position, however, when the Korean president, Park Chung Hee was assassinated by Kim Jae-gyu, head of the Korean CIA, many things changed.

After the assassination of President Park Chung Hee most of those close to Park resigned. This included the presidential bodyguards and the martial arts instructors of the bodyguards. Ji Han-Jae was one of those who resigned.

In the ensuing struggle for power, many of those that had been in positions of power during the reign of President Park now found themselves without position, power or influence. In many cases those that held positions under President Park were now singled out as targets for legal action, whether justified or not.

In one such case wealthy businessmen had made financial contributions to martial arts organizations, as was the norm. Unfortunately, in several instances the contributions were not properly accounted for. In one case in particular, Ji Han-Jae and his organization were brought up on charges of tax fraud. Even though Ji was generally viewed as not guilty, he was given a prison term of one year. The judge in the case later explained that it was really beyond his control and that if Ji Han-Jae did not go to jail on this minor tax fraud charge, he would no doubt continue to be charged with other offenses until he was sent to prison on something else, perhaps something more serious

Ji Han-Jae’s was a practical man and he took a philosophical view of the situation and considered his prison experience to be worthwhile as it allowed him to learn about a side of life very few people experience. He also felt that he was better able to develop the spiritual side of his Sin Moo, or higher mind hapkido concept while meditating in the difficult prison environment.

Oh Se-Lim, one of the earliest students of the art under Ji Han-Jae, was elected the new president of the Republic of Korea Hapkido Association. He re-christened the organization the “Daehan Hapkido Hyub Hwe”, a name used in one of hapkido’s former organizations over which Ji presided and of which Oh Se-Lim had been a founding member. The ‘Korea Hapkido Federation’ (KHF) became the preferred rendering in English. The Korea Hapkido Federation remains one of the most influential of the many hapkido organizations existing in Korea today. The KHF is still run mostly by students of Ji Han-Ja’s original Sung Moo Kwan.

The proper title for master Ji is DoJu Ji. DoJu implies founder as Ji is the founder of Sin Moo hapkido, if not hapkido itself.

After Ji Han-Ja moved to the United States he brought together a large number of students interested in learning hapkido, especially Sin Moo hapkido. He also teaches several seminars a year in other North American countries as well as in Latin America, and Europe.

As an actor, Ji Han-Ja appeared in the movie Hapkido (1972) or Lady Kungfu (1972) together with Angela Mao. However, Ji Han-Ja was best known, for his role in the film Game of Death (1978) with Bruce Lee. Ji Han-Ja choose not to appear in the additional footage shot for the 1978 version of the film.

USAdojo - November 3, 2013
We use cookies to ensure that we give you the best experience on our website. If you continue to use this site we will assume that you are happy with it.OkRead more