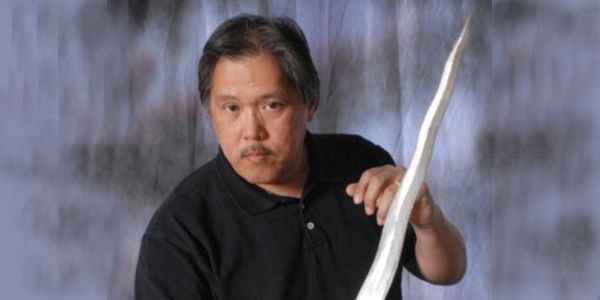 Rene Latosa has been studying and teaching the Filipino martial arts for over 29 years. He began his training at the Stockton Escrima Academy in Stockton, California in 1968 with Dentoy Revilar (Serrada), Maximo Sarmiento (Kadena de Mano), Leo Giron (Largo Mano) and Angel Cabales (Serrada). However, the most influential Escrimador in his life was his father Juan Latosa.

Rene Latosa’s initial exposure to the Filipino martial arts came through his ethnic and cultural environment. As a young child, Rene first witnessed martial arts during celebrations(after the crop season was over), cultural events, and hanging around the Filipino Community Center in Stockton, CA. At this community center he would watch the “Old Timers” amusethemselves by hitting their walking sticks together as if they were sword fighters and applying locks to each other.

As a teenager, many of Rene’s friends were studying Judo. He asked his father if he could take Judo or Karate lessons. His father offered to teach his young son “jitsu.” He didn’t believe his father knew anything about martial arts, so he did not pursue that avenue. His mother recommended taking self-defense classes taught by a long time family friend, Angel Cabales, at the Stockton Escrima Academy.

Stockton Escrima Academy
His first visit to the Stockton Escrima Academy was in 1968. Rene was greeted by Angel, holding a cigarette in one hand and a rattan stick in the other. Angel, having known Rene since he wassmall, told him to grab a stick and Angel proceeded to demonstrated a quick technique. From this point forward, Rene was hooked and he continued to study and eventually taught at the Academy for over five years.

At the Stockton Escrima Academy in 1968, “formal training” did not exist. The method of teaching employed at the academy was strictly on a teacher to student basis. Rene remembers the ambiance at the academy was very casual, Angel was just “Angel.” For all the students at the academy, the title “Grandmaster” was inherently Angels, and his alone. To Rene’s advantage, during his first five months of training, he was the only one of three students who showed up for lessons. Rene’s initial training, with a ratio of four instructors to one student- Angel Cabales, Max Sarmiento, Leo Giron, and Dentoy Revilar – provided plenty of diversity in styles. These four individuals played a definite role in shaping the basic format of the Escrima Concepts system; however, his greatest influence was his father.

During those early days at the academy, Angel did not have student certificates or rankings. They did not exist. You were an instructor when Angel said you were (Rene did receive an instructors certification from Angel and another one from Max Sarmiento, the only one ever given in Kadena de Mano. Angel always said that certificates, belts, and titles meant nothing without the ability to back it up.

Training with Dad – “Never judge a book by it’s cover”
Learning from his father was very difficult for Rene. His father was a fighter and every reaction to a situation was combat oriented. When Rene asked to see a movement for a second time, he was shown something else. Because his father did not use techniques, no two movements were ever the same.

Rene’s enlarged ego was instrumental in his introduction to his father’s prowess in the Filipino martial arts. Rene was practicing for a demonstration when he became concerned that he did not look as flashy and impressive as he should. He asked his father, who was working in his garden, if he would care to be his practice “dummy”, The elder Latosa noted for his quick temper remained calm despite this arrogance. He had watched as his son practiced his techniques, smiled and said “boy, you need more training”, the younger Latosa asks him what he knew since he was only a “dummy!”

He dropped his hoe and walked quietly towards his young egotistical son and picked up a stick. Rene asked his father if he would hit him over the head, but warned him to be careful because of his deadly speed and dangerous skills. Instead, the old man in a calm voice asked his son to strike at him. There was some hesitation on Rene’s part; fearing that if he went too fast his father might get hurt. Rene directed a slow hit at the old man. Before he saw what had happened, his father’s stick hit him on the head. “This must have been an accident,” thought Rene. He again struck at his father but this time faster. Again, Rene’s head was the final destination for the end of his father’s stick. In a serious fury, Rene went after his father with a strike that was strong, fast, and headed toward its target; as a result, his target moved and a stick landed between Rene’s neck and shoulder knocking the young man to the ground. His father walked away laughing and went back to tending his garden. Rene’s mother came out of the house, yelled at his father, and consoled her son with the bruised ego. Rene spent some time soul searching, trying to get a grip on what happened.Rene was under the impression that with his speed and technical skills he could not be beat. His father took him aside and told him about his rough and dangerous background and informed him he had much to learn. Rene’s attitude towards the Filipino arts changed. The first attribute to be disposed of was his enlarged ego. His father started to train Rene in the finer points of fighting concepts,different weapons, and his philosophy. Rene realized the importance of concepts in relationship to techniques.

The original organization called the Philippine Martial Arts Society began in 1976. Escrima was the initial name used under the flag of the PMAS. The name changed to Combat-Escrima in 1982 as the system became influenced by the concepts of using power and combat reality. Combat-Escrima relied heavily upon a single goal: Winning. This goal produced an aggressive student which was a valuable asset; however, this single focus of winning actually proved limiting in the progression of the system and the future instructor. The PMAS produced many excellent fighters and world champions but failed to produce well-rounded instructors. Realizing this flaw, Rene Latosa developed training methods that are now used to help the student understand the reasoning behind the techniques and the concepts of Escrima.

USAdojo - October 12, 1998
We use cookies to ensure that we give you the best experience on our website. If you continue to use this site we will assume that you are happy with it.OkRead more