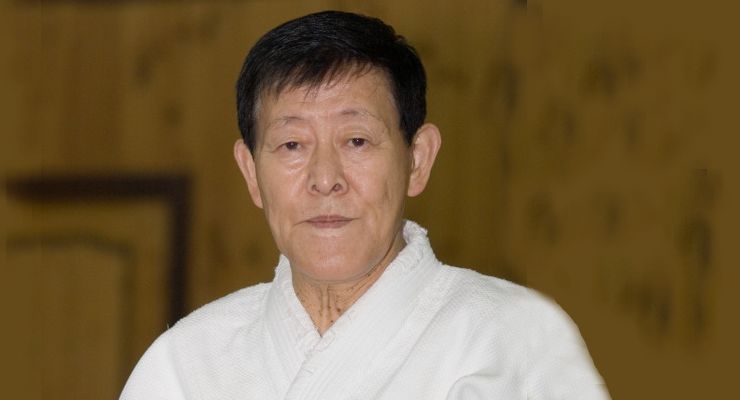 Kyoichi Inoue was born on September 10, 1935 in Hokkaido, Japan. He was a 10th dan Yoshinkan aikido master holding the rank of Hanshi. He was an uchideshi under Yoshinkan founder Gozo Shioda, in what became the Yoshinkan senshusei course, (an 11 month program allowing dedicated students to learn Yoshikan Aikido in the true spirit of Yoshinkan founder Gozo Shioda). During Kyoichi Inoue’s early years as an uchi-deshi, he and Takashi Kushida consulted with Gozo Shioda and helped develop the distinct kihon dosa and the teaching methodology of Yoshinkan.

On behalf of Aikido Yoshinkan, Kyoichi Inoue was Aikido Master Emeritus for the Tokyo Metropolitan Police and taught martial arts from 1970 to 1996, this after he had already taught the riot police for over a decade. He was also Kancho of Aikido Nishinkan.

In 1992, Kyoichi Inoue received his 9th dan from Gozo Shioda. Gozo Shioda died in 1994 and Kyoichi Inoue was named the new director of the Yoshinkan in 2002. By March 30, 2006 Inoue had resigned from the Yoshinkan following internal struggles within the organization. He was awarded his 10th dan certificate by the International Budo Federation in April of 2008.

In 2010 Kyoichi Inoue established Aikido Shinwakan becoming kanchō (Director) of his organization, but the organization was disbanded on April 30, 2014.

Kyoichi Inoue died on December 23, 2017 at the age of 82. Even though he was no longer affiliated with Yoshinkan Aikido at his death, he was, and will always be a living treasure to those in Yoshinkan and beyond. He was at the Yoshinkan at its beginning and he had helped to formulate the teaching system. He will forever be recognized by all as one of the best aikidoka in the world.