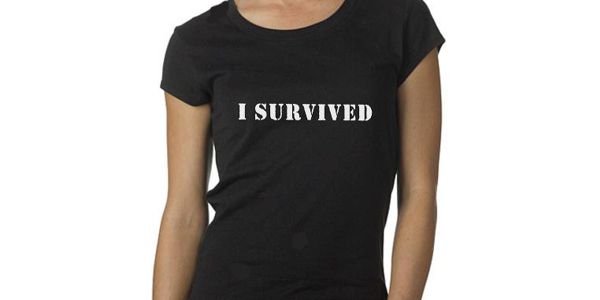 No matter how much training you have, without a survival attitude, you may not survive an attack.

She was a hard working woman, and a mother of three. Jim was six years old and Kimberly eight from her current marriage to Bill, a good man. Then there was Joey, her oldest son from her previous marriage to Todd who, unlike Bill, was anything but a good man. Todd had left Helen stranded and standing in the rain with nothing but a broken down car, no job, a few bucks in her pocket, and a bun in the oven.

Helen has come a long way since that night in the rain 17 years ago, and so has Joey. Unlike his biological father, Joey was a great person and a good kid; always helpful, on the honor roll, and considered by his wrestling coach, and many others, to be in line for an athletic scholarship next year.

Indeed, Helen has done well. She picked herself up those many years ago; put herself through college and nursing school by working two jobs; all the while never neglecting her child, she was a great mom. She became a Nurse Practitioner in a very nice hospital in Las Vegas. Helen puts everything she has into everything she does; whether it is being a mother, wife, professional or a hard hitting brown belt in American Kenpo Karate.

This is where I come in. I was Helen’s martial arts teacher for two years. Whenever I teach a self-defense class, I tell her story as an example to others of how to have a “Survival Attitude”. “Well, of course…” you may say. “It’s obvious that she has worked hard to survive!” and you would be correct in saying so. However, I do not tell Helen’s story because she overcame difficulty over the past 17 years, but for what she had to overcome in fractions of moments one night years ago.

It was early in the evening on a beautiful, chilly October night. Helen had worked overtime, and was eager to get home. Bill would be away for the rest of the weekend, so she had dropped Jim and Kimberly off at the sitters for the night. Joey had gone to a birthday party, a friend of a friend, and wouldn’t be home until late. Helen was so proud of him. He put so much hard work into his studies, and his wrestling. He was always helping around the house, and deserved to relax, and enjoy some recreation. So, Helen wasn’t worried about letting him go to a party, she trusted him he was a good boy.

Helen decided to pick up a few groceries, and have a quite dinner alone at home. So, as she was pulling into the driveway, she began going through the mental checklist of the next few minutes; get inside, put away the groceries, change cloths, “and get out of these damn shoes!”, She said aloud as she stepped out of the car.

She gathered he bag of dinner ingredients. Inside the bag was a large figurine of a mother duck and her three little ducklings. Helen just couldn’t resist herself when she saw it in the store. “I’ll put it next to the stove, it reminds me of my kids.” She had told the clerk when he bagged it.

As Helen reached the door she was pulled from her thoughts by the porch light, or lack there. “Hmmm, that’s odd,” She said to herself, it was an automatic light, and should be on. “Oh well, probably just burned out.” She decided, as she managed the balancing act of holding a bag of groceries and groped to put the key in the lock. She heard a bump, a scuffle as she opened the door. “W-what was that?” She thought, as a growing uneasiness caused the hairs at the nape of her neck to tingle as they stood on end. The living room, which was usually lit by the lamp, was dark. Her impulse was to dump the bag and back out of there, quickly! Even before she had finished the thought she caught the glimpse of the shadowy figure coming from behind the door, so fast too fast! The door slammed shut behind her, blocking her first line of escape. Before Helen could react she was push violently to the floor. The contents of her bag spilling out everywhere.

Tumbling disoriented downward, she landed hard. “Oh my God! Who, w-why!?” She pleaded in her mind. This couldn’t be happening; she thought as the attacker grabbed her neck from behind making it very hard to breath. The attacker made strange incoherent, guttural, growling sounds. Helen was unable to make out any real features; she knew he was male and strong. Harsh profanity exuded from her attackers, along with promises to hurt her badly! She struggled beneath the weight of her assailant. Fighting her rising panic and the fear of what the outcome would be if she were defeated. Helen fought for breath, fought with every fiber of her being fought for her life!

An unending onslaught of maniacal cursing, and threats spewed from between his clenched teeth. Helen was flat on her back now, the shadow on top squeezing her throat, and slamming a heavy fist into her chest. The pain was intense, her ability to breath gone. She knew she had mere moments before she would be rendered unconscious, and those threats would become a reality.

In the darkness she could feel the edge of the couch with her foot, and the groceries strewn about her. Her very thoughts were beginning to be drowned out by the pounding of her own heartbeat in her head, replaced with the growing dread of losing this fight she pushed it back. “Please God, give me the strength, I have to survive!” She thought, “I can’t give up.!” Who would be there for her family, her kids her babies?

In the heat of battle Helen was given a gift from the darkness. As if in answer to her prayers, she found her hand on a familiar shape. “What was it, a bird? Yes! A duck!” With all her strength, all the will, all the love, all the anger she processed Helen wrapped her leg around her assailant’s leg, and in an explosion of effort let out a grunt, throwing her weight over and on top of her attacker. Her fingers tightened her grip around the heavy ceramic figurine she held over her head. All of the symbolism fueling her resolve to win even more as she hammered downward towards where she guessed his head may be.

The first blow took its toll on the shadow. Helen heard him grunt… felt him loosen his deadly grip for a moment. “Don’t stop Helen!” She screamed to herself. “You can’t quit… you must fight for your babies!” She grunted as she raised the figurine into the air again, and the light from a passing car began to illuminate the room… giving her a brief reprieve from the black void of her own personal hell.

At this point I must pause for just a moment and ask you, the reader, as I do with those whom I teach… what would you do in this situation? Would you have the fortitude, the will to fight for your life… to harm another human being, perhaps fatally, to protect yourself or loved ones? Would you have the presence of mind, the will, the attitude to do whatever it took.
To survive… for yourself… your children? What would you do?

Helen had the second strike poised above her head, ready to end this conflict once and for all as the darkness of the room began to recede… even if for a moment, it would be enough. Then Helen saw the face of her shadow. Although there was an ample amount of blood coming from his nose, and the gash in his forehead she could still make out the eyes. These were the eyes of her attacker… wide, crazed, dilated and full of rage and terror. The same eyes she had wiped tears from so often. There was no mistaking the face…the face she had seen everyday for the last 17 years, and the cheeks she had kissed goodnight every night. It was her boy… dear God… it was Joey!

Helen froze with the second strike hanging over her head for a moment that seemed like a lifetime… bewildered, and confused. Underneath her Joey shifted his weight; he was beginning to shake off the effects of the first strike, tightening his grip on her throat – she was losing her brief moment at victory. Helen looked down into those eyes… eyes that looked right through her, eyes that were crazed and murderous. Then, putting and end to the battle, breaking this clash of wills and breaking her heart forever…