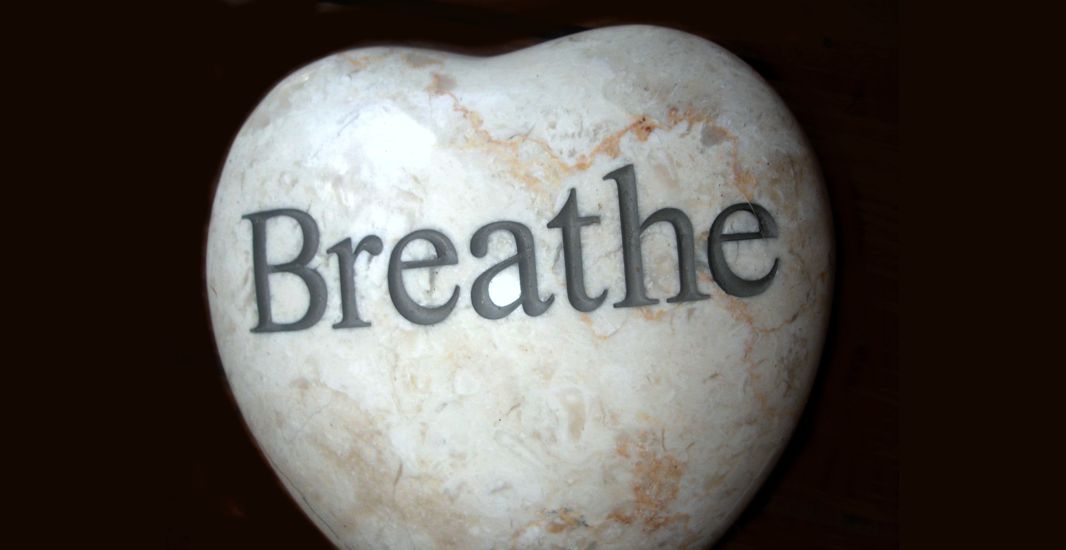 One of the most important aspects of martial arts training is proper breathing. However, for practitioners of hard styles, effective breathing methods are often left to the students to figure out on their own. The central principle of breathing is of internal cleansing, getting rid of that which is old, worn out, and stale, and exchanging it for what is new, fresh, and energized. During inhalation we are bringing in fresh oxygen, nutrients, and vital energy. During exhalation we are expelling carbon dioxide and other toxins and poisons that we produce or collect in our daily lives.

There are a large number of breathing exercises. Some are simple and easy while others require years of practice. I will discuss the five I believe to be the most effective for the martial artists who are beginning to explore the potential of proper breathing. First, we will describe the two methods which are best suited for becoming aware of the body: Attention Breathing and Abdominal Breathing. We will then go on to the more advanced exercises of Reverse Abdominal Breathing and Nose Panting. Finally we will introduce The Complete Breath which is more challenging and requires increased concentration and practice.

Attention breathing, as its name implies, is about focusing your awareness on the natural rhythm of your breath, not to control it but simply to observe it as a bodily function. Your awareness is the instrument which enables you to shift from unconscious breathing to conscious, or dynamic, breathing. This shift is accomplished by concentrating on the feeling of the body as it breathes. Feel the air as it enters your nostrils. Follow it as it flows into the lungs and notice how deeply it reaches into them. Maintain your full attention and follow it back up as you exhale. Feel the used air as it is expelled from the body.

Gradually, as you become aware of the feeling of the breath it should become smoother and more relaxed. But don’t try to change your breathing during Attention Breathing. Your aim is to observe your unconscious breathing habits so you will be able to feel the difference when you actually begin dynamic breathing. If you find your mind wandering, simply catch yourself and return to the breath. Try to perform Attention Breathing for five minutes each day at the same time of day, perhaps in the morning when you wake up or at night when you are about to go to bed. As you become used to it, see if you can focus on your breath at other times throughout the day. Eventually the awareness of the breath and your breathing should become an integral part of your life.

Abdominal Breathing
Once you become aware of your breathing, it is time to begin modifying your breathing habits. Abdominal breathing is by far the best breathing method for people beginning to study breathing exercises. Regular practice brings quick, tangible results. It is easy to learn and difficult to do incorrectly. In addition, Abdominal Breathing has the benefit of invigorating the abdominal muscles. Their constant movement massages the internal organs and increases blood circulation.

The basic idea is simple: fill the lungs from the bottom up. Abdominal Breathing is about filling the lungs completely. Most people breathe using only their chests or the top half of their lungs. Abdominal Breathing seeks to expand lung capacity by starting from the lowest part of the lungs. The focus, therefore, is on the abdomen, an area roughly three finger widths below the navel. Known as the hypogastrium in Western medical terminology, this area is called the dan tien in Chinese and hara in Japanese. This point is the focal point of Abdominal Breathing.

Start in whichever stance or posture you feel most comfortable. Inhale through the nose. Expand the abdomen gradually by lightly pushing out and down as the oxygen fills the lower lung cavity. Focus the mind on expanding the abdominal area. Don’t be overanxious and forcefully protrude the abdominal wall. Instead, try to achieve a gentle and smooth expansion in time with the inhalation. When the abdomen is full, exhale through the nose and pull the abdomen gently back into the body, compressing the lungs from the bottom. With each inhalation the abdomen expands, with each exhalation the abdomen contracts. It is important to remember that you should not expand or contract your chest; instead, feel as if you are drawing the air deep into the lower part of your body. Repeat for ten cycles of inhalation and exhalation, filling to maximum capacity and emptying completely with each breath.

Again, start in whichever stance or posture you feel most comfortable. Inhale through the nose. Slowly draw the abdomen in and up. The upper chest will naturally expand as oxygen fills your lungs. As you inhale, contract the muscles of your perineum. The perineum is the area between the anus and the lower edge of the pubis at the front of the pelvis. The central point of the perineum is called the huiyin in Chinese and is the focal point for Reverse Abdominal Breathing. By contracting and pulling up the huiyin you are able to concentrate on the abdominal area. Again, don’t be overanxious and forcefully squeeze the abdomen. Instead, focus on keeping a smooth and relaxed motion. When the lungs are full, exhale through the nose, release the huiyin, and push the abdomen out and down. Repeat for ten cycles of inhalation and exhalation, filling the lungs to maximum capacity and emptying them out completely with each breath.

Nose Panting
Breathing through the nose is of the utmost importance when practicing breathing exercises. The nose has a number of defense mechanisms that prevent impurities and extremely cold air from entering the body. First, a screen of nose hairs traps dust and other particles that could injure the lungs if we breathe through the mouth. Next, there is a long passage lined with mucus membranes, where excessively cool air is warmed and very fine dust particles that escaped the hair screen are caught. Finally, in the inner nose are glands which fight off any bacteria that may have slipped through the other defenses. The inner nose also contains the olfactory organ that gives us our sense of smell, which can detect poisonous fumes that could damage our health if we were to breathe them.

The Nose Pant is a great exercise for charging yourself up with energy if you feel sleepy or for releasing stress any time during the day. Imagine that you are blowing a piece of dust out of your nose by sharply puffing out through the nostrils. This is immediately followed by an equally sharp intake of air through the nose. This in-and-out ventilation should be repeated in rapid succession ten times. As you become comfortable with the exercise, increase the number of repetitions. When beginning, just concentrate on the nose and upper chest when breathing, but as you progress try to focus on the abdomen. Abdominal Nose Panting consists of contracting the abdomen as you puff out. Reverse Abdominal Nose Panting expands the abdomen on the puff out. After completing a session of Nose Panting, always follow with a couple of deep slow breaths to calm the body down.

The Complete Breath
The Complete Breath is a dynamic breathing exercise that is both simple and complex. Regular practice expands lung capacity, which, in turn, slows down unconscious breathing and makes it smoother and more regular. In addition, The Complete Breath maximizes oxygen intake and enables oxygen-rich blood to flow to the extremities. It also cleans and invigorates the lungs.

In the beginning it is best if The Complete Breath is practiced from a lying-down posture so maximum concentration can be placed on the exercise itself, which consists of four separate aspects: inhalation, retention, exhalation, and suspension.

Inhalation
Inhale through the nose. Expand the lower abdomen, pushing out and down, just as if you were starting Abdominal Breathing. Once the abdomen is full, continue inhaling and expand the chest, filling the upper lungs. Raise the collarbone and shoulders as you continue inhaling. Fill the throat and the nose. Stop.

Exhalation
Exhale through the nose. Contract the lower abdomen pushing in and up. Continue to exhale by squeezing the air from the lungs and chest. Lower the collarbone and shoulders. Blow the air from your throat and nose. Empty it all out. Stop.

Suspension
Hold the breath out. Bring your attention to the emptiness of the body. Feel your body like an empty balloon waiting to be filled. Continue to suspend breathing for a count of ten.

Repeat
On the next inhalation don’t gasp for air. Calmly and smoothly inhale just as before. Feel the air reaching far beyond your abdomen, filling every corner of your body like an expanding balloon. Notice the sensation of your body as the new oxygen is brought in.

Do the complete set five or ten times each day.

Try to become more aware of your breathing during training and at other times. Take deeper breaths. Do regular Abdominal Breathing. If you feel yourself getting tense or angry, do some Attention Breathing and notice how your feelings change. If you are bored or sleepy, do some Nose Panting to reenergize yourself. No matter what you are doing, breathe. Make conscious dynamic breathing a regular part of your life and you will find it naturally benefits your martial arts training.

About the Author
Aaron Hoopes has over twenty years experience in the martial arts and yoga. He has lived and trained in Japan and Australia and is the founder of Zen Yoga. He is the author of two books; Perfecting Ourselves: Coordinating Body, Mind and Spirit and Breathe Smart: The Secret to Happiness, Health and Long Life. He has taught the Art of Breathing, Stretching and Relaxing to his students around the world, From children to seniors, his teachings are accessible to all. www.artofzenyoga.com.