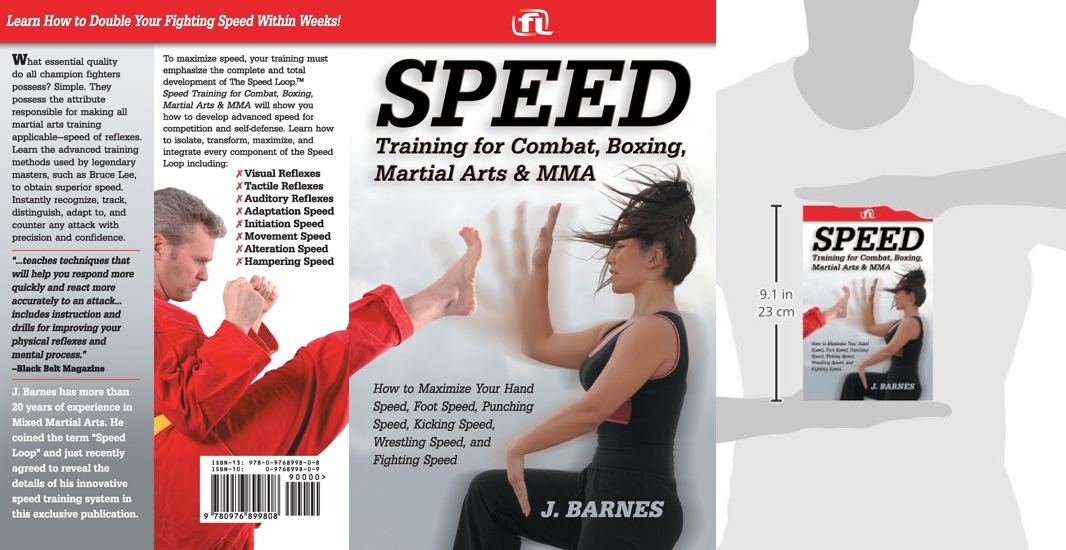 Regardless of your martial arts style or method . . . you cannot apply it unless you can react quickly and respond instantly. Speed is critical for success in competition and self-defense. Razor-sharp reflexes are often the sole difference between winning and losing a physical confrontation.

The Speed Loop is comprised of the seven components of speed and their relationship to each other when applied in competition or self-defense. The Speed Loop training system is designed to isolate, transform, maximize, and integrate the seven attributes of martial arts speed, including:

1. Visual Reflexes: This component focuses on the training methods that will increase your ability to spot openings and track movements. Exceptional visual reflexes allow you to recognize, track, distinguish, adapt to, and counter movements with precision and confidence. In the martial arts, visual reflexes are primarily utilized during long range fighting. In addition, visual reflexes are critical to the success of world-class athletes in all competitive sports.

2. Tactile Reflexes: This component focuses on the training methods that will develop your tactile (touch) reflexes. With practice, you can learn to instantly feel what the opponent is attempting to do by quickly interpreting the direction of his body force. You must anticipate the opponent’s every move when you are in the grappling or trapping range. Ninety-five percent of all fights end up in close range. Be prepared!

3. Auditory Reflexes: You can improve your auditory reflexes by enhancing your listening skills. It is important to react quickly to what you hear. In a situation where you must defend yourself against multiple attackers, you will more than likely hear the attack before you see it. If you have ever experienced blind sparring, or fighting in the dark, you know the importance of this attribute.

4. Adaptation Speed: This component deals with your mind’s ability to instantaneously select the perfect action in response to an attack or opening. You should develop the ability to instantly select the most effective movements to use at any point during a physical confrontation. Highly developed adaptation speed will allow your reflexes to carry out the movement selection process automatically. With training, you will learn to respond quickly, accurately, and seemingly without thought.

5. Initiation Speed: You must focus on the development of your explosiveness, once you have chosen the correct action to initiate. It’s not how fast you move, but how soon you get there that really counts. Your attack may be very fast in flight, but a slow takeoff will severely reduce your chances of effectively landing that attack on target. Train yourself to make your movements felt before they are seen by developing a flawless poker face and the ability to relax at will.

6. Movement Speed: Movement speed is the ability to quickly transfer part or all of your body from one place to another. It is the speed that is most recognized by the public at large. In addition to genetics and body weight, your ability to contract and relax your muscles efficiently will determine your movement speed. Don’t be concerned with “demonstration” speed. Your training should focus on developing the “applied” speed that will help you overwhelm and subdue an opponent in seconds.

7. Alteration Speed: During your training, be sure to engage in drills that will develop the safeguard known as alteration speed. Alteration speed involves the ability to quickly change directions in the midst of movement. Essentially, it involves control of balance and inertia. Through mastery of body mechanics, you can develop the ability to stop your movement instantly…just in case you initiate a wrong move.

In addition to the seven keys, you should incorporate speed hampering drills into your training for complete speed development. Speed Hampering is the ability to effectively slow down the opponent’s reaction time to your attacks. Having good speed hampering skills will enhance your ability to confuse, immobilize, and defeat an opponent.

By focusing on the maximum development of each individual speed component, your training will be more efficient and effective. This will help you develop superior speed and reflexes in the shortest possible time. 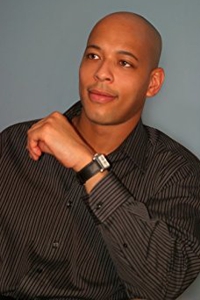 Use the innovative Speed Loop training system to improve the seven keys to martial arts speed and you will see a significant improvement in your total speed and reflexes.

About the Author
J. Barnes has more than 20 years of experience in Mixed Martial Arts. He is the author of Speed Training for Martial Arts: How to Maximize Speed for Competition and Self-Defense, which is published by Fitness Lifestyle and is available through Amazon.com, all major book retailers, and all major martial arts suppliers.

Developing Speed In the Martial Arts

Donald Miskel - November 29, 2016
We use cookies to ensure that we give you the best experience on our website. If you continue to use this site we will assume that you are happy with it.OkRead more