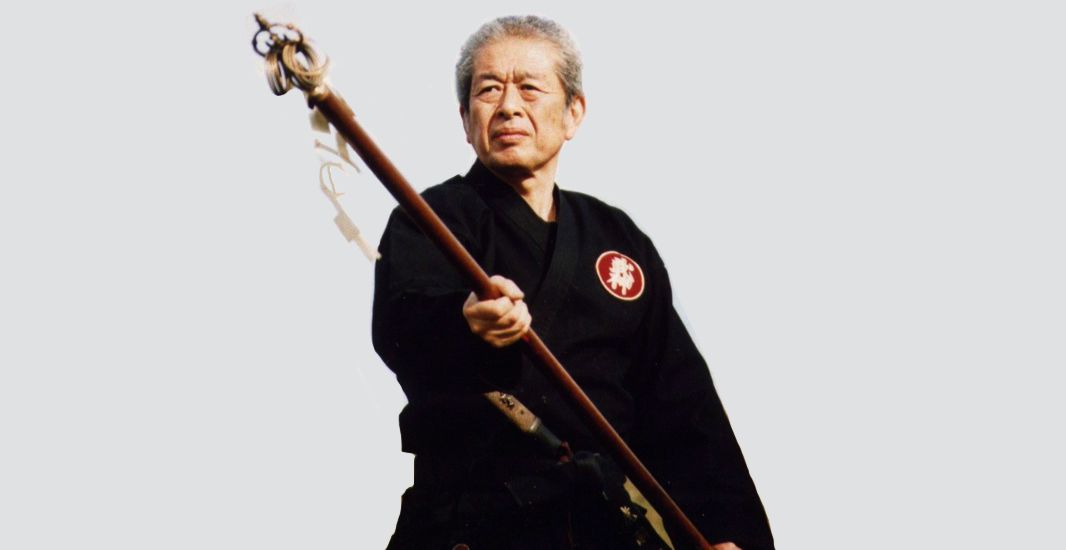 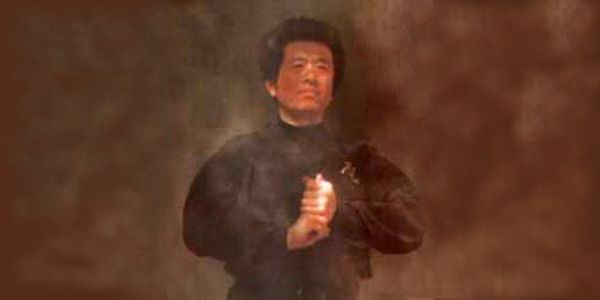 (I know there are many errors contained here. I have not corrected them, instead I posted the article as it was published . . . Merlyn)

It is with much respect and admiration that we welcome the literary and philosophical contributions of Dr. Masaaki Hatsumi to our magazine. Dr. Masaaki Hatsumi, as many of you know by now, is the 34th Soke (Grandmaster) of Togakureryu ninjutsu, the title having been passed down to him from his master, the late Toshitsugu Takamatsu, 33rd Soke. What many people are not aware of, however, is that the venerable Takamatsu also bequeathed his prize student the authority and position of headmaster in seven other martial arts:

Titles alone, of course, do not describe the man entirely, and only barely touch upon the universal approach to life that he so eloquently embodies. A deeper insight may be had by reading his own preface in his widely acclaimed book, NINJUTSU: HISTORY AND TRADITION (Unique Publications). Soke Masaaki Hatsumi states:

I believe that ninpo, the higher order of ninjutsu, should be offered to the world as a guiding influence for all martial artists. The physical and spiritual survival methods eventually immortalized by Japan’s ninja were in fact one of the sources of Japanese martial arts. Without complete and total training in all aspects of the combative arts, today’s martial artist can not hope to progress any further than, mere proficiency in the limited set of muscular skills that make up his or her training system. Personal enlightenment can only come about through total immersion in the martial tradition as a way of living. 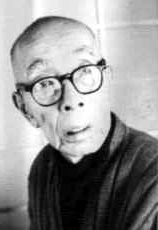 By experiencing the confrontation of danger, the transcendence of fear or injury or death, and a working knowledge of individual personal powers and limitations, the practitioner of ninjutsu can gain strength and invincibility that permit enjoyment of the flowers moving in the wind, appreciation of the love of others, and contentment with the presence of peace in society. The attainment of this enlightenment is characterized by the development of the jihi no kokoro, or “benevolent heart”. Stronger than love itself, the benevolent heart is capable of encompassing all that constitutes universal justice and all that finds expression in the unfolding of the universal scheme. Born of the insight attained from repeated exposure to the very brink between life and death, ninpo’s benevolent heart is the key to finding harmony and understanding in the realms of the spiritual and natural material worlds. 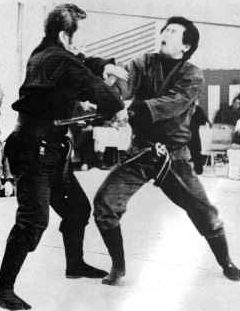 After so many generations of obscurity in the’ shadowy recesses of history, the life philosophy of the ninja_ is now once again emerging, because once again, it is the time in human destiny in which ninpo is needed. May peace prevail so that mankind may continue to grow arid evolve into the next great plateau.

So many testimonials have been written about Dr. Masaaki Hatsumi that, to list just a portion of them would entail the addition of countless pages to the magazine or warrant a special edition devoted to that subject alone. Barring that enterprise for the moment, we can happily accommodate the words of Yoshiteru Otani. Learning that his friend and teacher for 25 years was embarking on a series of articles for Ninja Magazine, Mr. Otani, 9th Dan, Jigen-Ryu, Founder and President of New York Iaikai acknowledged that:

“In the martial arts history of Japan, we have produced only a handful of major grandmasters. . . ” citing Ueshiba Morihei Sensei of Aikido fame and Mikune Kyuzo Sensei, 10th Dan of Judo, as two from the modern era. “Standing with them,” Mr. Otani asserts, “is Masaaki Hatsumi Sensei, a real genius in his time, a modern ninja without equal.”

“His dedication to the art of ninjutsu and his devotion to his profession as a chiropractic doctor creates an example of a man who has harmonized body and spirit.”

Mr. Otani considers him ” . . . not only the greatest martial artist alive, he is also a master of kindness and spirit. During my 45 years of study in martial arts and 30 years as a teacher, I have not met a man like him in any country. I know that by reading his artitles your readers will learn by his instruction and be inspired by his spirit. 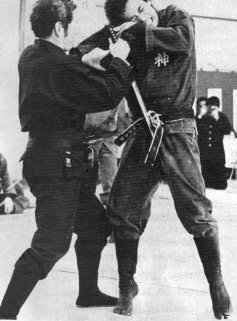 “We, the editors, have no doubt that that will be the case. Dr. Masaaki Hatsumi is a treasure of information whose wealth can be shared by all. In this, the first of what we hope will be many articles, Dr. Hatsumi briefly discusses his reasons for speaking to us from Japan, his birthplace and current residence.

The worldwide ninja movement is upon us. Because of this, many people have decided to call themselves’ “ninja”. Many (others) claim to know what ninjutsu is. Under these circumstances I must explain the reason for my taking up a pen to write about this art.

Today, the pen is stronger than the sword. I am living in the modern world, so as the only true ninja alive today, I must fight with my pen, not my sword, to introduce this 900 year old tradition of ninpo to those who are truly interested in the ancient art of the ninja.

The introduction of the ninja movement in the West, as I see it, is moving in the wrong direction. Why? Because ninjutsu was originally taught in a secret manner, and this secrecy was kept and observed for many years. Ninjutsu was not exposed. (Yet), those who never learned ninpo, those who just read books, for example, started to practice even though they had very wrong conceptions. It is therefore often thought that ninjutsu is used for assassinations and other evil purposes, and that those who practice it live in a “dark world”. Too many people believe that that is what a ninja is because that is the way it is being introduced.

Being a real ninja means living a good life, a life under the sun – a special place in the sun; to love people, to understand nature and animals, and to love the universe. This type of love I speak of must have a kind of balance in it: It is not only give and take, it is also give and return. The mind of a ninja is a mind of mercy, a mind of God. It is a state of mind that must be kept in order to live a straight, moral life.

Since ancient times, study of the arts and sciences were as important to martial arts as the study of self defense techniques. Ninja no kyomon, the study of all aspects of religion, medicine, mathematics and other disciplines are necessary, for correct judgment and selfunderstanding.

This has been a simple introduction to Hachimon, the basics of ninpo.

USAdojo - August 22, 2005
We use cookies to ensure that we give you the best experience on our website. If you continue to use this site we will assume that you are happy with it.OkRead more