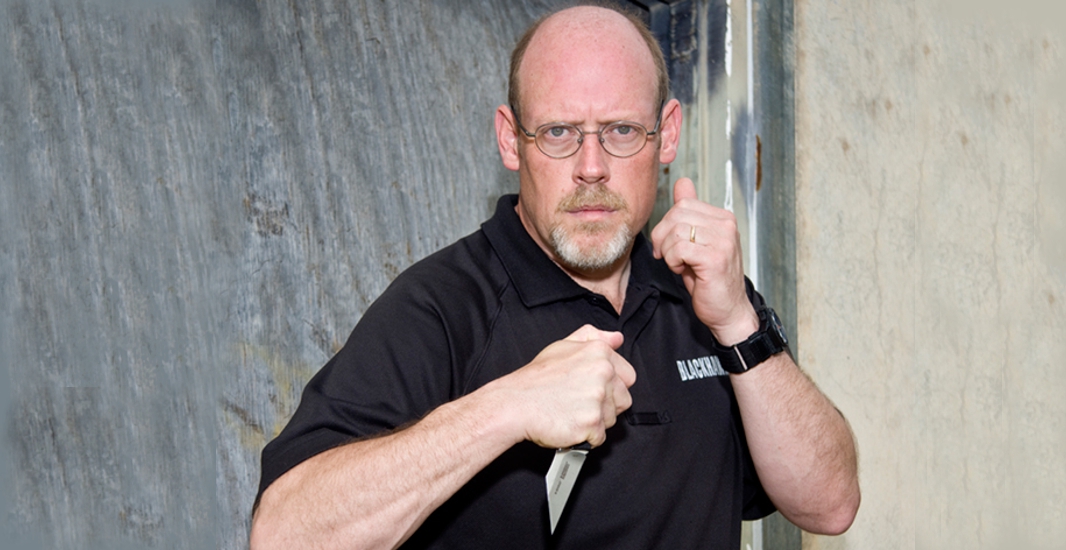 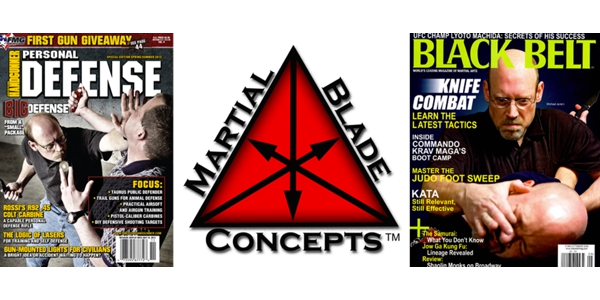 Michael Janich has been studying and teaching self-defense and the martial arts for more than 25 years. He has earned instructor’s credentials in American Self-Protection (ASP – an eclectic art that includes elements of judo, aikido, boxing, fencing and French Savate), the Filipino art of Serrada Eskrima, Joseph Simonet’s Silat Concepts and Datu Kelly S. Worden’s Natural Spirit and is a member of the elite International Close-Combat Instructors’ Association. He has also trained extensively in wing chun gung fu, tae kwon do, wu ying tao, Thai boxing, arnis de mano and U.S. Special Forces combatives. Michael Janich is also one of the foremost modern authorities on handgun point shooting and is one of the few contemporary instructors to have been personally trained by the late close-combat legend Colonel Rex Applegate.

Michael Janich served nine years in the U.S. Army Intelligence and Security Command, including a three-year tour at the National Security Agency. He is a two-time graduate with honors of the Defense Language Institute in Monterey, California (Vietnamese and Chinese-Mandarin) and a recipient of the Commandant’s Award for outstanding linguistic achievement. After completing his military service, Janich was recruited by the Defense Intelligence Agency (DIA) and served as an Intelligence Officer for that agency’s Stony Beach Program in Hong Kong and the Philippines. He also served as an Investigation Team Leader for the Joint Casualty Resolution Center (JCRC) and Joint Task Force-Full Accounting (JTF-FA) and has led numerous investigations into remote areas of Vietnam and Laos in search of information regarding American prisoners of war and missing in action (POW/MIA).

Michael Janich is the sole author of six books and co-author of seven, including Bullseyes Don’t ShootBack: The Complete Textbook of Point Shooting for Close Quarters Combat, which he wrote with the late close-combat legend Col. Rex Applegate. He has also been featured in more than 20 instructional videos on defensive edged-weapon use, use of the Filipino balisong knife, the use of throwing weapons and exotic weapons, stick fighting, and combat shooting. In addition to books and videos, Janich has been published in more than a dozen magazines and newsletters and is a columnist and contributing editor to Tactical Knives magazine. His television appearances include Ripley’s Believe It or Not, multiple appearances on the Outdoor Channel’s Shooting Gallery andSPIKE TV’s Don’t be a Victim, and a feature appearance on the Discovery Channel’s Time Warp. He is also the co-host of the Outdoor Channel’s The Best Defense and The Best Defense: Survival.

A popular seminar instructor, Michael Janich has presented instructional programs for the world-famous Gunsite Training Center, James Keating’s Riddle of Steel, and Joseph Simonet’s Wind and Rock training camp. He is the developer of Martial Blade Concepts (MBC, formerly known as Martial Blade Craft) — a comprehensive curriculum that covers all aspects of employing knives as personal defense tools — and Counter-Blade Concepts (CBC) — a highly effective system of defending against edged-weapons with empty-hand and improvised-weapon tactics. Janich’s MBC/CBC curriculum also forms a foundation of skill that is easily transferred to improvised weapons and empty-hand fighting skills, including his personal systems of Damithurt Silat (unarmed combatives) and Sobadiwan Eskrima (the use of sticks, canes, and other impact weapons). Collectively Janich’s teaching constitutes one of the most comprehensive and practical personal defense programs available today.

Michael Janich’s accomplishments were formally recognized by the martial arts world when he was featured on the cover of Black Belt magazine in September of 2009 and later inducted into the prestigious Black Belt Hall of Fame as the 2010 Weapons Instructor of the Year.

Michael Janich is widely recognized as an authority on edged-weapon design and has designed knives for Spyderco, the Masters of Defense knife company, BLACKHAWK!, noted custom knifemakers Mike Snody, Wally Hayes, Brent Beshara, and Mickey Yurco, and Combat Elite. His designs, including the “Tempest,” “Yojimbo,” and “Yojimbo2” tactical folders and the “Ronin” and “Kalista” fixed blades, have developed a tremendous following among dedicated knife users.

Michael Janich personally established Paladin Press’ Video Production Department in 1994 and ran all aspects of Paladin’s video production for 10 years. An accomplished videographer and editor, he produced more than 100 instructional videos during his tenure with Paladin and personally recruited some of Paladin’s most popular authors, including Kelly McCann, the late Jim Cirillo, Louis Awerbuck, James Keating, Joseph Simonet, Mark Hatmaker, and Bill Kipp. Janich was also personally selected to work with the late Col. Rex Applegate as the producer of his landmark instructional videos on handgun point shooting.

Currently Michael Janich serves as the Special Projects Coordinator for the Spyderco knife company of Golden, Colorado. With Spyderco‘s support, he continues to offer state-of-the-art tactical training as co-host of The Best Defense on Outdoor Channel.

Terry Wilson - August 14, 2003
We use cookies to ensure that we give you the best experience on our website. If you continue to use this site we will assume that you are happy with it.OkRead more