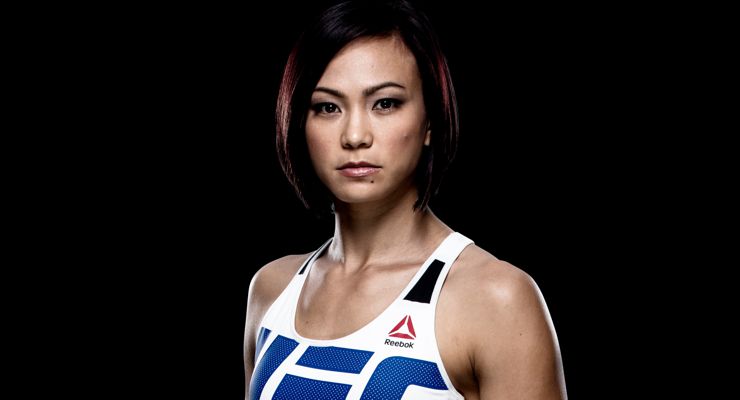 American mixed martial artist and UFC competitor, Michelle Waterson, was born on January 6, 1986 in Colorado Springs and she was raised in Aurora, Colorado. She attended Aurora Central High School and began modeling there. She began her career as a ring girl and went on to fight her first professional fight February 16, 2007 against Andrea Miller at Ring of Fire 28: Evolution, winning by unanimous decision. She fought professionally without ever having fought an amateur fight. So far she has fought 4 different events with UFC, winning 2 and losing 2. She is also the former Invicta FC Atomweight Champion.

Michelle Waterson began studying karate when she was ten years old and she earned a Black Belt in American Freestyle Karate. She has also trained in Wushu kung fu, Brazilian Jiu-Jitsu, boxing and wrestling. She became well know as a contestant on the Oxygen channel’s reality television series Fight Girls, which was much like Spike TV’s Ultimate Fighter. Fight Girls included 10 female fighters who lived together and trained in Muay Thai. The winner traveled to Thailand to fight in Thai championships. She was then featured as on of the fighters in the reality show Bully Beatdown.