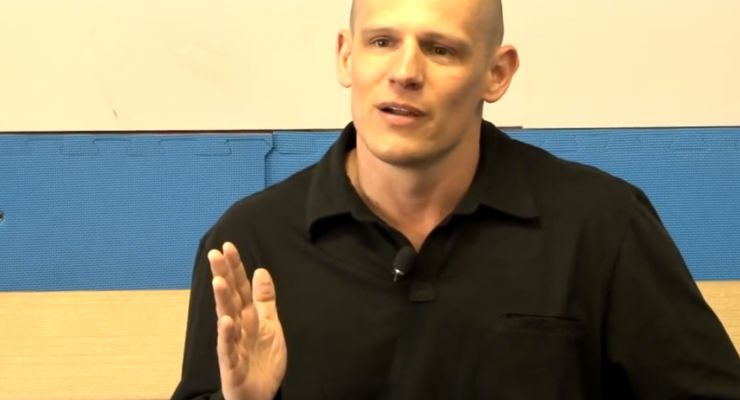 Matt Numrich is the founder of Elite Defense Systems (EDS). Mr. Numrich was certified as one of only a handful of Full Instructor of Jeet Kune Do (JKD) and the Filipino Martial Arts by Sifu Paul Vunak (under Guru Dan Inosanto). He is currently 1 of only 12 instructors which hold this level in the Midwest. He also holds only 1 of 48 Certified Executive Instructor positions under Progressive Fighting Systems, which is the nation’s “crème de la crème” in functional Jeet Kune Do. Matt Numrich has also had the pleasure of training with some of the other elite JKD instructors such as Sifu Larry Hartsell (original student of Bruce Lee) and Thomas Cruse (past instructor of the Navy SEALS).

Matt Numrich still teaches at the academies, when most owners hand the instruction over to the “best student” in the class. His passion is using the martial arts to increase the qualities of his students lives. Whether he is teaching character values to children, intense street fighting drills to men, or confidence building self-defense techniques to women – Matt Numrich is living his mission. He has hand selected a small group of students, and developed them into the areas best instructors.

Matt Numrich has written a manuscript on JKD currently under publication review, in addition to several articles in US and international martial arts magazines as well as for USAdojo.com. In 2001, he completed the first JKD on DVD instructional series, which is now distributed around the world. Mr. Numrich was used as a public media resource after the attacks of 9/11, in addition to running several out of state seminars. In late 2003, he was invited to teach instructors of the Federal Air Marshal’s Chicago O’hare office .

Most recently, he completed the Jeet Kune Do Self-Defense Matrix, which is the perfect “at home” training companion and a great suplimentary program for students at all levels. National publications and experts alike have hailed this program as “unique and ground breaking” at it not only focuses on the content of JKD (what is taught), but the method (how it is taught), resulting in an incredible training tool. For more information on this, please go to: www.FearlessStreetFighter.com

Currently, he continues to run full time lessons at Rockford, IL schools. Having obtained both a Bachelor’s and Master’s degree in Psychology has aided him in special developments in mental/emotional training. Whether in person or through his instructional DVDs, Matt Numrich makes self-defense training simple and fun, all while getting a great workout!

EDS has a pool of students which consist of police officers, security guards, military, other martial arts instructors, men, women and children of all ages. EDS’s close-knit group of students creates an atmosphere of faster, more effective learning for all. Through its many services, EDS has specialty instructors for different groups of students, including law enforcement organizations, security companies, young adults, children with learning disabilities (ADD/ADHD), and family members seeking proactive home/environment safety. Mr. Numrich instructs the majority of regular classes, which focuses on the most sought after art: Bruce Lee’s Jeet Kune Do.