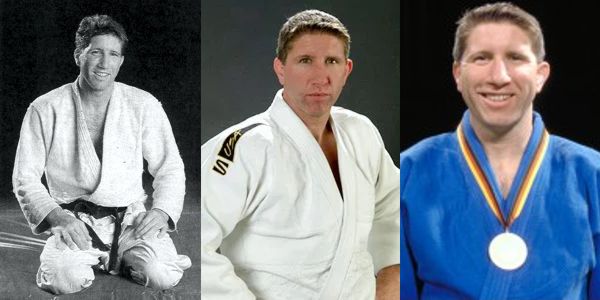 Mike Swain also participated in a number of tournaments that are not as well known outside of the judo world, but very prestigious within it, such as the Kano Cup in 1986. In major international competitions, his record includes six gold medals, eleven silver medals, and nine bronze medals. As a competitor, Swain was known for his elegant classic Japanese style, as he had traveled to Japan and studied there as a young man. Later in his career, he coached the US men’s team in the 1996 Olympics.

Mike Swain is an alumnus of the San Jose State University judo program, training under Yosh Uchida. He is currently a coach for the Spartans, and handles much of the head coaching duties for the semi-retired Uchida. In 2005, Swain and the SJSU Judo Executive Committee established The Swain Scholarship, the first judo athletic scholarship at a major American university.

Mike Swain is the owner of Swain Sports International in Campbell, California.

For more information about Mike Swain and Swain Sports International visit their listing on the Martial Arts Schools & Businesses Directory or FindADojo.com by clicking on the image on the left.

USAdojo - September 23, 2006
We use cookies to ensure that we give you the best experience on our website. If you continue to use this site we will assume that you are happy with it.OkRead more