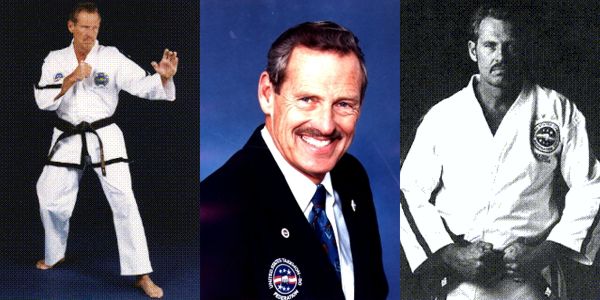 Tae Kwon Do Master Charles Sereff was born in 1933 in Denver. He began training in Moo Duk Kwan in 1961 under Robert Thompson and received his Black Belt in 1963. That same year, he opened a small store-front dojang, which was the first Korean style school in the Denver area. In 1965, he brought Tae Kwon Do instructor Moon Ku Baek from Korea to Denver to teach for him, and it was then that he became associated with General Choi Hong Hi, the founder of Tae Kwon Do and his International Tae Kwon-Do Federation (ITF).

In the meantime, Charles Sereff began to establish Tae Kwon Do clubs at the U.S. Airforce Academy, the Denver YMCA, and at various recreation centers as well as at major colleges in Colorado and Wyoming.

In 1974, at the request of General Choi, Charles Sereff helped form the United States Tae Kwon Do Federation (USTF). The Federation today consists of 11 regional directors, and 35 State directors from Florida to California. There are members in Jamaica, Mexico, New Zealand and New Guinea. Sereff, who was elected president in 1979, still retains that position. The USTF has an executive committee made up of 23 Master Instructors. 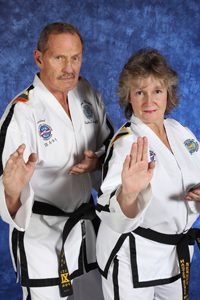 Over the years Charles Sereff has spent an enormous amount of time traveling world wide promoting General Choi’s Tae Kwon Do, but he still found time to coach the U.S. team to victories at the ITF World Championships in Montreal in 1975 nd in Athen in 1982. At the ITF World Championships held in Malaysia in 1994, Charles Sereff was appointed Vice President of the International Tae Kwon Do Federation.

Charles Sereff promotes an annual Tae Kwon Do summer camp in the Rocky Mountains of Colorado. The camp, which began as a small event held in a small YMCA campground, today draws more than 400 people from over 30 states and from countries such as Scotland, Columbia, Jamaica, New Zealand, Germany, Canada, Mexico, and New Guinea.

Charles Sereff, who was the first non-Asian to be classified as an international instructor by the International Tae Kwon Do Federation, oversees an organization of thousands of students. In his 40 years of teaching he has graded over 8,000 black belts. He is currently living in Colorado and still teaches red and black belts on a regular basis, while continuing to promote traditional Tae Kwon Do world wide. In 1997 he was promoted to 9th dan in Tae Kwon Do.

Grand Master Charles Sereff and two of his black belts, Jim Smith and Bob Johnson have recently formed a partnership to launch their own production company; Vital Spot. Grand Master Sereff and Vital Spot will be producing a brand new line of sparring gear available to the martial arts and self defense industry with an anticipated production date of January 2006.

Grand Master Sereff currently resides with his wife Kim in Broomfield, Colorado. His school, Sereff Tae Kwon Do, is also located in the Denver suburb.