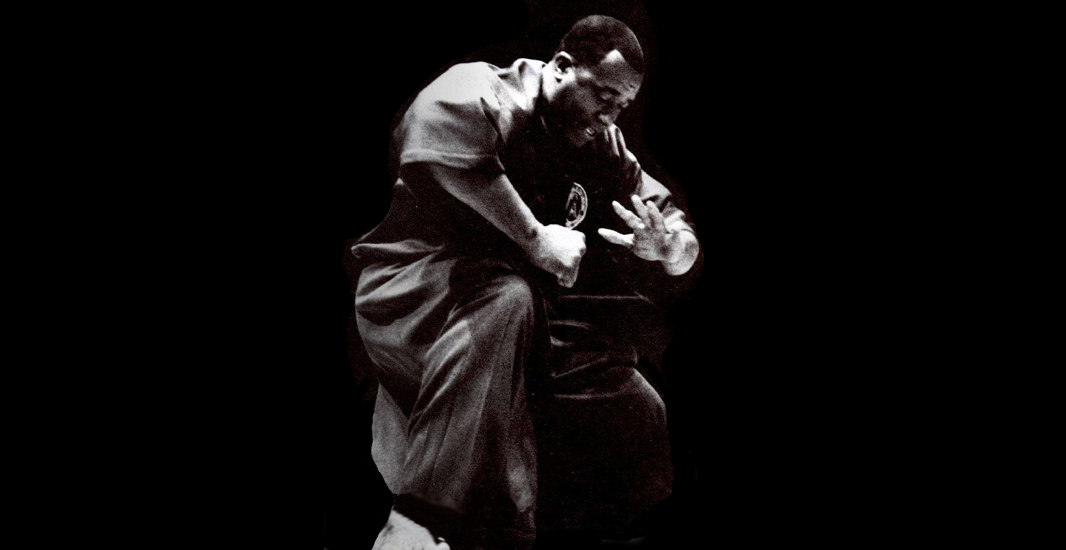 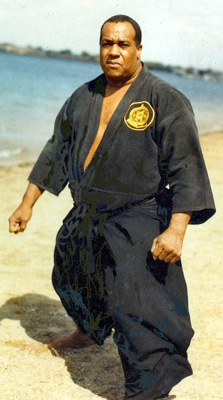 Dr. Moses Powell, was a 10th degree Black Belt one of the true legends of the martial arts world. He was the founder of Sanuces Ryu, a fighting style that combines his over 45 years of experience in various martial arts. He was a member of both the Black Belt Hall of Fame and the World Karate Hall of Fame. Dr. Powell was the first martial artist invited to demonstrate martial arts at the United Nations and a featured martial arts demonstrator at the New York World’s Fair. Dr. Powell was one of the first African-American martial artists to teach the fighting arts to U.S. law enforcement agencies including the Secret Service and FBI. In addition to these great accomplishments, the Benin Empire of West Africa awarded him the international Benin Award in 1972 for his community work and efforts throughout the world.

Dr. Moses Powell was deeply committed to sharing his knowledge and principles with all. He helps ex-offenders by teaching them self-respect, self-control and honesty through the martial arts. To this day, Dr. Powell continues to work with disadvantaged youth and senior citizens around the country. Dr. Powell was featured in “Masters of the Martial Arts”, “Warrior Within” and many other films. His Sanuces Ryu system is unparalleled in its combat effectiveness and brute simplicity. Dr. Powell is the consummate martial artist and Sanuces Ryu is the ultimate martial art! He gives all praises to the Creator for His blessings and attributes his success to his teacher, the late Grand Professor Florendo Vistacion, founder of Vee-Jitsu Ryu, who was laid to rest in December 1998.

Sanuces in its most basic form means survival through simplicity. On the mental and spiritual level, Sanuces is based upon divine knowledge of self and its practical application. While on the physical level, the system is based upon simplistic movement to key areas of the body; thereby dictating controlled responses in defense of one’s life. Sanuces incorporates the strengths of many arts such as Karate, Boxing and Arnis with the joint locking and nerve attacks of Jiu Jitsu. The Sanuces warrior is taught to walk the Earth in peace and never to be the aggressor. But when attacked, to fight with those who seek to fight. Given no other alternative but to fight, we are to fight to the death.

Dr. Moses Powell was a Martial Arts “living legend” with more than 47 years of consummate study in the fighting arts. His experience and achievements are countless and his name is world-renowned.

In 1965, Dr. Moses Powell was the featured martial arts demonstrator at the New York World’s Fair. The following year in 1966, he was the first martial artist to receive The African Benign Arts Award. Between 1967 and 1968, Dr. Powell pioneered his craft by traveling overseas to the Caribbean. There, he introduced Sanuces Ryu Jiu Jitsu to the island of Jamaica and Trinidad and to Bermuda in the early 1970’s. Dr. Powell was inducted into the International African Arts Festival’s “Living Legend” Award, and was the first African-American to teach the fighting arts to law enforcement agencies around the world.

In January of 2003, Dr. Moses Powell said, “I have been called the Pioneer, the Missionary, and the Lumberjack of Martial Arts. When I think about it, I’d like to be remembered as the man I am…Moses Powell. It’s not about making yourself anything; but it is about earning your rewards as you go along. Remember, there is no such think as a book master, you have to fight in the trenches or on the mat…I want young people to realize that there is a history to look up to, and a path of greatness to follow and further pave.”

Dr. Moses Powell was born on January 13, 1941 in Norfolk, Virginia to Athenia and Moses Powell, and passed away on January 22, 2005 due to respiratory failure.

“To list all of his accomplishments, honors and awards would be impossible. To say he made a difference would be an understatement. He was a man chosen to be great. What he made of that greatness is what truly separated him from other men. He gave over 50 years of his life to Martial Arts. It was his love and his life and most of all it was what he believed in and trusted. He was a natural teacher. A “let me show you” kind of man. And when he showed you, you knew you had experienced something powerful enough to change lives.”

“Although we will not have the opportunity to see Grand Master Dr. Moses Powell in action again, and witness the fluidity and effectiveness of this Art by one of it’s Masters, he will always be in our memories and those closet to him will miss him dearly.”

USAdojo - September 5, 2013
We use cookies to ensure that we give you the best experience on our website. If you continue to use this site we will assume that you are happy with it.OkRead more