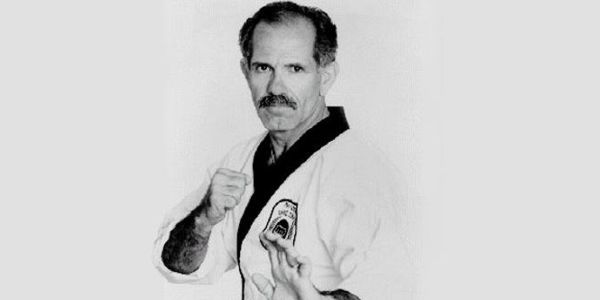 If you don’t believe Pat Johnson deserves to be Black Belt magazine’s 1995 Instructor of the Year, you try teaching turtles how to fight.

Among Pat Johnson’s mountain of accomplishments is, of course, his work with the stuntmen who doubled for the famous fighting amphibians known as the Teenage Mutant Ninja Turtles in the film trilogy of the same name. But that is no more than the tip of the proverbial iceberg as far as Pat Johnson’s martial arts resume goes. This is a man who has seen and done just about everything there is to do in the martial arts industry. Let’s roll some of his credits.

Pat Johnson began training in tang soo do in 1963 in South Korea during a stint in the military. From 1968 to 1973, after returning home, Pat Johnson served as the captain of Chuck Norris’ undefeated Black Belt competition team, which won its division at 33 consecutive tournaments. During that span, Pat Johnson fought nearly 200 matches, losing just once.

In 1968, Pat Johnson formulated penalty-point rules to discourage excessive contact in tournament sparring matches a system still in use today. And in 1975, and again in ’76, he won the Golden Fist award, recognizing him for his outstanding work as a sparring referee.

Pat Johnson ruled with not a golden, but an iron fist when, in 1968, he became the chief instructor at Norris’ Sherman Oaks, California, school.

“I believe in firm, hard-nosed karate,” says Pat Johnson, who quickly established a set of rules students at the school had to follow. “If you wanted to speak during class, you raised your hand. All instructors were referred to as ‘Mr.’ And if you had dirty fingernails or your uniform wasn’t ironed, you did push-ups.”

If parents of the students disrupted class by talking while they watched the training, Pat Johnson would order them to leave. Despite the disciplined atmosphere, the school thrived under Johnson’s direction. In six months, enrollment grew from less than 30 students to more than 350. “We were raking in a fortune,” Johnson recalls.

Success bred expansion, as Chuck Norris opened a chain of Southern California-based schools and founded the National Tang Soo Do Congress, naming Johnson the executive vice-president. The two eventually split up due to philosophical differences, and most of the organization’s students followed Norris to his new United Fighting Arts Federation. A small number of students remained with Johnson and the National Tang Soo Do Congress, which today numbers 160 black belts and 11 schools over five states.

“My organization is small, but it is close-knit and there is a lot of loyalty, which is everything to me,” Pat Johnson says. “I can forgive a lot of shortcomings if someone has loyalty. When the organization fell apart, a lot of people went with Chuck. Since that time, a lot of them have called and said they wanted to join my organization. But I say ‘Sorry.’ I want people around me who are loyal and who I can rely on. And I will be there for them when the bell sounds, by their side all the way.”

Pat Johnson spends most of his time working as a fight and stunt coordinator. In addition to his work on the Teenage Mutant Ninja Turtles films, he served as the fight choreographer for all four Karate Kid pictures, and he is currently working in that capacity on Batman and Robin, the much-anticipated fourth Batman blockbuster due out in 1997. Johnson, who has also appeared as an actor in nine movies, has been the personal martial arts instructor of celebrities such as Steve McQueen, Priscilla Presley, Bob Barker, Pat Morita (Mr. Miyagi) and Ralph Macchio (the Karate Kid)

Johnson’s biggest thrill from teaching is watching students improve. “That might mean the student comes home with a grand championship trophy or, in other cases, it may mean the student got all the way through a form,” he says. Seeing someone reach his full potential is a great feeling.”

Nearly 30 years have passed since Johnson started teaching tang soo do, but he has changed little, if at all.

“I’m still a rule-following, strict son of a gun when I teach,” Pat Johnson admits. “It’s the only way I know.”