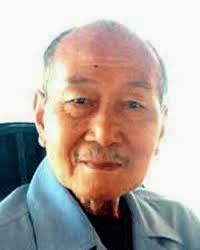 Great-Grandmaster Yuen-Chou Hu (1906-1997) was a native of Fut San and was more well-known in Hong Kong by the name Van Cheuk Woo. He began his Chinese martial arts training at the age of 9 with an acquaintance, a master of Choy Li Fut from the city of Fut San in Guangdong, China, named Ngau-Sing Chan.

At 16 years old he moved to Guangzhou (Canton) for high school and college, eventually he graduated from a Western Medicine Academy sponsored by the Red Cross, one of the first schools in southern China to offer the program, and there he met a Choy Li Fut master, one of the masters of that time with a great deal of Martial Arts knowledge from Southern China, the grandson of the founder of the Choy Li Fut system, Chan Heung, he was Great-Grandmaster Yiu-Chi Chan. Great-Grandmaster Hu spent 20 years of his life studying with Chan Yiu-Chi, becoming one of his most advanced pupils, he, together with Three other pupils, were nicknamed “The Four Kings of Heaven” because of their abilities and their great level of Kung Fu.

In 1945, Dr. Yuen-Chou Hu accepted a Russian Boxer’s challenge for a full-contact match in Fut San. He was not just representing the Hung Sing studio at that time for the full-contact fight; he actually represented the entire Chinese martial arts community of Fut San in taking this challenge. He won the match during the second round with a TKO. He helped the kung fu artists of Fut San city to gain face and respect for Chinese Martial Arts. Everybody in Fut San knew the name of Van Cheuk Woo in those days.

For decades, Great-Grandmaster Yuen-Chou Hu promoted the Chinese Martial Arts in Canton and Hong Kong, being known inside of Kung Fu circles by the nickname “Mr. Gam Chou” of the Martial Arts (Gam Chou is a special herb used in Chinese herbal medicine mixtures in order to balance them), he was and has been considered one of the last and highest level Grandmasters of Choy Li Fut and Tai Chi Chuan.

Before Hong Kong was handed over to China, Great-Grandmaster Yuen-Chou Hu and his wife moved to Taiwan. He died on the August 26, 1997 in Taipei, Taiwan, at the age of 91 years.

Today, Great-Grandmaster Yuen-Chou Hu’s teachings continue to live through his most outstanding senior student, Grandmaster Doc-Fai Wong, who has extended his teachings all over the world.