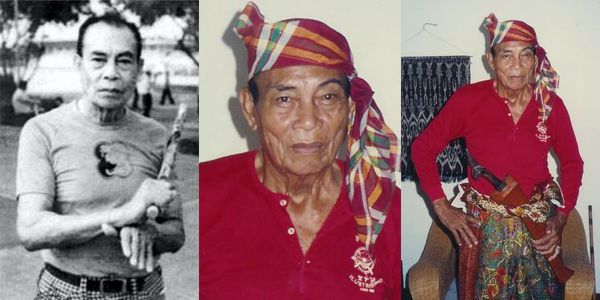 Antonio Ilustrisimo known as Tatang was born in Bagong, Bantayan, Cebu in 1904 and died in 1997. He was the Grand Master of Kali Ilustrisimo, a Filipino martial art bearing his family name.

Antonio Ilustrisimo was one of the most well respected eskrimadors of the Philippines; He is famed for winning countless duels and street encounters, as well as serving as a guerrilla against the invading Japanese forces during World War II. GM Ilustrisimo was never defeated in combat, and earned great respect as a result of his brave exploits against the Japanese. In 1976 Antonio ‘Tatang’ Ilustrisimo accepted his first students Antonio Diego and Epifanio ‘Yuli’ Romo. After Tatang’s passing in 1997, Tony Diego was elected head of Kali Ilustrisimo. Other notable students include Rey Galang, Romy Macapagal, Roberto Morales, Christopher Ricketts, Pedring Romo, Norman Suanico and Edgar Sulite.